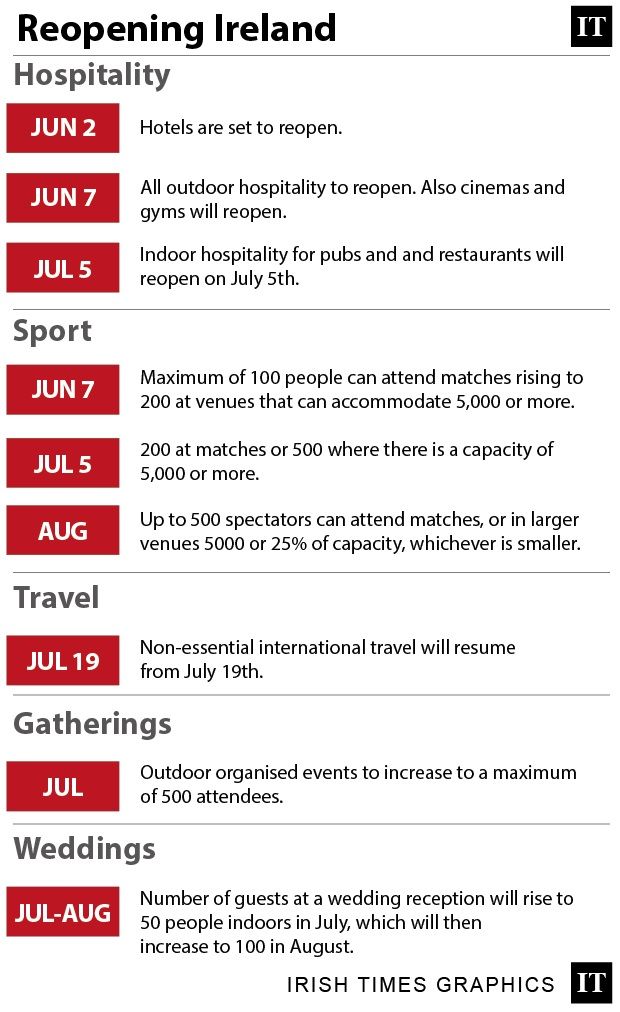 Many young people who would normally work in the hospitality industry during the summer are taking a break instead and living off their savings from the pandemic unemployment payment (PUP), a west Cork hotelier has claimed.

PJ McMahon, operations manager at the Schull Harbour Hotel, said it was a slow process hiring staff for this week’s reopening.

Mr McMahon, who has worked in the hotel industry since he was 16, said the sector had been struggling to hire staff long before Covid struck. But it had been especially difficult this summer with freedom finally on the cards for young people who have had a difficult year.

“They still aren’t able to spend it. They are not spending €100 a week in pubs or nightclubs. They are spending €20 on a bag of cans and sitting on a pier.

“These people have been locked up for the last six months. They want to embrace the situation where they are out at the weekend, out with their friends. I can understand it.

“To be honest, the thoughts of working through the summer at weekends … I will be here … but many people don’t want to do that.”

Mr McMahon said some young people had gone off the PUP payment and straight in to jobs in supermarkets or call centres where the hours were more amenable to social life.

He said people also avoided the hotel sector because of the perceived lack of stability.

“Bars have been closed for 18 months and we have been shut down three times. A lot of people have moved on to more secure jobs.”

Mr McMahon has also encountered job applicants who only want to work from Monday to Friday “because they have realised that there is quality of life out there at the moment. They want to embrace the weekends.”

“Unfortunately for an industry like ourselves we are not a Monday-to-Friday operation. It is seven days a week; 80 per cent of our business is on a Thursday, Friday, Saturday and Sunday.”

Mr McMahon said in generations past, hotel workers came up through the now defunct state training agency Cert and the industry didn’t have the “lowly” status it has now.

He added he had spoken to countless people in the industry about the difficulties in recruiting staff for hotels. “Everyone is struggling. Chefs are probably the biggest struggle … A lot of chefs have worked six months out of the last 18 so many have moved on to other jobs.”

The big hope was that there would be no further closures, said Mr McMahon who was complimentary of Government supports to the industry and of the PUP payment itself.

“There is loads of grants out there and I think the Government have been very good. I can’t fault them. We are just hopeful that this is it for closures.”

Hotels across the State are due to reopen their doors on Wednesday, while outdoor dining will return next Monday.