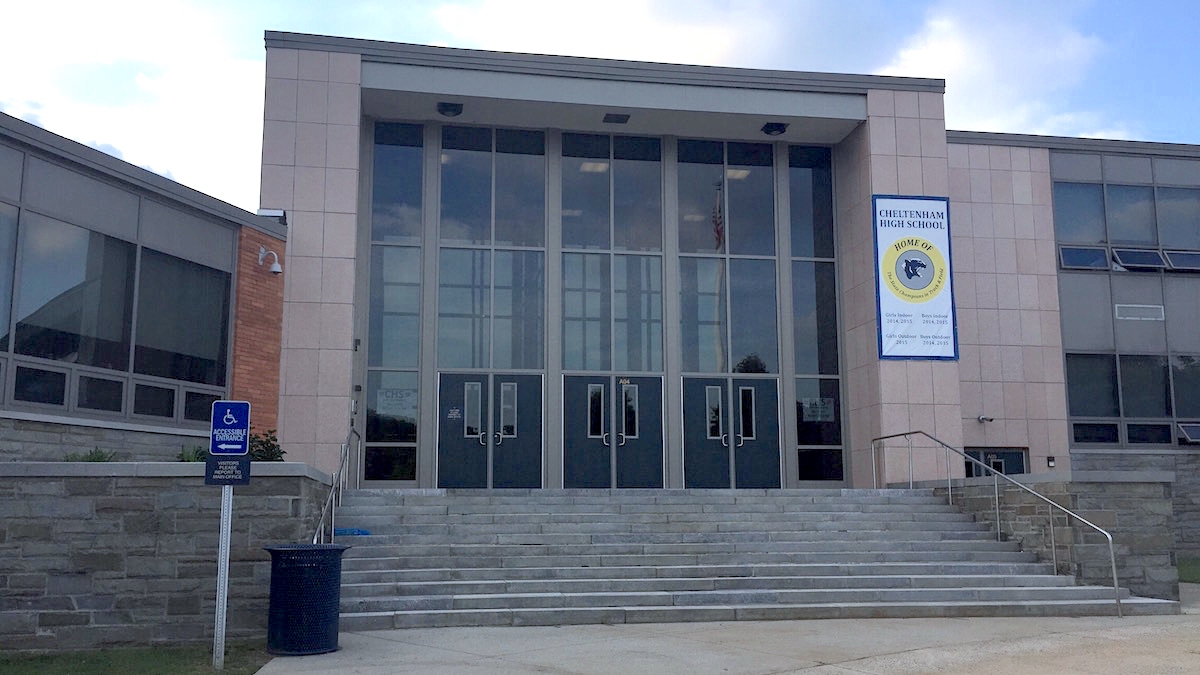 The new MOU, set to be incorporated within the coming weeks after a few minor language changes, removes the discretionary and recommended categories entirely.

Eve Glazier, a 2019 Cheltenham High graduate now in college and studying social movements, said she joined Police-Free CSD as a way to actualize “abolitionist, progressive” values in her home community. She said she is proud of the work the group has been able to accomplish.

“We’re going to take the win on this MOU, and we’re going to celebrate because I really do think that it is significant and that’s the big deal, but then we’re gonna get back to work, because there’s much more to be done,” Glazier said.

Fishbein said the district is taking more steps to improve restorative practices in the schools.

“That’s the key. That’s the concept behind the way we should be thinking about discipline in the 21st century. So we have implemented mindfulness education from kindergarten through 12th grade,” he said.

Advocates for removing police from schools say the issue of discipline disparities exists in many other districts.

“The bigger story is one about the school-to-prison pipeline. The reason why it’s so important to be looking at this data and to be looking at how schools are interacting with the police is because we have seen disastrous consequences happening as a result of having police in schools disciplining children. This was not always the case. In the history of America, most of American history, police were not in schools,” Meiris said.

She attributed the movement toward putting police in schools to the 1999 mass shooting at Columbine High School in Colorado. Fearing the threat of a mass shooter, she said, many school districts called for the hiring of school resource officers.

“And the thinking that the time was, if there’s a police officer, it may act as a deterrent to a school shooter, or they may be able to stop the school shooter without waiting the minutes that it would take for police to get to the school. That makes a lot of sense. And it made a lot of sense at the time,” Meiris said. “However, what we found in the decades since is that it’s not a deterrent to school shooters to have police on campus, that police on campus don’t even necessarily stop school shooters, even if they’re there. And what we didn’t realize was the very large unintended consequences of having police in schools.”

Philadelphia, Denver, and Seattle are just some of the major cities that have taken steps to either reduce police presence or remove police entirely from schools.

Cheltenham wasn’t the only school district for which Meiris sought discipline data. She has taken an extensive look at Montgomery County as a whole, and said the numbers show an increase in police referrals and wide racial disparities regardless of township or municipality.

Of the 11 school districts in eastern Montgomery County that Meiris looked at, six made no arrests during that year, and three made one arrest each — making Cheltenham and Norristown extreme outliers.

“We’re seeing children have police called because they’re sleeping in class or because they’re parking or because they’ve broken something or because of vandalism, things that are not actually crimes — but they’re calling the police and filling out police reports. And this is leading to the entrance into the criminal justice system, and then reflect recidivism rates are high. So once they’re there, they tend to stay there. And again, we’re seeing this happening for Black and brown students in large numbers,” Meiris said.

For Agbadan, such high stakes are the reason why the topic of police in schools should be discussed everywhere.

“The mental health of Black and Brown students in schools, I think, is very important and often ignored, and policing and discipline, and just the lack of resources in general, really hinder their ability to be the best students they can be.”