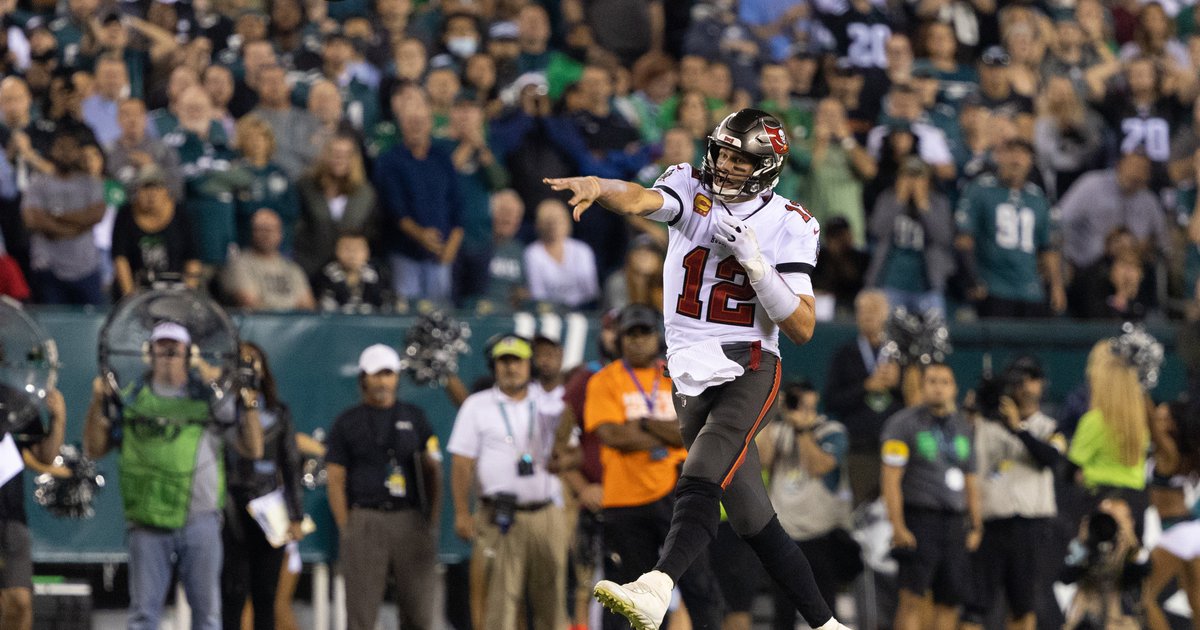 For the gambling enthusiasts, here are my wild card round NFL picks. To note, the team logos indicate who I think will win the game, not cover the spread. At the end of the picks, I’ll note a few teams that I like based on the spread — with all The Deflator” than the Bills.

Thirty active NFL quarterbacks have started at least one playoff game. Only 11 won their first playoff start. That would be an overall record of, you know, 11-19, or a winning percentage of 0.367.

Is that just trivia? I lean toward thinking it’s not, and that players can be legitimately affected by the pressure of a first playoff game start.

Eagles at Buccaneers (-8.5): The Bucs lost Chris Godwin for the season with a torn ACL, and I think we’ve all seen the Antonio Brown incident by now, which led to his release. Without Godwin and Brown, the Bucs’ offense isn’t quite as loaded as it was a few weeks ago, but they’re still plenty capable of putting a lot of points on the scoreboard. They employ the best player in the history of the NFL in Tom Brady, an outstanding offensive line, a true star receiver in Mike Evans, a tight end in Rob Gronkowski who has played with Brady for a hundred years, and a solid rushing attack.

Defensively, they have disruptive players littered throughout their roster, Like Shaq Barrett, Devin White, Vita Vea, Antoine Winfield Jr., and if he’s able to play on Sunday, Lavonte David. The reigning Super Bowl champs remain an extremely talented team, and one that went 7-1 at home in 2021.

The Eagles have the No. 1 rushing attack in the NFL, led by Jalen Hurts and a committee approach at running back. Assuming Nick Sirianni doesn’t forget that, the Birds should at least be competitive in this game. But ultimately, at some point Hurts is going to have to make plays with his arm, which could prove to be difficult for quarterback with below average accuracy on a rainy, windy day.

49ers at Cowboys (-3): The 49ers’ trio of Deebo Samuel, Brandon Aiyuk, and George Kittle are outstanding running after the catch. Samuel leads NFL wide receivers with 10.0 yards after catch per reception. Aiyuk ranks eighth, at 6.2. Kittle is fifth among tight ends, with 6.3. A year ago, he was first among tight ends, at 6.2.

The Cowboys, meanwhile, have the No. 1 defense in the NFL this season by DVOA, but one area where they have struggled is getting receivers on the ground after the catch. During the 2021 regular season, they gave up 2275 yards after the catch, fourth-worst in the NFL.

Of the potential first-round opponents the Cowboys could have faced, I think this was their worst possible draw, matchup-wise.

Steelers at Chiefs (-12.5): The Chiefs are the best team in the NFL heading into the postseason, in my opinion, while the Steelers are arguably the worst team in the tournament.

Cardinals at Rams (-4): Six of the NFC playoffs teams — the Packers, Buccaneers, Cowboys, Rams, 49ers, and Eagles — all had 4-1 records in their final five regular season games. The Cardinals went 1-4, which included a 30-12 loss to the Lions. It’s impossible to trust them right now.

MORE: Wentz the latest reminder not to trade for an Eagles QB | Eagles vs. Buccaneers: Predictions, betting odds and more for wild card playoff matchup | NFL Wild Card Odds: Five bets we like for Eagles vs. Bucs

Some links provided in this content are sponsored by Source link