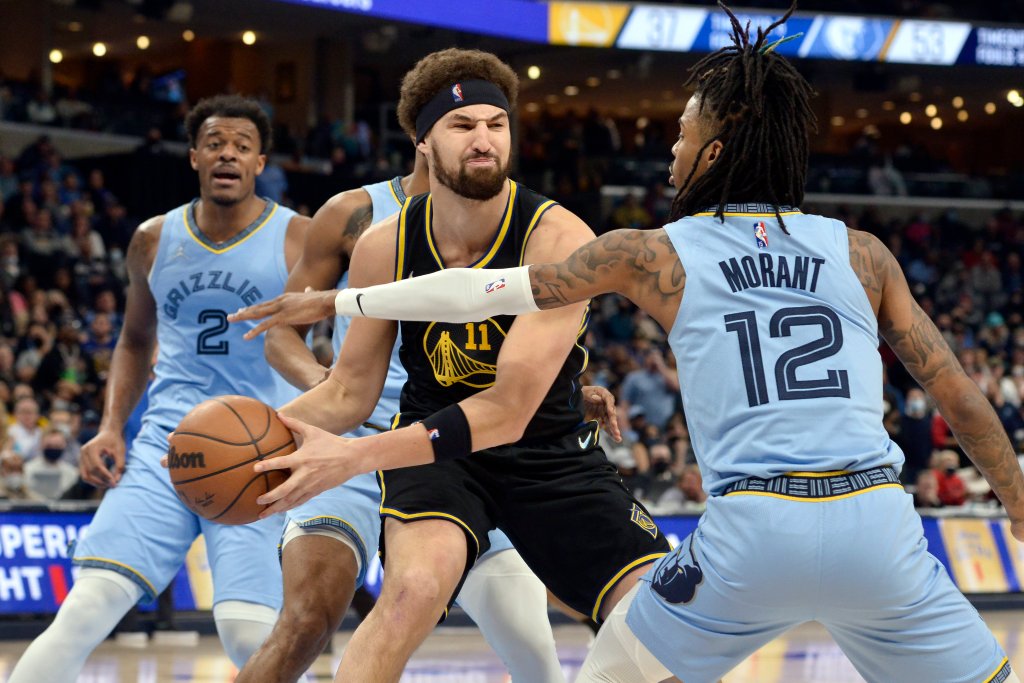 MILWAUKEE — Klay Thompson isn’t hurt. He isn’t tired. He’s feeling great after his first two games back from two and a half years away. The hardest part, he said, is simply that he can’t play enough, not yet.

Thompson, to start, has a strict 20-minute-per-game limit on his playing time, under the order of the Warriors’ medical staff, and has been limited to stretches of no more than 5 minutes at a time.

“It’s probably the biggest challenge for me, the minutes restriction,” Thompson said. “I’m such a competitor, I want to play 35.”

Coach Steve Kerr has planned Thompson’s substitution pattern with precision. Thompson has played approximately the first and last five minutes of each half during his first two games back. Just look at his total playing time for each contest: 19 minutes, 55 seconds against Cleveland; 19 minutes, 37 seconds against Memphis.

Nary a minute wasted.

Thompson has chucked up 31 shots and scored 31 points in that time.

But, when those 5 minutes are up, Thompson has found himself returning to the bench frustrated that it’s over so quickly. As soon as he finds a rhythm, it’s zapped.

“At times I’ll go back to the bench frustrated, but I really trust our team and our performance team to have my back,” Thompson said. “I’ve got to dial it back and accept the reality of what the last two years were like. You can’t just take that much time off and jump into a 40-minute ball game.”

Even Steph Curry, Thompson’s Splash Brother, said it’s taking some time to rediscover their connection that now has more than a decade behind it.

“You realize how quickly five minutes in the game goes by when you’re on a minutes restriction,” Curry said. “We’re cool with it because we want him to get comfortable and confident, but (that probably won’t happen) … until he gets to his full rotation where everybody else knows exactly how you can play off of each other in different lineups.”

As the Warriors slowly reintegrate Thompson into their rotations – he’s hopeful his minutes will increase in the next week or two, though that’s up to Dr. Rick Celebrini and his staff – they are also working to reestablish their identity as a team, Kerr said.

The offensive woes, Kerr suggested, were partially due to poor shot selection, evidenced by their plummeting numbers in expected and true field goal percentage.

“We did a great job these first 40 games of becoming a great defensive team. A lot of guys have played important minutes and established roles,” Kerr said. “But now that’s going to be shaken up a bit because Klay’s going to play a huge role. … This next month or so we’re going to shuffle the deck a little bit and try some different combinations and try to get everything in order for the stretch run and the playoffs.”

So far, most of Thompson’s minutes have come with the players he’s already most comfortable with: Curry and Kevon Looney, in addition to Andrew Wiggins, who teamed up for the first time with Thompson two games ago.

Wiggins has taken nicely to a more assertive offensive role this season. But with Thompson back, giving Golden State another scoring threat, Kerr said he’s conscious of keeping Wiggins as aggressive as ever, even while playing alongside Thompson.

All but 1:14 of Thompson’s total 39 minutes, 32 seconds during his first two games have come with Wiggins, more than Curry or Looney or any other teammate.

At practice Wednesday inside Milwaukee’s Fiserv Forum, in the portion open to the media, Thompson was working on dribble hand-offs with Jordan Poole, someone he’s shared only 5:09 of game time with over his first two games.

Poole was also a member of the lineup that last week was practicing inbounds plays with Thompson, with hands-on guidance from Kerr, along with Juan Toscano-Anderson, Jonathan Kuminga and James Wiseman.

All four are new to the organization since Thompson’s injury. But once Wiseman also returns from injury, the pairing could make for a formidable second unit.

“I’ve been seeing Steph for two years, so I saw how he plays,” Poole said. “Just seeing Klay now, he has a bigger body, a different type of style of play. It’s awesome to see that we’re so close to being full strength.”