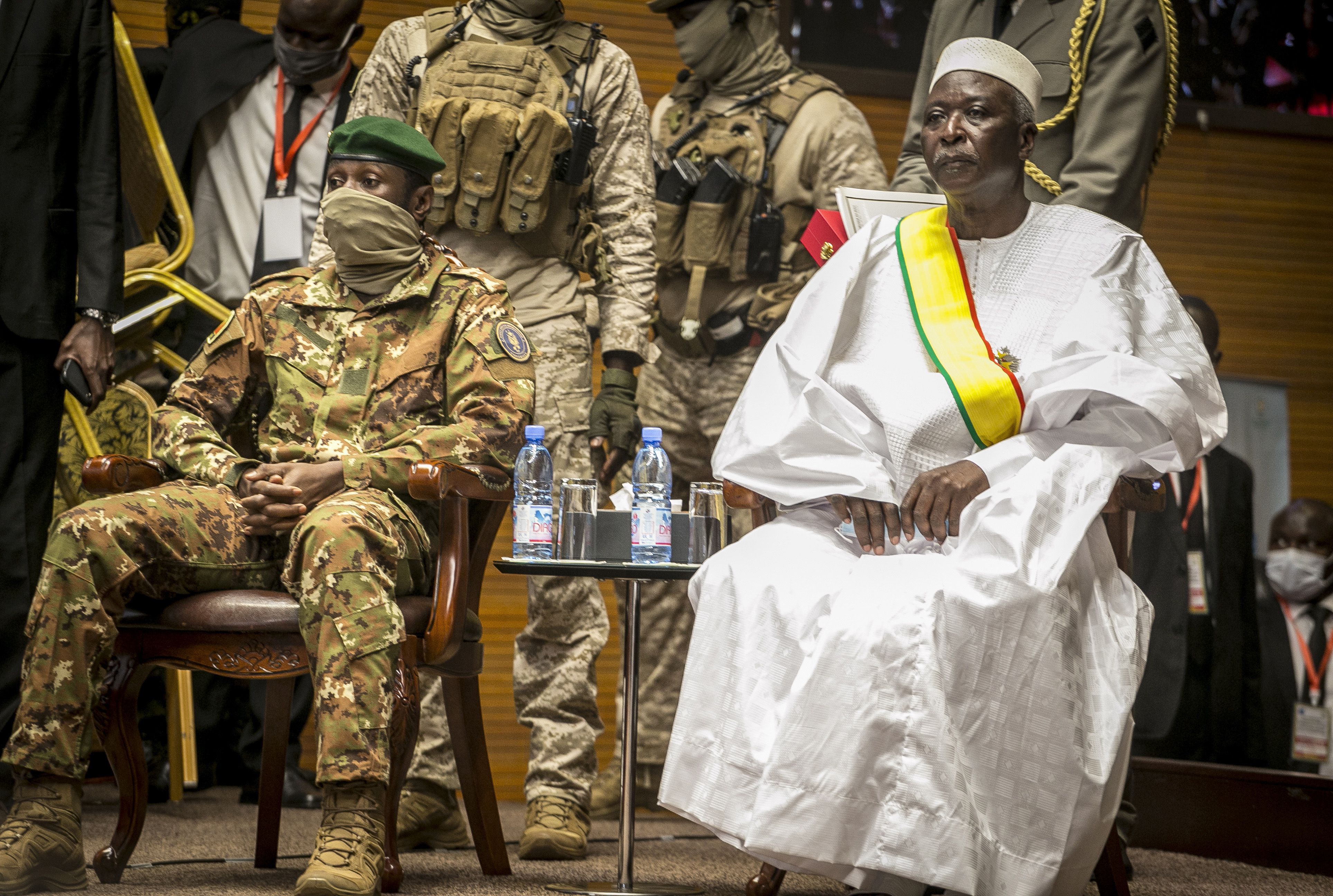 ACCRA – Leaders of the West African regional bloc gathered in Ghana for an emergency summit on Mali in response to the latest political crisis that threatens the stability of the country, Ghana’s president said Sunday.

President Nana Akufo-Addo opened the summit in Accra, saying the regional political grouping the Economic Community of West African States, known as ECOWAS, must “ remain resolute in supporting the people of Mali to find a peaceful solution, and restore democracy and stability in the country.”

Mali’s constitutional court on Friday named Col. Assimi Goita as the West African nation’s government days after he seized power by deposing the president and prime minister and forced their resignations. Their arrests Monday by the military took place hours after a new Cabinet was named the left out two major military leaders. The court Friday said that Goita would take the responsibilities of the interim president “to lead the transition process to its conclusion.”

Interim President Bah N’Daw and Prime Minister Moctar Ouane had been appointed following an August 2020 coup led also by Goita. The military staged a coup d’etat against former President Ibrahim Boubacar Keita that led to mediations then by ECOWAS that were also led by Nigeria’s former leader, Goodluck Jonathan. The transitional government was set up with Goita as transitional vice president. Elections were to be held in February and March 2022.

After taking power this week, Goita assured that elections would still be held, however, it’s unclear what part the military will play in the government given his latest actions.

The international community has condemned this latest power grab, demanding a transitional civilian government be put in place immediately. The African Union and ECOWAS were in Mali for mediations when N’Daw and Ouane resigned. The U.N. Security Council says they resigned under duress. The U.S. has already pulled its security force support and other bodies, including the EU and France, are threatening sanctions.

Akufo-Addo said Sunday that ECOWAS was committed “to the peaceful transition in Mali, with the basic goal of restoring democratic government, and working for the stability of Mali and of our region.”

He acknowledged that a May 14 dissolution of the government by the transitional prime minister was worrying and the reappointment of the new, broad-based government on May 24 hours before the arrests “generated considerable tension between various groups, particularly the military, as the former ministers for defense and security were not reappointed.”

Goita attended the summit as his first order of duty after being named transitional president by the court. Presidents Umaro Sissou Embalo of Guinea Bissau, Julius Maada Bio of Sierra Leone, Alassane Outtara of Ivory Coast, Adama Barrow of The Gambia and Muhammadu Buhari of Nigeria were also in attendance, along with presidents from Burkina Faso, Niger, Togo and Liberia. The summit should wrap up Sunday and is again led by Jonathan.

Ghana’s minister for foreign affairs, Shirley Ayorkor Botchwey, said the actions in Mali this past week “necessitated a reevaluation of the strategies adopted by ECOWAS to bring normalcy to the country.”

Copyright 2021 The Associated Press. All rights reserved. This material may not be published, broadcast, rewritten or redistributed without permission.