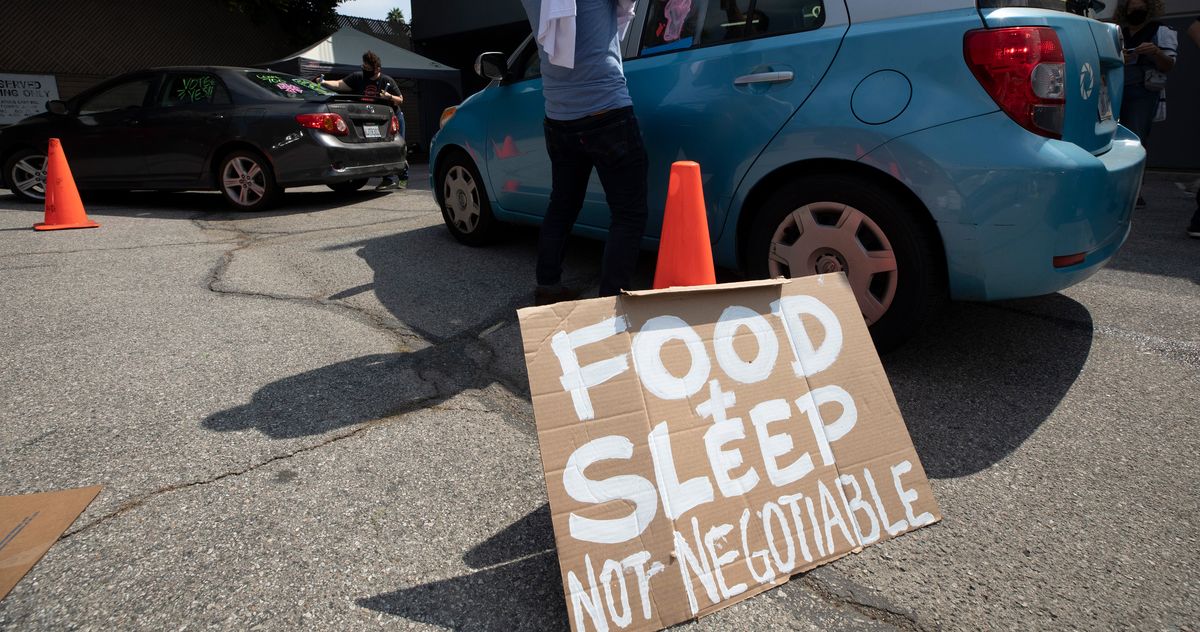 The numbers are astonishing: 1,400 workers at four Kellogg’s plants have gone on strike, 10,000 John Deere workers went on strike at midnight, 60,000 entertainment industry workers are ready to follow on Monday, and more than 34,000 Kaiser Permanente health-care workers have authorized a walkout too.

Why so many strikes at once? Let’s explore the meaning of the season. Strikes don’t happen overnight. A successful strike requires years of groundwork by organizers and activist workers alike. That’s because strikes demand much of workers: Although a union’s strike fund is there to help workers keep their lights on while they’re off the job, it typically doesn’t replace their full pay. On the picket line, workers often have to endure hostile conditions, such as rain or snow, or confrontations with scabs. Workers strike because they have exhausted all other options and when the hardships of striking are overshadowed by the hardships of working.

Examine the demands made by workers in each current or pending strike and certain common themes emerge across industries. At Kellogg’s, workers represented by the Bakery, Confectionery, Tobacco Workers, and Grain Millers International (which represented strikers at a Kansas Frito-Lay factory this summer) are protesting the proposed expansion of a two-tier wage and benefit system that, as Alex Press recently explained in Jacobin magazine, “created a ‘transitional’ class of employees with lower pay and benefits.” John Deere workers want wages that reflect the company’s profit margin — and to achieve this, they rejected the first contract the United Auto Workers put to them for a vote. At Kaiser, nurses and others represented by the United Nurses Associations of California/Union of Health Care Professionals and the Oregon Federation of Nurses and Health Professionals cite staffing shortages their employer has done little to remedy, along with another two-tier wage and benefit system that would disadvantage a class of workers. (The authorization vote doesn’t necessarily mean Kaiser workers will eventually go on strike, but it’s a strong sign they’re prepared to walk if Kaiser doesn’t come to the table with an acceptable contract.) The International Alliance of Theatrical Stage Employees is ready to strike and bring huge swaths of the entertainment industry to a standstill for enhanced rest periods and better wages and benefits.

Beyond obvious commonalities like the dreaded two-tier wage and benefit system, there’s another underlying explanation for Striketober: American workers are exploited, and they’ve had enough.

Union members are feeling bold. The John Deere strike, for example, occurs within a larger context; UAW members are getting ready to vote in a referendum to allow the direct election of union officers by individual members, rather than by delegates. Supporters say this would democratize the union, which has been plagued by recent high-profile corruption cases. “I don’t think direct elections are a panacea,” the labor historian Nelson Lichtenstein told The Guardian in May. “But given the actual nature of the beast — the endemic corruption, the collaboration with management, the lethargy of some UAW leaders — given that, direct elections is something that would shake things up. It would release new social forces and energy.” The result could be a more militant union and fewer contracts rejected by members.

Then there’s the labor shortage, proof that even nonunion workers are unwilling to settle for jobs that don’t pay well or otherwise justify the demands of employment. Quit rates are rising, most notably in the restaurant and hospitality industries, where workers may be at high risk of contracting COVID from the public. Consider that alongside the emergent strike wave and the resulting picture is one that should put American employers on notice. Striketober wasn’t inevitable. It is the product of worker anger that has been building for years, even decades. Employers could have prevented a strike wave by dealing fairly with the workers responsible for their profit margins. With tens of thousands of workers either off the job or ready to walk, it should be apparent that the status quo is no longer sufficient. Workers are demanding more, both from their own unions and from employers, too. This Striketober, workers remember: Labor is entitled to all it creates.