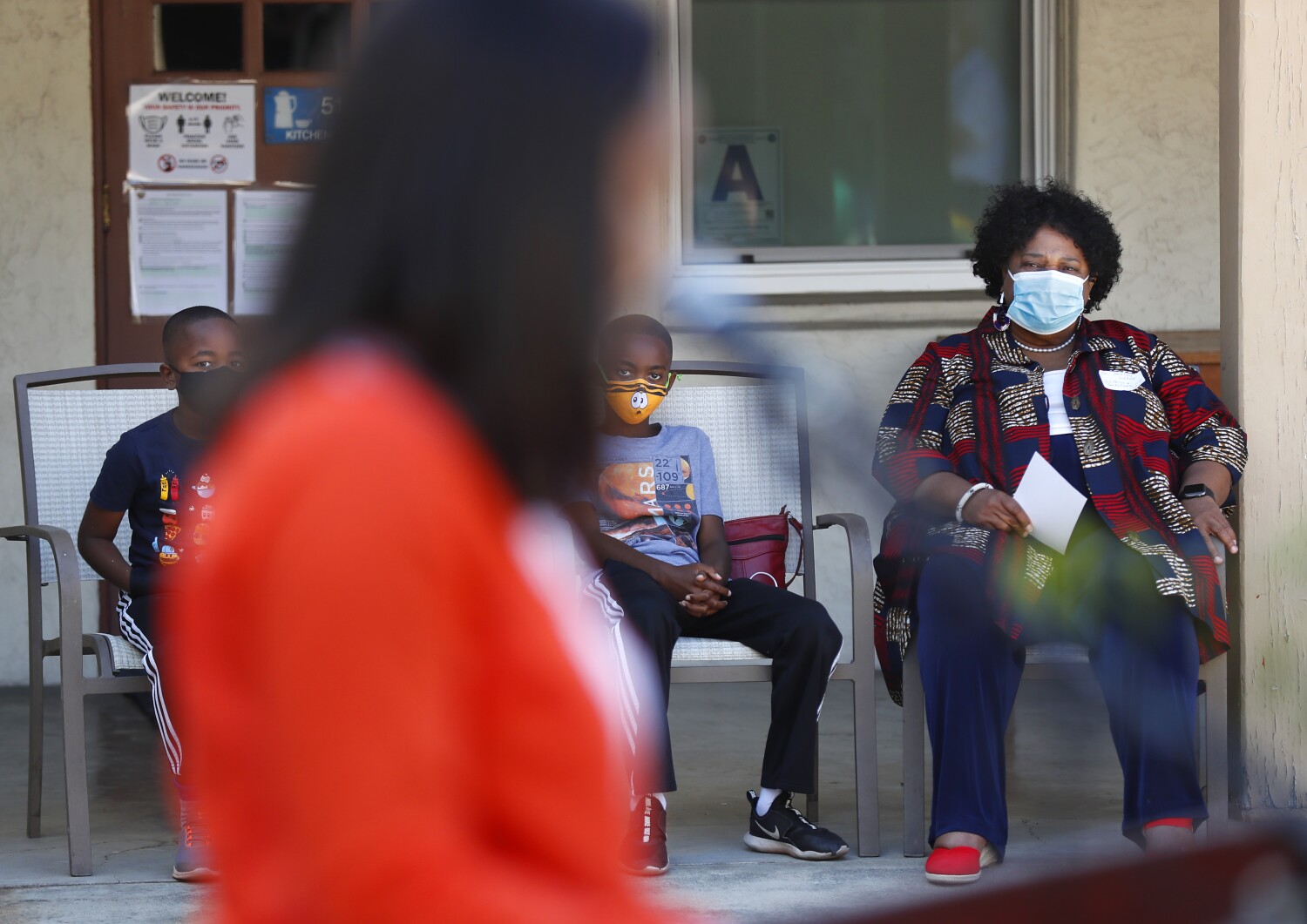 A year after a large protest against police violence and racial injustice turned riotous in downtown La Mesa, community members, including state and local elected officials, said the work toward justice is not over.

Although the community united in the immediate aftermath of the riot’s destruction and has had tough but important conversations, the dialogue must continue, speakers said Sunday during an event billed as “La Mesa’s Day of Remembrance.”

“Like any city, we’re not perfect, but we strive to be perfect,” said Assemblymember Akilah Weber, a former La Mesa council member. “We’ve done a lot of work over this last year to deal with some of the issues that caused the protest to come to La Mesa in the first place. We recognize that there’s a lot more work that needs to be done.”

The May 30 protest — which devolved into a riot that lasted into the early hours of the next day — came in response to the May 25, 2020 killing of George Floyd, whose neck was pinned under the knee of then-Minneapolis police Officer Derek Chauvin for more than nine minutes, as well as the arrest of Amaurie Johnson in La Mesa two days later. Then-La Mesa police Officer Matthew Dages grabbed and shoved Johnson during an encounter near the Grossmont Transit Center.

Both Floyd’s death and Johnson’s arrest were videotaped by witnesses. Days later, on May 30, protesters in La Mesa called out racial injustice and police brutality, pointing to both incidents.

Dages was later fired and charged with falsifying a police report. Chauvin was convicted of murder in Floyd’s killing.

The Rev. Christian DaMent of La Mesa First United Methodist Church, which hosted Sunday’s ceremony, said the events of a year ago made him realize he didn’t fully understand “all of La Mesa” as he thought he did and that he needed to ask more questions.

“I had stopped listening and looking for new understandings and new stories,” he admitted. “I had limited myself to easy and quick answers and became rather naïve to the community’s complexity and diversity and the challenges we all face.”

He said his congregation and others now meet via Zoom on a weekly basis for “dialogues on race.”

Mayor Mark Arapostathis said the experience, which he called traumatic, will be “the seminal point in La Mesa’s history.” He said the city must use the event to remember what “can happen when people feel dissolution” and exclusion.

“We need to be vigilant,” he said.

Secretary of State Shirley Weber shared a similar sentiment. She said “love and inclusion and peace and justice and freedom is a rare flower that demands from us constant attention.” On the other hand, “hatred, discrimination, exclusion is a weed and it grows best in neglect,” she said.

Her daughter, Assemblymember Webber, said May 30 of last year started as a “promising day” — one in which people wanted their voices to be heard — then “turned into a lot of pain” and destruction.

During the protest, demonstrators marched around the La Mesa police station in the heart of the city and onto nearby Interstate 8, shutting down freeway lanes. When they returned to the police station, the demonstration devolved into unrest. Police said some protesters threw rocks and water bottles at officers and sheriff’s deputies who stood guard outside the police station. Police declared the protest an unlawful assembly and issued dispersal orders, then fired tear gas and less-lethal rounds.

Some in the crowd set small fires and smashed police station windows with rocks.

La Mesa police Detective Eric Knudson shot a woman in the crowd with a bean-bag round. Knudson told officials he shot Leslie Furcon because he thought she hurled a rock at the deputies, police said. She threw a can.

The round lodged in her forehead and fractured her skull. Others also were shot and injured by less-lethal rounds throughout the unrest.

As night fell, looters targeted businesses big and small. Two banks and the historic Randall Lamb building were burned to the ground.

Assemblymember Weber and Arapostathis recalled that the community came together the next day to assist businesses that were damaged.

“We turned that pain into a new purpose,” Weber said. “We made sure we told our story of who La Mesa is and who the residents are and who the businesses are.”

She added, “I look forward to making sure that people know the real La Mesa — that we will not be defined by one incident but that we will define who we are and who our city is for ourselves.”