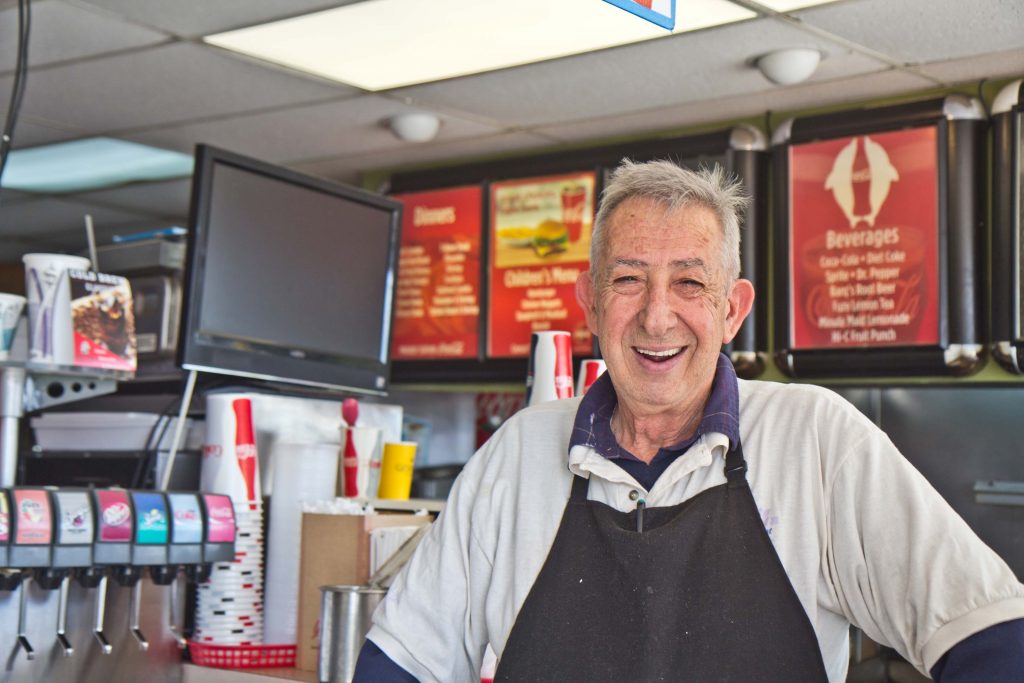 The display case near the entrance to the White Dolphin Restaurant in Wildwood is usually filled with a variety of pizzas waiting to be sold by the slice.

This year, it’s nearly empty, save for a stack of paper plates and a couple packages of premade hamburger buns.

“I don’t have pizza anymore,” said owner Mike Madafias, who has had the business since 1989. “I don’t have a pizza man.”

It’s one of 10 seasonal jobs the restaurant is still trying to fill. Right now, Madafias only has five people on the payroll. He has a sneaking suspicion why.

“Everybody collects unemployment. Nobody wants to work,” said Madafias.

It’s a dilemma businesses in many towns along the Jersey Shore are facing right now. The state recently raised its minimum wage for seasonal workers to $11.10 per hour — $3.85 above the federal minimum wage —  but many business owners say potential employees may be able to make the same or more staying unemployed.

An April report from Bank of America Global Research estimated workers nationwide who previously earned less than $32,000 a year could make more money in the near term from unemployment benefits.