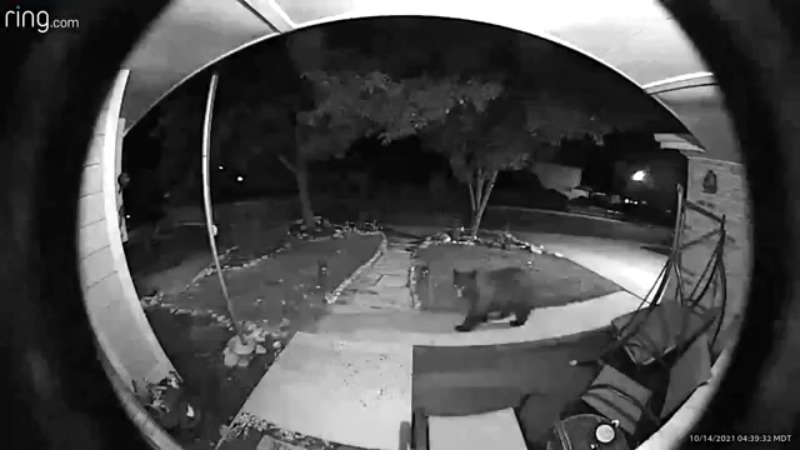 MORRISON, Colo. (KDVR) — Temperatures are cooling down and bears are getting closer to entering hibernation for the winter.

That definitely didn’t stop an early morning visitor in Morrison. (see video above)


Why did the bear cubs cross the road?

Around 4:40 a.m. on Thursday, a bear was caught on camera lurking around a home near Cole Way and Tufts Ave.

The video was shared by Frank and Dawn Lanford.

Colorado Parks and Wildlife says bears have entered hyperphagia — the process when bears eat and drink nearly nonstop as they fatten up for hibernation — and are now consuming roughly 20,000 calories a day.


Bear breaks into car, spends at least an hour trapped inside with a case of beer

How to bearproof your home