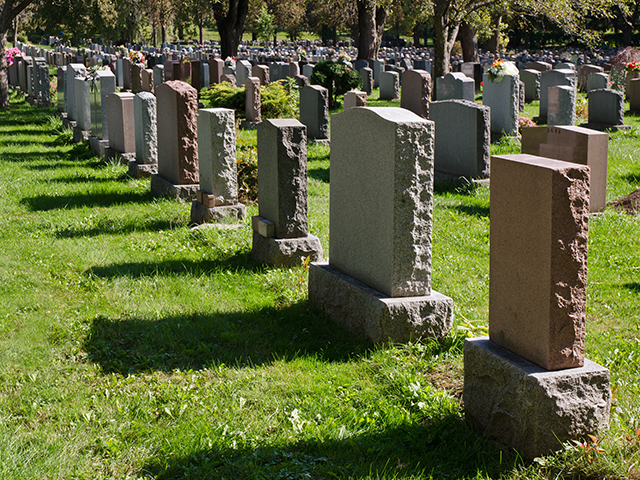 Many cemetery headstones offer a glimpse into a person’s life, but not many have gotten as much attention as one found in Utah.

“Utah’s Logan Cemetery contains the headstone of Wade and Kathryn Andrews, and along with their birth and death dates, you’ll find their life story etched on the side — plus Kathryn’s famous fudge recipe,” Fox 13 reported Friday.

SWEET SURPRISE – Utah’s Logan Cemetery is home to a headstone which is gaining notoriety around the world thanks to photos posted online. Aside from birth and death dates for Wade and Kathryn Andrews, the headstone displays a recipe for Kay’s Fudge. https://t.co/7uLoggjQIp

The couple had just enough time for one date at the Waldorf Astoria Hotel where a photographer snapped their picture. The following day, Wade, who was a U.S. Air Force Captain, left to join World War II.

“She was crazy about him from the beginning,” Johnson recalled.

The feeling was mutual for Wade, and Kay, who went by “Katie” then, definitely made an impression on the young man.

According to Johnson, when her dad got his B-24 bomber plane, the crew had already painted a naked lady on its nose.

“My dad said, ‘No,’ so she got a swimming suit and there she is,” she said, showing a picture of her father alongside the plane with “Salt Lake Katie” painted on its side.

The couple wrote numerous letters and when he came home, he bought a ring and proposed to her in Salt Lake City.

They raised five kids and Wade earned a PhD in Sociology and later became a professor. When he died in 2000, Kay chose symbols for the headstone that represented her beloved.

The symbols included a mortarboard and his World War II plane to acknowledge his time serving in the Air Force.

“He was really proud of his record because all the men that flew with him made it home safely,” Johnson explained.

Kay later came up with the idea to put her fudge recipe on their headstone when it was appropriate. She passed away in 2019 when she was 97-years-old.

According to Johnson, people from as far away as Europe have commented on the photo of the headstone, adding her mother would be pleased to know her recipe brought joy to others.