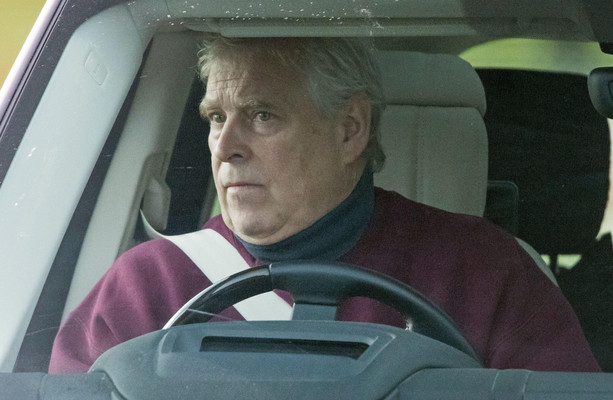 PRINCE ANDREW WILL be tried over allegations he sexually assaulted Virginia Giuffre when she was underage after a US judge ruled her civil lawsuit can proceed.

Judge Lewis Kaplan’s decision is a huge blow for Andrew, whose lawyer argued earlier this month the case should be thrown out as Giuffre had waived her right to pursue the duke by signing a confidential settlement with disgraced financier Jeffrey Epstein.

In the conclusion of his written ruling, Judge Kaplan said: “For the foregoing reasons, defendant’s motion to dismiss the complaint or for a more definite statement is denied in all respects.

“Given the court’s limited task of ruling on this motion, nothing in this opinion or previously in these proceedings properly may be construed as indicating a view with respect to the truth of the charges or countercharges or as to the intention of the parties in entering into the 2009 Agreement.”

Giuffre’s civil sex case will be heard in New York and is expected to make headlines across the globe.

The Queen of England’s son’s reputation has already been irreparably tarnished by his friendship with Jeffrey Epstein, a convicted sex offender, and he withdrew from public duties soon after his disastrous 2019 Newsnight interview that failed to draw a line under his relationship with the disgraced financier.

Virginia Giuffre is suing the queen’s son for allegedly sexually assaulting her when she was a teenager. She is seeking unspecified damages, but there is speculation the sum could be in the millions of dollars.

Giuffre claims she was trafficked by Epstein to have sex with Andrew when she was aged 17 and a minor under US law.

The duke has vehemently denied the allegations and his legal team has argued from the lawsuit’s first hearing that the case is “baseless”.

There has already been speculation the duke may be encouraged to reach an agreement with his accuser in a bid to avoid the trial being held.

If the hearing does go ahead it is not clear whether Prince Andrew will give evidence in person, via a video link or decline to participate.

The settlement between Giuffre and Epstein, made public earlier this month, detailed how Andrew’s accuser had received a €438,000 payout in 2009 and agreed to “release, acquit, satisfy, and forever discharge” the disgraced financier and “any other person or entity who could have been included as a potential defendant”.

The duke’s lawyer had argued during a virtual hearing that his client was a “potential defendant” as defined by the agreement and so the case “should be dismissed”.

Outlining his reasons for denying the Duke of York’s motion to dismiss the civil case against him, Judge Lewis Kaplan said an agreement in the civil settlement between Jeffrey Epstein and Virginia Giuffre “cannot be said” to benefit him.

In his ruling, he said: “The 2009 agreement cannot be said to demonstrate, clearly and unambiguously, the parties intended the instrument ‘directly,’ ‘primarily,’ or ‘substantially,’ to benefit Prince Andrew.

“The existence of the requisite intent to benefit him, or others comparable to him, is an issue of fact that could not properly be decided on this motion even if defendant fell within the releasing language, which itself is ambiguous.

“Thus, independent of whether the release language applies to Prince Andrew, the agreement, at a minimum, is ‘reasonably susceptible to more than one interpretation’ on the equally important question of whether this defendant may invoke it.”

Continuing his judgment, Judge Lewis Kaplan continued: “The fact that the defendant has brought the matter before the court on a motion to dismiss the complaint as legally insufficient is of central importance.

“As is well known to lawyers, but perhaps not known to the lay public, the defendant, by making this motion, placed upon the court the unyielding duty to assume, for the purposes of this motion only, the truth of all of plaintiff’s allegations and to draw in plaintiff’s favour all inferences that reasonably may be drawn from those allegations.


“In consequence, the law prohibits the Court from considering at this stage of the proceedings defendant’s efforts to cast doubt on the truth of Ms Giuffre’s allegations, even though his efforts would be permissible at trial.

“In a similar vein and for similar reasons, it is not open to the Court now to decide, as a matter of fact, just what the parties to the release in the 2009 settlement agreement signed by Ms Giuffre and Jeffrey Epstein actually meant.”