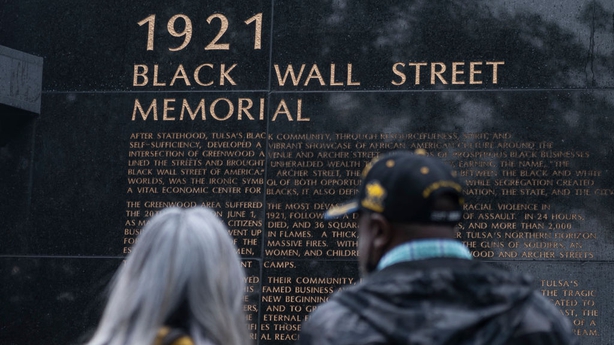 In the US city of Tulsa, which still bears the scars of a 1921 racial massacre, African American residents are eagerly awaiting the arrival of President Joe Biden, hoping he will hear their call for financial reparations.

“I just want him to feel our pain,” said local activist Kristi Williams.

The Democratic leader will attend today commemorations of the 100th anniversary of the Tulsa race massacre, meeting with survivors of one of the worst episodes of racial violence in US history.

Ahead of his arrival, the White House announced a raft of new national initiatives including billions in federal grants to address racial disparities in wealth, home ownership and small business ownership.

Ms Williams, who is descended from some of the massacre victims, wants Mr Biden to “do us right.”
“It’s been 100 years, and we have been impacted negatively, from housing, economic development, our land has been taken,” she said.

“This country, right now has an opportunity to right this wrong.”

On 31 May 1921, a group of black men had gone to the Tulsa courthouse to defend a young African American man accused of assaulting a white woman. They found themselves facing a mob of hundreds of furious white people.

Tensions spiked and shots were fired, and the African Americans retreated to their neighbourhood, Greenwood.

The next day, at dawn, white men looted and burned the neighborhood, at the time so prosperous it was called Black Wall Street.

In 2001, a commission created to study the tragedy concluded that Tulsa authorities themselves had armed some of the white rioters.

The mayor of Tulsa formally apologised yesterday for “the city government’s failure to protect our community in 1921.”

“The victims – men, women, young children – deserved better from their city, and I am so sorry they didn’t receive it,” GT Bynum said in a statement.

As with the economic losses, the human toll is difficult to estimate, but historians say that as many as 300 African American residents lost their lives, and nearly 10,000 people were left homeless. 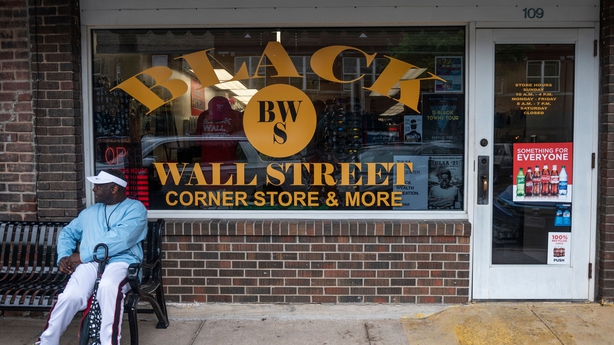 The destruction “was followed by laws and policies that made recovery nearly impossible,” the White House statement said.

It cited redlining, which locked black people out of home ownership; federal highways which were built and cut the community off, and chronic disinvestment in black businesses – moves which have “echoes in countless black communities across the country.”

“Because disparities in wealth compound like an interest rate, the disinvestment in black families in Tulsa and across the country throughout our history is still felt sharply today,” the statement continued.

There are marked inequalities between the northern part of Tulsa, which is predominantly black, and the south, which is mostly white.

“When tourists visit Tulsa, one of the things that they say is that they can’t believe how segregated it still is,” said Michelle Brown, who runs educational programmes at a cultural centre.

Billie Parker, a 50-year-old African American woman, said Tulsa is the same as when she was growing up there. “It hasn’t changed. We’re still separated.”

She said black residents are still disadvantaged compared to the city’s white residents. Reparations could, she believes, help Greenwood improve its schools.

Many in Greenwood say it is time for the state to help the neighbourhood regain its prosperity.

“There’s nothing here but grass, but there was investment, there was wealth, there was life,” said Representative Sheila Jackson Lee, a Texas Democrat and chief sponsor of a bill on federal slavery reparation payments to African Americans.

In mid-April, a US congressional committee voted to advance the bill to the House of Representatives.

On 19 April, some of the last survivors of the massacre testified before Congress and asked that the country recognise their suffering.

The 2001 commission had recommended that Greenwood residents receive compensation. But so far, reparations have not been paid.

The White House statement today does not mention reparations, but says the new grants and investment aim “to help narrow the racial wealth gap and reinvest in communities that have been left behind by failed policies.”

Beyond financial compensation, city residents are counting on Mr Biden’s visit to bring more attention to a tragedy that long remained taboo.

Tulsa has also begun to excavate mass graves, where many black victims of the massacre are buried, in an effort to shed more light on the city’s dark past.