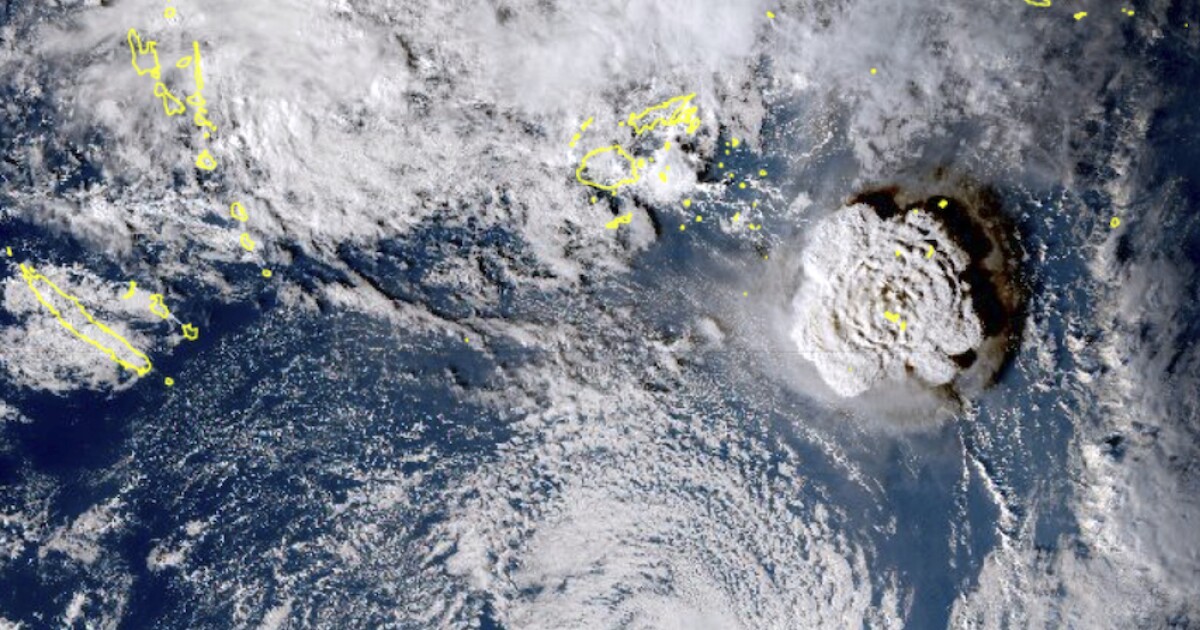 WELLINGTON, New Zealand — A tsunami advisory has been issued for the entire west coast of the U.S. after an undersea volcano erupted in spectacular fashion near the Pacific nation of Tonga.

The National Weather Service issued the advisory just before 5 a.m. PT Saturday. The agency says people should move off beaches and away from harbors, marinas, bays or inlets. Those in boats should seek deeper waters.

The advisory covers all coastal areas from Southern California to Alaska.

The eruption has already sent large tsunami waves crashing across the Tongan shore, causing people to rush to higher ground.

There are no immediate reports of injuries or damage as communications with the small nation remain problematic.

New Zealand’s military says it’s monitoring the situation and remains on standby, ready to assist. Satellite images show a 3-mile-wide plume of ash, steam and gas rising up into the air 12 miles high.

Tonga’s King Tupou VI was reportedly evacuated from his palace near the shore, among the many residents who headed for safety.