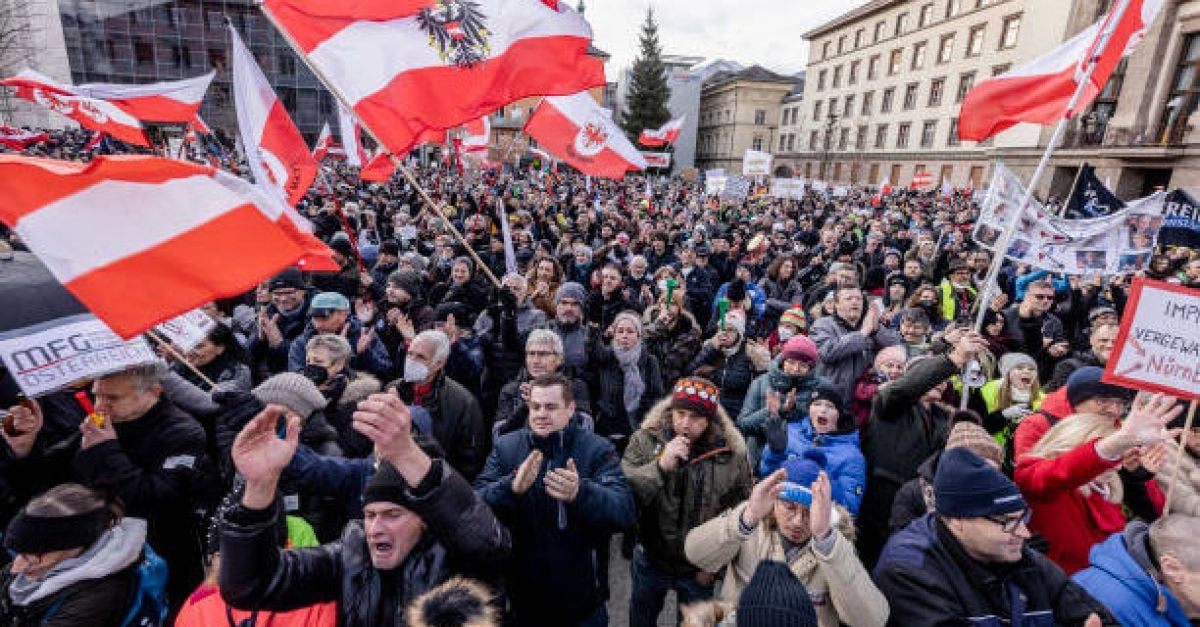 Thousands of people took to the streets of Austria’s capital on Saturday to protest against government plans to introduce mandatory Covid-19 vaccinations for all next month.

“The government must go!” crowds chanted at one rally in central Vienna in what has become a routine Saturday event.

The Austrian parliament is scheduled to vote next week on the issue, which has polarised the country as coronavirus cases surge.

In November, the government announced a fourth national lockdown and said it would make vaccinations compulsory for all Austrians, the first European Union country to do so.

The poll showed Chancellor Karl Nehammer’s conservatives and the opposition Social Democrats in a dead heat for first place at 25 per cent, followed by the right-wing Freedom Party, a strident critic of government policy, at 20 per cent.

The Greens, junior partner in the coalition, were even with the liberal Neos on 11 per cent, while the vaccine-sceptical MFG party scored 6 per cent.

Health authorities have reported more than 1.4 million infections and nearly 14,000 deaths from Covid-19 since the pandemic broke out in early 2020.