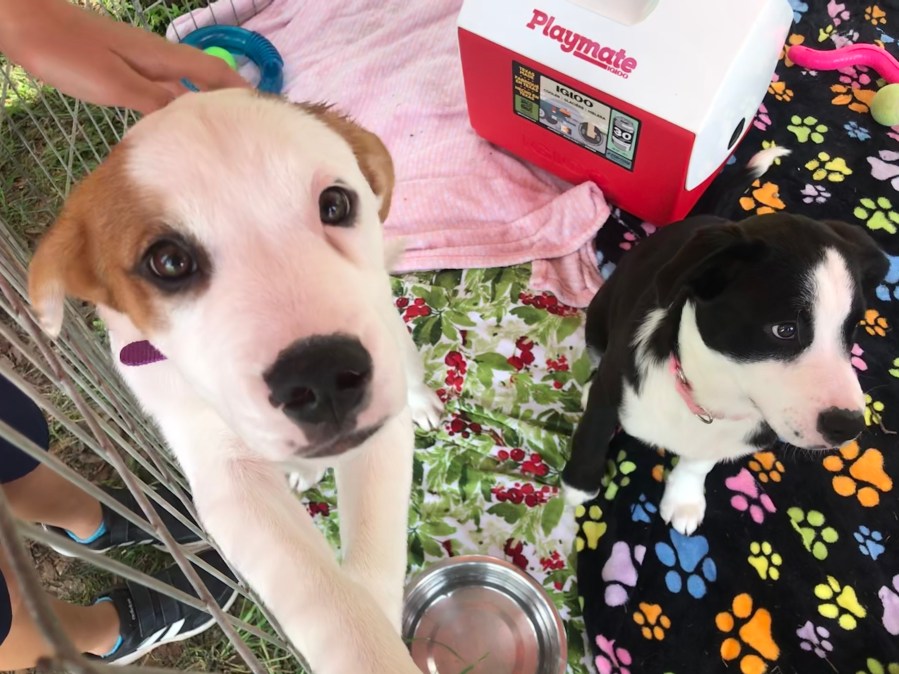 Debbie Cerda, community engagement coordinator for Jester King, said the brewery has been collaborating with PAWS for 10 years as part of its community partnership efforts.

“If you think about here in Central Texas and the number of animals that have been, that might have been sheltered and such, during this last year, I think there are a lot of adoptions that happened,” she said. “But there are still some people who are probably still looking for a new addition to their home.”

Given the staff’s own love for animals and the brewery’s pet-friendly environment, she said the partnership was a natural collaboration and one guests would enjoy.

Charlotte Hewitt, adoption counselor at PAWS, said the shelter’s two locations in Dripping Springs and Kyle have seen strong interest from potential adopters throughout the pandemic. Jester King reached out to the shelter for this community interest event, which Hewitt said is a welcomed change from 15 months of appointment-based adoptions during the pandemic.

For prospective pet owners, she said it’s crucial to keep in mind the time, energy and costs that factor into caring for a furry friend. PAWS currently offers appointments for visitors to tour the adoption facilities or meet with specific pets they’re interested in taking home.


PAWS will celebrate its 35th anniversary with its “Dog Days of Summer” event June 5, featuring live music, food and pets up for adoption.

For Jester King, the adoption drive is the latest in the brewery’s return to community events and live entertainment shows. Upcoming events include goat yoga and walks, Thursday Night Bluegrass shows and the return of the Jester King Inn’s live music summer concert series.