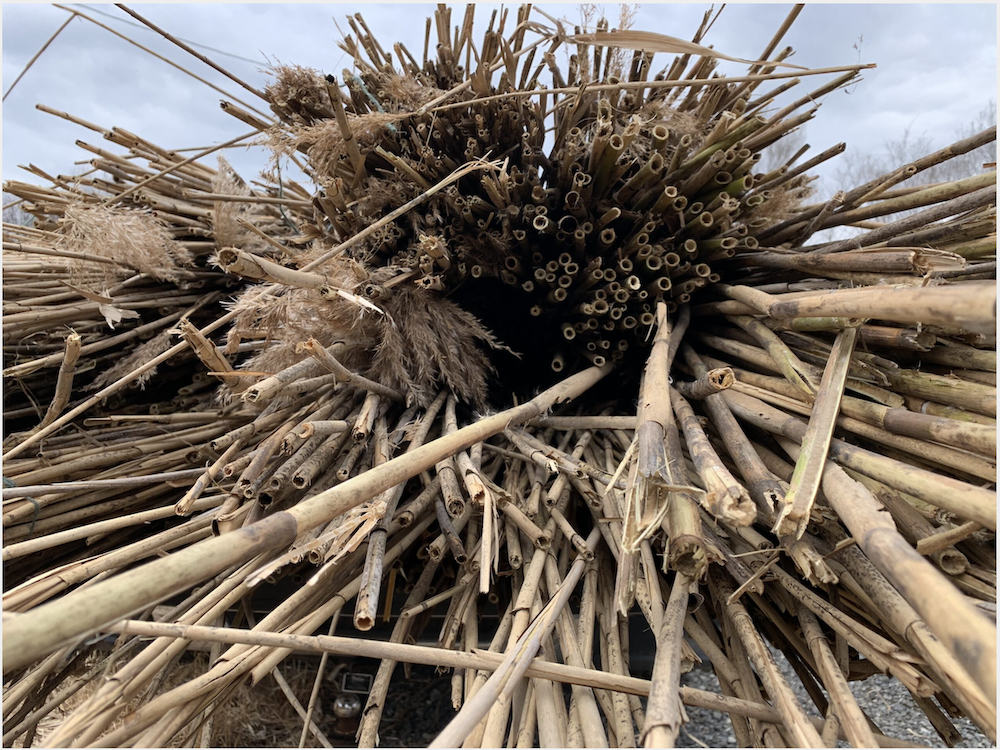 Since arriving in Philadelphia, Al-Obaidi has been doing many things, including working as a culturally specific tour guide of the Middle Eastern galleries of the University of Pennsylvania Museum of Archeology and Anthropology and as a founding editor of Philadelphia’s only Arabic newspaper, and working toward his Ph.D. in communications at Indiana University of Pennsylvania.

He has also been working with Iraqi war veterans and with recent Iraqi immigrants. With those connections, he is able to pull together a mudhif construction crew, with soldiers and Iraqi natives working collaboratively to raise a roof.

That was what Kavage was hoping to accomplish when she started.

“Yaroub was doing all this fantastic work bringing the Iraq war veterans and the Iraqi refugees together to sort of create these healing environments,” she said. “That spoke exactly to what this project was trying to do in its vision. Yaroub got it immediately. It was an opportunity that we couldn’t pass up. It’s really exciting.”

Construction begins Memorial Day and is expected to take about two weeks.  Anybody can volunteer for a work shift — the project is not restricted to just veterans or Iraqis. After it’s finished, the mudhif will host a ceremonial grand opening, then it will be programmed with events that are not yet determined.

“I’m more excited about the social life inside, to be honest,” said Al-Obaidi.

Because this is the first mudhif outside Iraq that she knows of, Kavage is not entirely sure how long it will stand up. The climate of southern Iraq is dryer than Philadelphia’s, making reeds less likely to rot, and in winter snow is extremely rare. The design of this Philly mudhif will account for snowpack on the roof, and Kavage is prepared to repair woven thatches as necessary.

“Our plan is just to sort of watch and see how it weathers and see how structurally sound it is,” she said. “We’ll take it down when it’s time, of course, if we think it’s going to be unstable. I’m optimistic that it’ll last for a while.”