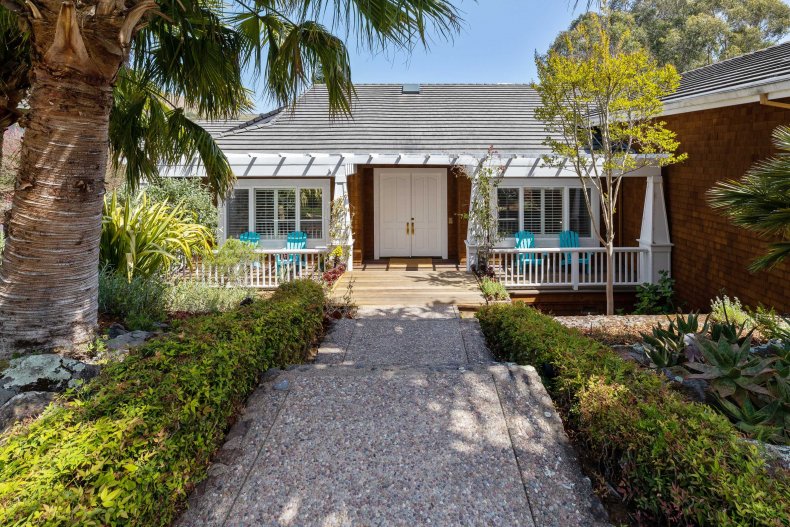 California’s most exclusive areas are getting even more expensive in 2021.

But Zillow data shows demand for homes in the state’s traditional property hotspots has somewhat cooled during the coronavirus pandemic.

Jeff Tucker, a senior economist at the property site, told Newsweek: “The Great Reshuffling we’ve seen over the course of the pandemic has offered newly remote workers an opportunity to live and work from anywhere.

“This has reduced high-salaried employees’ need to live within a short commute to their offices while providing plenty of buying power elsewhere.

“The cooling trend in former growth leaders San Francisco and San Jose was accelerated by the pandemic, while relatively affordable and sunny cities like Austin and Phoenix took growth into overdrive.”

A recent Zillow study revealed San Francisco and Los Angeles were two of the top-five major metros in the U.S. for net out-migration—areas that more households moved out than in.

Austin meanwhile, was among the top-five metros for net-inbound moves, with Los Angeles, San Jose and San Francisco as top feeder cities.

Below, reveal the top 20 zip codes in California, according to the Zillow Home Value Index, as measured in April 2021.

ZHVI reports the weighted average of Zillow’s estimate of home value for the middle third of homes. The average property price for California in April 2021 was $654,629.

Southern California’s coastal city of Newport Beach is perhaps best known for its upscale shopping and expensive restaurants situated close to the Pacific.

The area is one of California’s biggest winners in the recent 12 months, with houses in the Zip Code growing 9.2 percent in value alone.

This area of Tiburon lies close to a popular tourist destination considered small, safe and clean, while boasting incredible views of the ocean.

Zip code 94920 has also performed exceptionally well in early 2021, with homes now considered to be worth on average 9.5 percent more.

Sat on Silicon Valley’s edge is Saratoga, loved by locals for its suburban small-town atmosphere, expensive wineries, and high-end restaurants.

Homeowners in Saratoga 95070 will have seen gains in the property this last year, with a reported 7.7 percent rise in values.

Zip code 92662 is the second of four entries for California’s Newport Beach in this list.

Perhaps best known for its world-leading university, Stanford in Santa Clara County is considered one of the best places to live in California.

Although property in the zip code made money, this only amounted to 1.4 percent on average.

The zip code lies next to the beautiful Californian white sandy shore and is known as one of the area’s best-kept secrets.

The population of only 600 have likely enjoyed many of their house prices shooting up by an incredible 14.4 percent this past year, although this figure may be warped by the smaller sample size of houses for sale.

The town of Newport Beach belongs to the Metro of Los Angeles-Long Beach-Anaheim, which has seen the joint-highest rise in property wealth, of 10.4 percent.

Zip code 92657, Newport Beach, boasts a cool rise of 8.8 percent residential value in the past 12 months.

This report’s final Newport Beach inclusion concerns zip code 92661, which has seen a rise of 8.7 percent in this recent period.

Pacific Palisades is a celebrity-packed neighborhood in the Westside region of Los Angeles, situated 20 miles west of downtown L.A.

Boasting an approximate population of 22,000 people, this area saw a rise of 2.8 percent in the value of their home in the past 12 months.

Situated so close to a wooded reserve reportedly gives a rural feel to those lucky enough to be living in Ross.

Zip code 94957 has in the past 12 months seen an average rise of 14.9 percent alone—the largest gains in this rundown.

Palo Alto, the so-called “birthplace of Silicon Valley” is based a few miles more inland than most of these other entries.

Zip code 94304 has seen a drop of 2 percent in house prices, during the duration examined in the report.

Spanish for “little mount”, Montecito is known for its beautiful homes and some of California’s most stunning stretches of coastline.

Zillow has learned Montecito zip code 93108 has made astonishing property value gains of 12.7 percent in the past year.

Athletes, actresses and reportedly a Google CEO all call the neighbourhood of Los Altos home.

Property in zip code 94024 has made an average 5 percent rise in the past 12 months.

This area of ritzy California beach city Malibu is reportedly teeming with wealth and some of the biggest names in Hollywood.

With access to everything from inland trails to canyons and waterfalls, Malibu zip code 90265 has seen an impressive 7.2 percent rise in property prices in recent months.

Portola Valley is a suburb of San Jose and is considered one of the best places to live in California—with a hefty price tag to match.

Zip code 94028 has experienced the report’s most significant property prices fall, of 2.3 percent.

Translated from Spanish as “the heights,” Los Altos in the northern Silicon Valley is regarded as a home to the super rich and famous.

The Los Altos’ 94022 zip code enjoyed a 2.2 percent rise in average property prices in the past 12 months.

Zip code 94301 is the first in the list to feature a house average topping $4 million. That represents a decline of approximately 1.5 percent year-on-year.

This section of coast west of downtown L.A., has made Santa Monica an attraction for many legendary celebrities.

Property in zip code 90402 has increased in value by 3.5 percent over recent months.

The zip code 90210 is located in the Reno metro area, known for the hit teen TV show, its manicured streets and the Greystone Mansion, where countless movies have been filmed.

This legendary zip code finds average property prices surpassing $5.5 million, and these values have recently increased by more than 5 percent.

The area of Atherton, population 7,371, is the wealthiest zip code in the state, with residents reportedly including the former HP CEO Meg Whitman, Google chairman Eric Schmidt and the late Microsoft co-founder Paul Allen.

Average house prices in this idyllic town cost more than $6.8 million and have fallen just 0.3 percent in the past 12 months.

It is thought tech billionaires are drawn to this specific area due to the ritzy town’s prestige, privacy and proximity to major Silicon Valley companies.