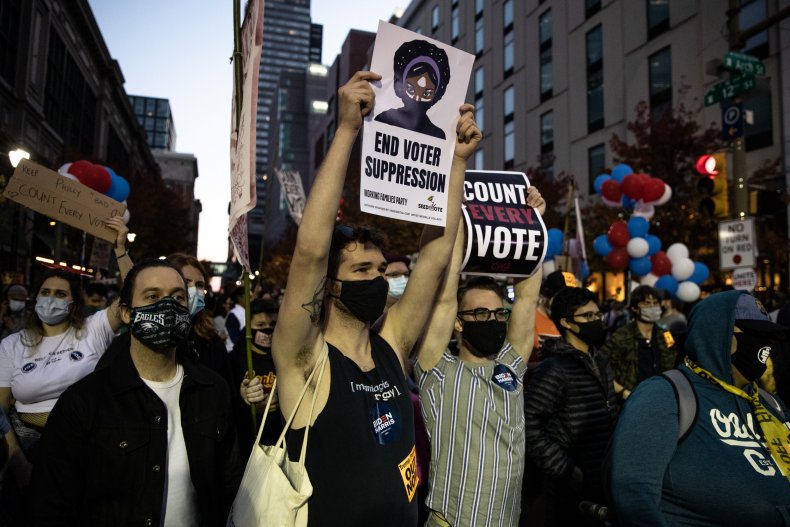 After several hours of debates late Saturday and into early Sunday morning, the Texas Senate approved a large and highly restrictive voting bill that will provide tighter provisions to mail-in ballots and add rule changes that Democrats argued would create more hurdles for voters.

While supporters of Senate Bill 7, expected to be signed into law by Governor Greg Abbott, say the new restrictions are meant to strengthen election integrity, officials said the state’s 2020 election was secure.

The bill would ban ballot drop boxes, drive-thru voting, and 24-hour polling stations, all used by Harris County, which voted for Joe Biden after a big turnout and is the state’s largest county.

Under the legislation, election officials could no longer send unrequested mail ballot applications to voters or empower partisan poll watchers. The bill would also make it easier to overturn elections, as a judge would be allowed to void an outcome of an election if the number of fraudulent votes could change the result, regardless of whether fraud affecting the outcome is actually proven.

While the bill does not explicitly say anything about race, Democrats drew comparisons to some of the Jim Crow laws of the 20th century. Borris Miles, a Black senator from Houston, responded to a restriction on transportation to voting polls. The restriction would require people who transport more than two voters to the polls to fill out a form, but many voters that Miles represents lack their own transportation and get rides from one another.

“You really have no idea how things work in my neighborhood,” he said at around 3:20 a.m. on Sunday, according to Houston Chronicle reporter Jeremy Wallace, who chronicled the debate on Twitter through the night. “Because I represent a majority African American district and we benefited from the drive-thru voting that you’re trying to ban now, I feel like you’re coming for my district.”

Harris County was the focus of the bill as it was one of the only counties in Texas that made voting so accessible during the pandemic, with temporary polling places, drive-thru voting and 24-hour voting marathons.

An analysis by the Harris County election office concluded that more than half of the votes counted at drive-thru polls and during extended hours were cast by Black or Hispanic voters.

“Drive-thru voting is safe, convenient, and secure for Texas voters. It worked so well in 2020 that nearly 1 in 10 in-person voters in Harris County cast their votes at drive-thrus,” said Chris Hollins, who served as an election clerk in Harris County last year, in a text message, according to the Post. “It’s a great service for Democratic and Republican voters, and everyone in between. Senator Bettencourt is not a fan because in 2020, too many of those voters were women and minorities.”

Republican State Senator Bryan Hughes responded to Democratic concerns about the bill making voting less accessible for voters of color, noting that “the provisions of this bill apply equally across the board,” according to the Texas Tribune.

The bill received backlash from President Joe Biden, who on Saturday called it “wrong and un-American,” adding, “It’s part of an assault on democracy that we’ve seen far too often this year—and often disproportionately targeting Black and Brown Americans.”

Vice President Kamala Harris called out the bill as well, tweeting, “We need to make it easier for eligible voters to vote. Not harder.”

Democratic House member Hakeem Jeffries on Sunday called the bill’s approval “shameful,” telling CNN that “Republicans, clearly in Texas and throughout the country, want to make it harder to vote and easier to steal an election. That’s the only way I can interpret voter suppression.”

Newsweek reached out to Senator Bryan Hughes for comment.