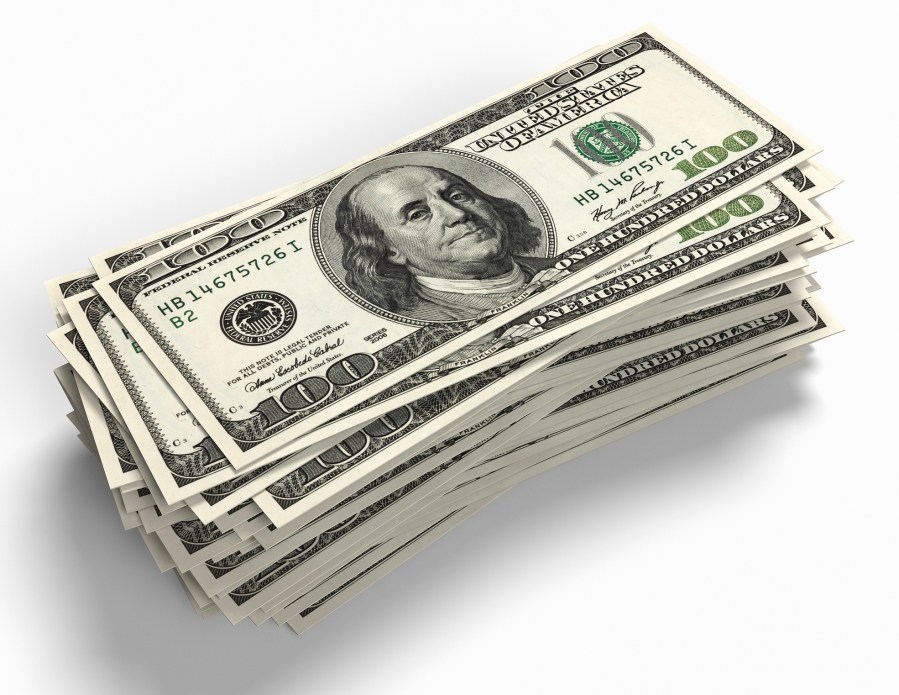 (NEXSTAR) – Depending on where you live, you could get paid just for landing a job as states try to get people back to work. The pandemic has forced local politicians to think creatively, and now five states are literally throwing money at the problem.

Connecticut, New Hampshire, Arizona, Colorado, Oklahoma, and Montana are betting that putting money directly in the bank accounts of people who start a new job will get residents back to work.

In Connecticut, a $1,000 signing bonus has been created for up to 10,000 people who are considered “long-term” employment seekers.

Earlier this month, New Hampshire Gov. Chris Sununu announced that residents who land a full-time job will get a $1,000 bonus after eight weeks of work with $500 for part-time employees. The program will remain in place until the $10 million funding it is exhausted.

Arizona Gov. Doug Ducey announced May 13 that the state is setting aside $300 million to incentivize people to find a job. Those who go back to work full-time will also receive a one-time payment of $2,000 with $1,000 awarded for part-time jobs.

Eligible Coloradans hired in May can line their wallets with an extra $1,600 for full-time employment, or $1,200 for those who find a new job in June.

In Oklahoma, Gov. Kevin Stitt announced a $1,200 bonus to the first 20,000 Oklahomans who reenter the job market.

Lastly, Montana residents can pad their bank accounts with an extra $1,200 after working a new job for at least six weeks. The bonus is for the first 20,000 people who find a new full-time job after being unemployed.

More Americans receiving aid than in past, even as cutoffs loom

Far more Americans are receiving unemployment benefits than the last time the jobless rate was at the current 6.1%, thanks to a major expansion of the federal safety net that has provided aid to millions of people out of work. Yet many businesses and Republican officials say all that jobless aid has contributed to worker shortages in some industries, which is why most GOP-led states are moving to cut off the federal support.

About 15.8 million people received unemployment aid through one of several benefit programs during the week of May 8, the latest period for which data is available, according to a Labor Department report Thursday. That’s nearly eight times as many people as received jobless payments in August 2014, when the unemployment rate was where it is now and roughly the same proportion of adults had jobs.


Can employers make you get the COVID-19 vaccine?

The primary reason for the expansion is that the government created two emergency programs in last spring’s pandemic relief legislation. About three-quarters of all unemployment beneficiaries — nearly 12 million people — are receiving aid through one of those federal programs. One of them provides payments to the self-employed and gig workers, who had never been eligible for jobless aid before. The other program benefits people who have been unemployed for more than six months. Both are scheduled to end on September 6.

Yet 20 states have announced this month that they will cut off the emergency aid early, beginning as soon as June 12, according to an Associated Press analysis, including Texas, Georgia, Tennessee, and South Carolina. As a result, about 2.5 million people will lose all their unemployment benefits by early July. Those states are also ending an extra $300 weekly federal payment to the unemployed.

Four other states, including Florida and Arizona, are ending the $300 payment only.

Collectively, those cutoffs of aid coincide with a steady decline in the number of people applying for jobless benefits. The government on Thursday reported the fourth straight weekly drop, to 404,000, the lowest level since the pandemic erupted in March of last year.


Speedway businesses race to fill staff shortages ahead of Indy 500

The decision by some states to end the aid early highlights the key role the benefits payments have played since the onset of COVID-19. Now, more people—and a higher proportion of the jobless—are receiving unemployment aid than in any past recovery, according to data that extends to the late 1960s. That expansion of aid, economists say, captured millions of people who in previous recessions had fallen through the cracks.

Arindrajit Dube, an economics professor at the University of Massachusetts Amherst, suggested that the enhanced aid was a key reason—along with three rounds of stimulus checks for most individuals—why Americans’ incomes, as a whole, actually rose during the recession despite the loss of millions of jobs.

“That is a success story,” Dube said, “and I think that’s something we should look at and recognize as a good thing.”

Another reason incomes rose is that so many people who lost jobs had been paid comparatively little, while higher-paid professionals who mostly worked from home generally kept their jobs. In fact, total wages and salaries have already rebounded to pre-pandemic levels, even though the economy has 8.2 million fewer jobs.

In the fall of 2014, when the job market was in similar shape, just one-quarter of the unemployed were receiving aid. By then, emergency programs that provided benefits in the aftermath of the Great Recession for as long as 99 weeks had ended. And as the economy slowly improved, many states took steps to limit the availability of unemployment payments, such as reducing the duration of aid.

Now, more Americans are actually receiving jobless benefits that are officially counted as unemployed, though that reflects quirks in the data. The government says 9.8 million people are unemployed. But that doesn’t include several million who lost jobs in the pandemic and have stopped looking for work; they aren’t counted as unemployed.

As the economy improves, analysts say that the large proportion of people receiving benefits, along with the $300-a-week supplemental payment, may contribute to labor shortages. But jobless aid can also allow people the time to find work that is a good fit for their education and experience, which is helpful for the economy.

“You don’t want someone to take the very first job that comes along,” said Jason Furman, an economist at Harvard who was an adviser to President Barack Obama. “You want them to take a job that’s good for them… But you don’t want them turning down multiple jobs, either.”

The Pandemic Unemployment Assistance program, which mostly covers self-employed and gig workers, also allowed parents who were forced to quit and care for children in online schools to receive jobless aid. It essentially acted as a paid leave program, Furman said, which the U.S. doesn’t otherwise require from employers, unlike in European countries. That program has also benefited many other Americans who had previously fallen through the cracks, including people who haven’t worked enough hours to meet state requirements to qualify for unemployment benefits.

Dube said his research has found little evidence that the extra $300 has prevented people from taking jobs. In lower-income states where the extra money is a larger boost, hiring has rebounded at the same pace as in other states, he said. But a separate study by economists at the San Francisco Federal Reserve concluded that the $300-a-week supplement had a modest effect, reducing the rate at which people out of work find jobs by about 3.5 percentage points.


What’s working to convince hesitant people to get vaccinated?

Companies in the restaurant, hotel, manufacturing, and construction industries have said they are struggling to find workers. States began announcing cutoffs to the extra benefits after April’s jobs report showed a sharp slowdown in hiring, compared with March, despite a record level of job openings.

Many unemployed remain reluctant to take jobs in restaurants, hotels, and other service industries for fear of contracting COVID-19. And some women can’t return to work without adequate child care, though that is now having a relatively small impact, according to recent research by Furman and economist Melissa Kearney.

The Associated Press contributed to this report.