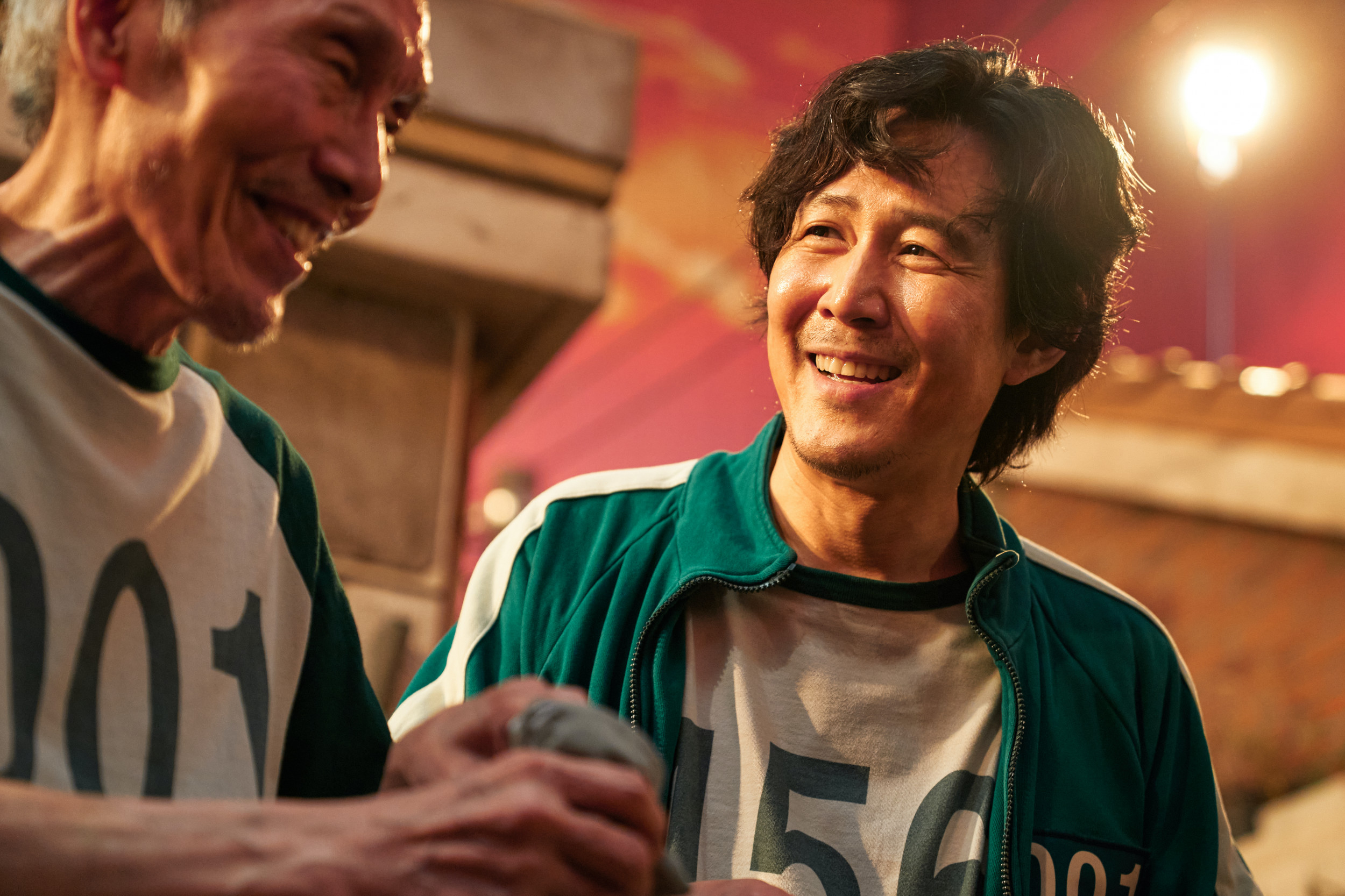 Squid Game, Netflix‘s runaway hit K-drama series, has shown no signs of slowing down, nearly a month since it premiered on the streaming platform on September 17.

The transfixing series, which sees hundreds crippled by debt fight to the death in a series of deadly children’s games to win a handsome cash prize, is full of Easter eggs and clues about the show that may have been hidden in plain sight.

Several questions remain, such as the arresting bright red hair of Gi-hun (contestant No. 456, played by Lee Jung-jae, who—spoiler alert—wins the competition) unveiled in the series finale.

Following the end of the contest, Gi-hun returns to his life back in Seoul but struggles to cope with everything he went through in the games, including the deaths of his childhood friend and other players.

In the final episode, Gi-hun visits a hair salon, from where he later walks out with his hair dyed red—a detail that’s left many viewers intrigued.

Asked why Gi-hun’s hair was dyed red, in a recent interview with South Korea’s Sports Chosun, Squid Game writer/director Hwang Dong-hyuk explained the idea came to him intuitively while thinking about what would be the “craziest thing” Gi-hun would do in view of all the horrific experiences he’d had until that point.

Gi-hun goes to that hair salon a while after the old man (Oh Il-nam, contestant No. 001 played by Oh Young-soo) reveals the twisted truth about the games to Gi-hun.

Hwang said he wondered whether Gi-hun—who was trying to gather himself in the aftermath of the old man’s shocking revelation—could truly go back to a normal life.

The director felt the Gi-hun of that moment in time would do “something crazy that he would have never been able to do before. And that’s when the red hair came to mind,” Hwang explained in a recent interview with SBS News, the South Korean broadcaster.

“You could say it signifies how Gi-hun cannot return to the past,” the director said, noting the red color also represents the character’s fury and rage.

Gi-hun’s anger could be felt in the series’ final scene, which sees him on a call with someone from the competition while en route to board a plane to visit his daughter.

Gi-hun tells the person on the line that he “can’t forgive” them for all that they’d done before running furiously in the opposite direction of his flight.

It’s also worth noting the juxtaposition of Gi-hun’s red hair and the dark blue suit he wears in the final scene.

Blue and red form the colors of the “taegeuk” circle at the center of the South Korean national flag, which signifies the yin and yang principle of Chinese philosophy.

The red top half of the circle symbolizes the positive forces in life, while the blue bottom half signifies the negative forces. Their juxtaposition represents the constant tension and balance between the two forces in life.

This mirrors the positioning of the colors on Gi-hun, whose red hair is at the top of his body, while the rest of his body below is covered by his blue suit.

Perhaps the two colors represent the duality of Gi-hun’s character, which is ultimately led by his positive disposition but has now been dominated by negative forces following the competition.

This play on red vs. blue is also seen in the first episode of the series, which sees the Salesman (played by Gong Yoo), the mysterious character who recruits players for the contest, present red and blue tiles to Gi-hun while proposing they play a round of “ddakji,” a traditional Korean children’s game.

In other red associations, Koreans never write a person’s name in red. It’s considered a bad omen to do so in Korean culture, as red lettering was used to write the names of the deceased. Writing the name of a person in red is believed to wish death (or even bring death) upon that person. So what could it mean that Gi-hun’s head is covered in red?

Gi-hun’s birthday (October 31, 1974) is also linked with death, falling on the same day as Halloween (which is associated with ghosts of the dead and the Day of the Dead, the Mexican holiday celebrated around the same time as Halloween).

Is all of this a foreshadowing of Gi-hun’s death or others to come in future episodes? Hopefully this—and a host of other remaining mysteries—will be explained in a second season of Squid Game soon.