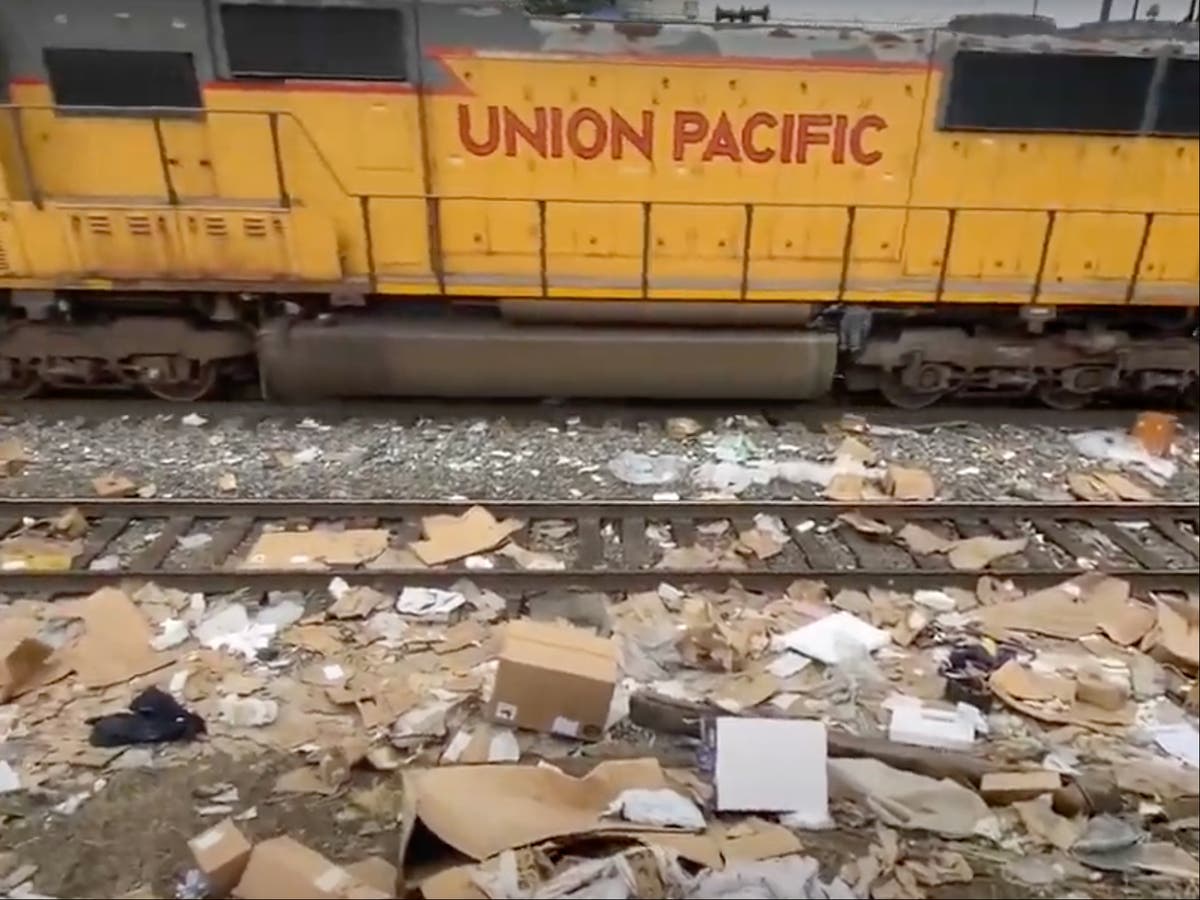 Hundreds of packages have allegedly been stolen from a Union Pacific railroad in Los Angeles, where Amazon and other packages have been targeted by thieves.

Video footage has shown hundreds – if not thousands – of packages thrown across the railroad north of downtown Los Angeles, in the Lincoln Heights neighbourhood.

A video posted on YouTube showed Amazon parcels and Covid testing kits, as well as a range of items thrown around the railway.

Another video from CBS Los Angeles showed similar items, and the news channel were reportedly able to find tracking information for a package that was classed as “in transit”, but had actually been thrown from its container.

On Thursday, a Los Angeles Police Department (LAPD) source told CBSLA that thieves had been targeting railway containers belonging to Union Pacific, and that the containers were allegedly “easy” to access.

The LAPD have not made any arrests following the robbery, which was the latest in a series of raids on Union Pacific railway containers at Lincoln Heights.

It was not clear when the latest raid happened.

During a raid last month, an individual was reportedly stopped by University of Southern California Campus Police who was found with a bag containing stolen items from railroad containers.

Union Pacific were forced to clean up the site after that raid.

Union Pacific said an apparent rise in railroad robberies in California were a cause for “concern” and that it had “taken several steps to address this criminal activity”, in a statement.

“We have increased the number of Union Pacific special agents on patrol, and we have utilised and explored additional technologies to help us combat this criminal activity. We also will continue to work with our local law enforcement partners and elected leaders,” it said in a statement.

In December, the company wrote to Los Angeles County district attorney George Gascon to ask for tougher penalties for those trespassing on Union Pacific property.

Amazon meanwhile said it works with customers when there are issues with its deliveries, but that typically a two to four hour estimated delivery window is provided.