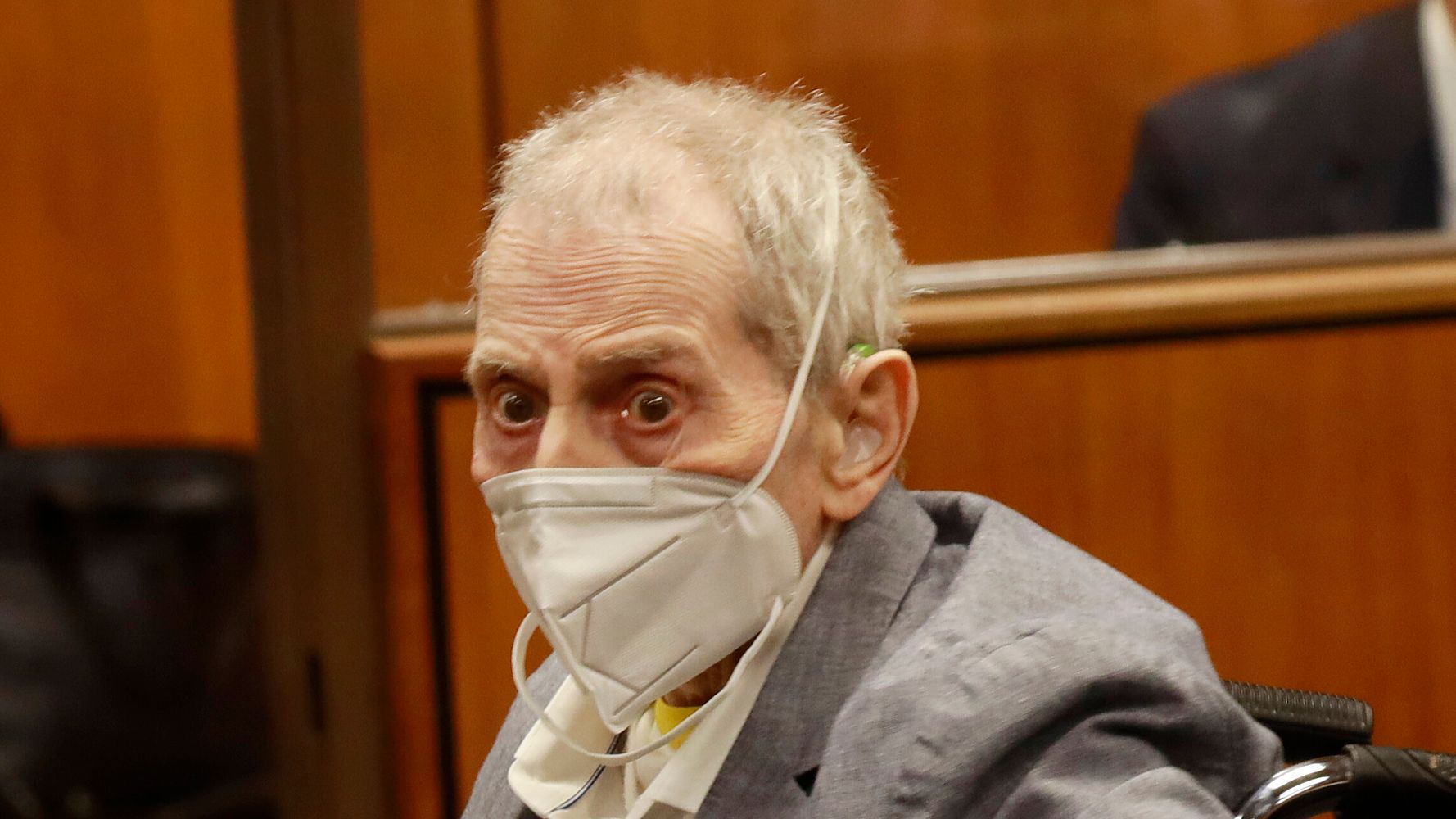 Robert Durst, the former New York real estate heir who inspired a dark HBO documentary, was sentenced Thursday to life behind bars for the execution-style murder of his friend Susan Berman in 2000.

“I wish you peace going forward from this,” Los Angeles Superior Court Judge Mark Windham told a handful of Berman’s loved ones who were assembled in the courtroom.

Durst, 78, was convicted of the murder in September at the conclusion of a trial that took years to come together and was delayed by the coronavirus pandemic.

Durst was arrested in New Orleans in 2015, wearing a latex head-to-shoulders mask and carrying $42,000 in cash just before the last episode of “The Jinx” aired on HBO ― attracting international attention to his life and family history. The Durst family owns and operates some of Manhattan’s most valuable commercial real estate. As the oldest son, Robert had been expected to take over the family business, until his volatile personality proved unsuitable. His brother Douglas was eventually tapped for the job instead.

Berman was 55 when police found her dead in her California home with a bullet wound to the back of her head. Neighbors had alerted law enforcement when Berman’s dogs were spotted roaming the streets. Police later received a note in the mail directing them to a “cadaver” at Berman’s address ― a note Durst admitted he’d written.

Berman had been a friend of Durst’s for decades, serving as his spokesperson when his first wife, Kathleen McCormack, disappeared under mysterious circumstances in 1982.

Earlier this year, Douglas Durst testified about his brother’s violent tendencies during the trial, saying that Robert would “like to murder me.”

“There is almost no emotion that Bob shows that is genuine,” Douglas said.

Thomas Durst, the third Durst brother, similarly testified in 2020, before the trial was disrupted, that he was terrified of his older sibling. Thomas said he would rate Robert’s generosity, on a scale from zero to 100, at “about minus 50, if the scale goes that low.”

Prosecutors suggested during the trial that Durst had murdered Berman, a crime writer who was having financial trouble, in order to prevent her from talking about McCormack, whom Durst is also suspected of killing.

“He’s a narcissistic psychopath. He killed his wife and then he had to keep killing to cover it up,“ Los Angeles Deputy District Attorney John Lewin said after Durst’s conviction last month.

Speaking before the judge Thursday, Lewin said, “The evidence is very clear” that Berman assisted Durst “with covering up the killing of his wife,” but he added: ”I think it’s very important to understand … that Susan Berman did not cover up what was described to her as a murder. Susan Berman very likely [believed] this was some kind of accident.”

Windham repeatedly dubbed the case “a witness killing” on Thursday before handing down his sentence. Berman’s death represented a “denial of justice to the McCormack family,” Windham said.

The McCormack family was reportedly angry that they were not permitted to read a victim impact statement upon Durst’s sentencing, since a significant part of prosecutors’ presentation during the trial was devoted to proving that his marriage had been in shambles in the 1980s.

When Berman’s family and friends stood to deliver their statements to the judge on Thursday, several of them called on Durst to tell the McCormack family where to find Kathy’s remains so they could seek closure.

McCormack was 29 when she disappeared, and had been married for nearly a decade. She was just months away from graduating medical school.

The case of McCormack’s disappearance and presumed death was reopened in May. Westchester, New York, District Attorney Mimi Rocah is reportedly seeking to indict Durst in his home state.

The former real estate heir first faced murder charges nearly two decades ago, when he was acquitted in the death of a neighbor despite having admitted to cutting up the man’s body and dumping it in a waterway.

At his 2003 trial, Durst claimed he was trying to defend himself during a struggle over a gun that ultimately killed his friend and neighbor, Morris Black. He said he feared no one would believe him due to the strange circumstances of his living arrangement. Durst had been keeping a low profile and using a disguise after Berman’s death.

As his defense attorney put it in 2003: “His friend is dead, lying on the floor in a $300 apartment rented by a billionaire in Galveston, Texas, who is dressed as a woman. How much stranger does it get than that, and who will believe him?”

After being arrested for Black’s death and let out on bail, Durst promptly fled, only to be caught in Pennsylvania for trying to shoplift a newspaper and a chicken salad sandwich. He had shaved off his hair and eyebrows.

He ultimately served just around one year in jail for evading his bail.