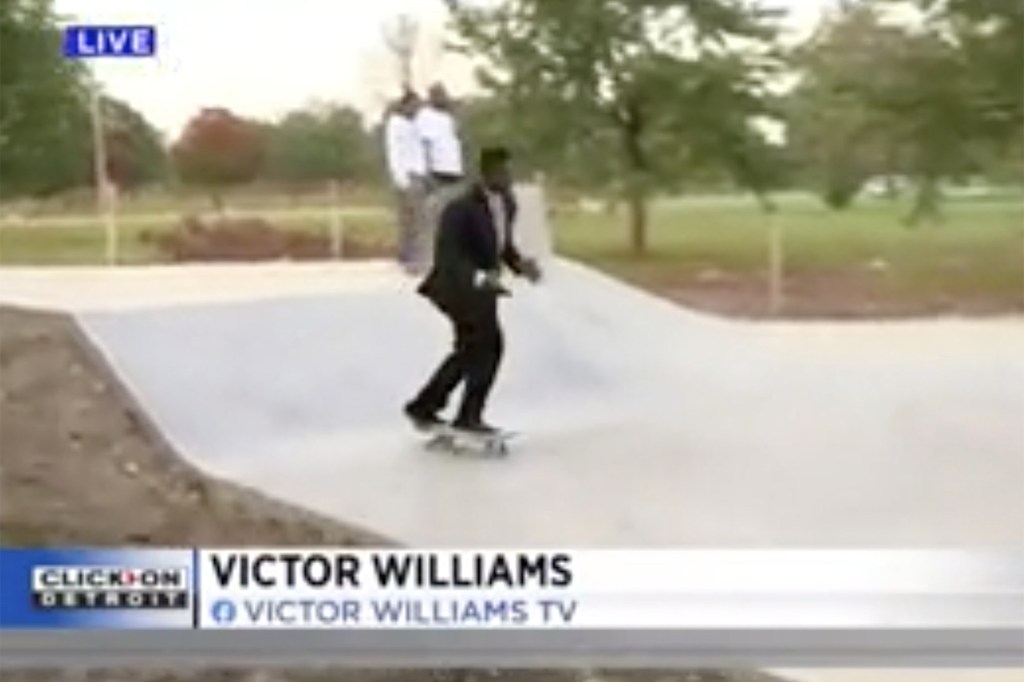 A Michigan broadcast reporter wowed viewers when he skateboarded through his live local news segment.

Victor Williams was reporting on a new skate park that was about to have its grand opening outside of Detroit.

While giving the news report, Williams literally jumped on a skateboard and rolled through the park.

“As far as Chandler Skatepark, they’ll be done in about 10 days or so,” Williams said as he whizzed by the cameras.

His co-anchors, Karen Drew and Jason Colthorp were shocked as they watched their colleague skate from the studio, with Drew gushing, “Victor, you are so cool! Look at him go!”

“That’s live, folks! Really good stuff,” Colthorp chimed in. He then asked Williams how many years he’s been skateboarding.

“Wow. So impressed. I knew he was cool, but that’s a whole new level,” Drew exclaimed during the segment.

Williams shared the clip on his Twitter account where it has since garnered over 1.4 million likes and almost 70,000 likes.

Williams wrote, “In all seriousness, as a child, I would have killed for a new park and mentors in the skateboarding community. Glad to see it’s happening in Detroit.”