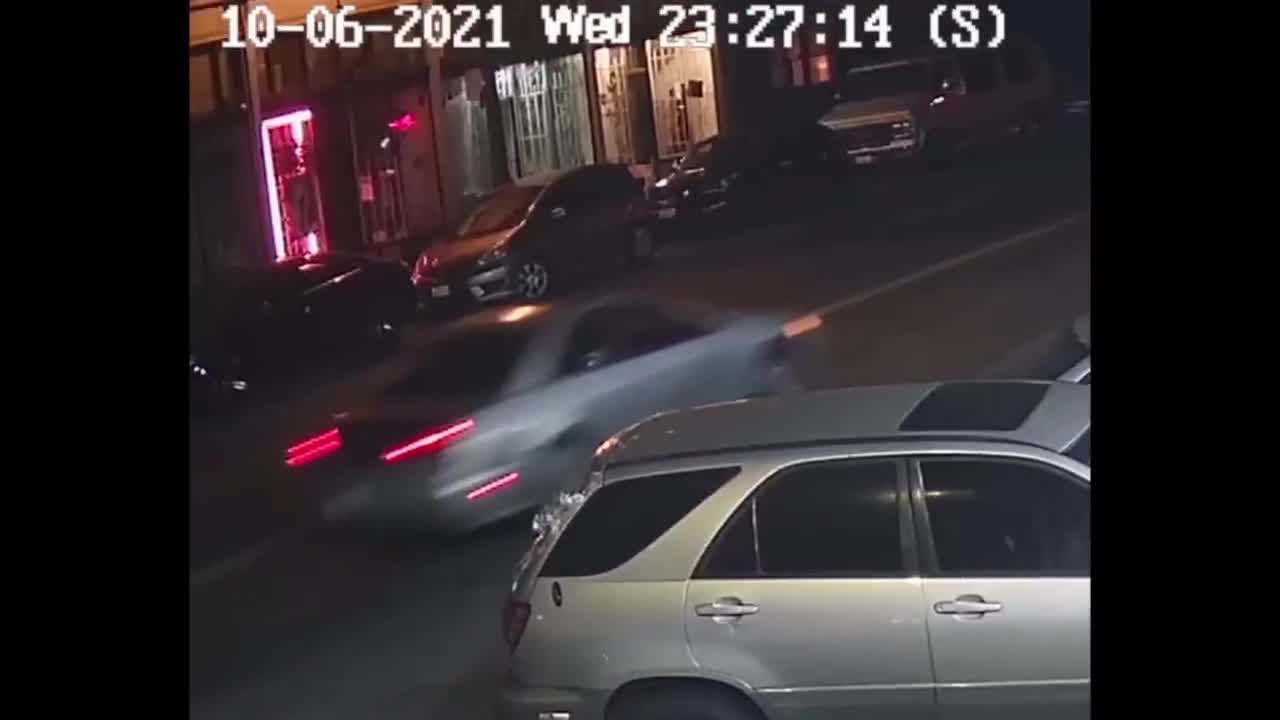 OAKLAND, Calif. (KRON) – Oakland police have released surveillance footage of the suspected vehicle involved in the fatal shooting of a 15-year-old girl earlier this month.

The police department posted the video on Twitter seeking help from the public to identify the person responsible for the shooting.

The car appears to be an early 2000s, silver, 2-door Honda Accord, police said.

It happened in the 5000 block of Bancroft Avenue.

“Driving in a vehicle with her uncle, when they were involved in a road rage incident. Where another person in another car and her uncle began to have dialogue, and that dialogue led to arguing from one car to another. And, then the other vehicle. Someone in the other vehicle fired multiple rounds at the car, striking this innocent 15-year-old child,” Chief ZLeRonne Armstrong said.