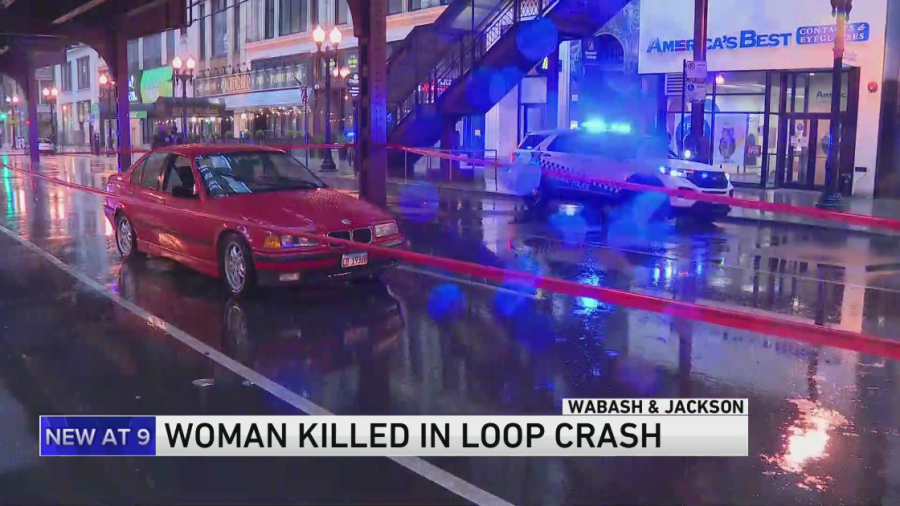 CHICAGO — A 55-year-old woman was killed in a crash while crossing the street at an intersection in the Loop late Friday afternoon, according to police.

Police said the woman was crossing at the intersection of Wabash Avenue and Jackson Boulevard just after 5:20 p.m. when she was struck by a red BMW driving northbound at a high rate of speed.

The woman sustained blunt force trauma to the head and was transported to Northwestern Memorial Hospital where she was pronounced dead.

The driver of the BMW, a 26-year-old man, attempted to flee the scene before being apprehended and placed into custody without further incident.

Citations are pending and there are no further injuries from the incident.