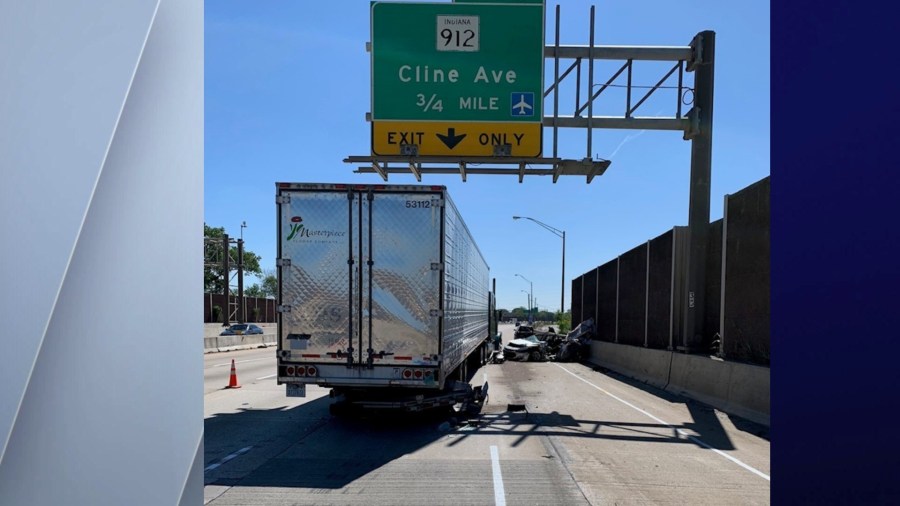 HAMMOND, Ind. — One person was killed in a crash involving a semi-truck on I-80/94 in Hammond Sunday morning, according to police.

Police said troopers received a call for a disabled semi-truck at the eastbound 3.9 mile marker on I-80/94 at approximately 7:47 a.m. Sunday morning. Approximately one minute later, a serious crash involving the truck occurred.

A preliminary investigation shows the truck was traveling eastbound in the 2nd lane when the vehicle lost air pressure to its brakes. As a result, the driver was unable to move the truck from the lane.

A silver 2020 Chevy Malibu was also traveling eastbound in the 2nd lane when the vehicle’s driver apparently did not realize the truck had stopped, rear-ending the vehicle at a high rate of speed.

The driver of the Malibu sustained severe injuries and was pronounced dead at the scene. The right two lanes were closed for an investigation and have since reopened.