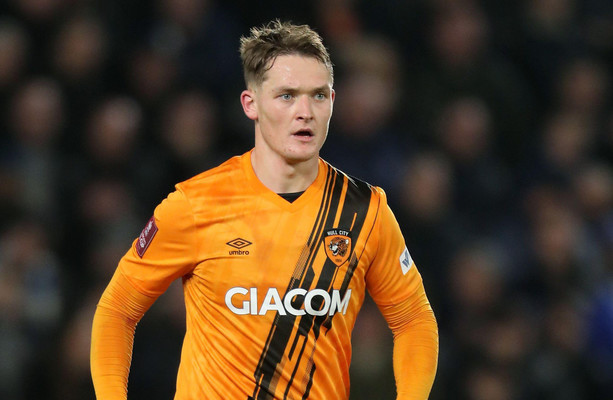 SEAN MCLOUGHLIN’S IMPRESSIVE form with Hull City has been recognised with the club’s Player of the Month award for December.

The 25-year-old centre-back received over 48% of the votes that were submitted by supporters of the Championship club, which earned him the honour ahead of team-mates George Honeyman, Ryan Longman and Keane-Lews Potter.

McLoughlin has capitalised on a long-awaited opportunity to make an impact at Hull, having had to be patient in his pursuit of opportunities following his transfer from Cork City in July 2019.

The Cobh native, who was rewarded with a new three-year contract last March, has now made nine consecutive starts for Grant McCann’s side.

The most recent of those came in Saturday’s FA Cup clash with Everton, when he produced an accomplished performance despite Hull’s elimination at the hands of an extra-time goal from Andros Townsend.

A former Ireland U21 international, McLoughlin was named in the PFAI Team of the Year in 2018.