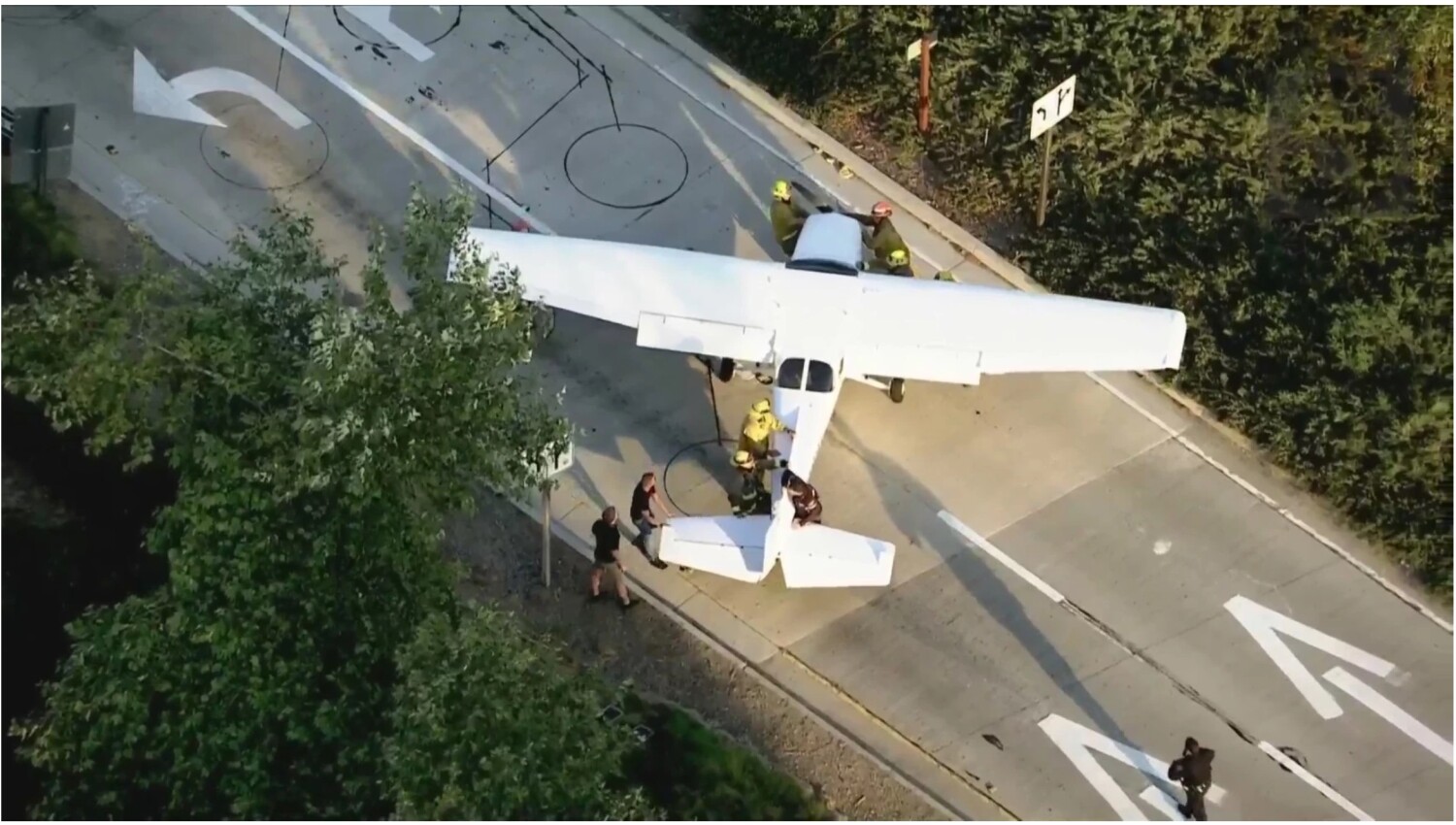 A small plane landed Monday evening on the 101 Freeway in Westlake Village, disrupting traffic as drivers were returning home at the end of Memorial Day weekend.

Nobody was injured when the single-engine Cessna landed in the southbound lanes near Lindero Canyon Road just before 7 p.m., said Michael Pittman, a supervising fire dispatcher at the Los Angeles County Fire Department.

The pilot had radioed to air traffic control minutes earlier that an emergency landing might be needed in the Calabasas area, but the reason was not immediately clear, according to the California Highway Patrol.

Rescue workers managed to roll the plane down the freeway’s Reyes Adobe Road exit ramp in less than an hour, authorities said.