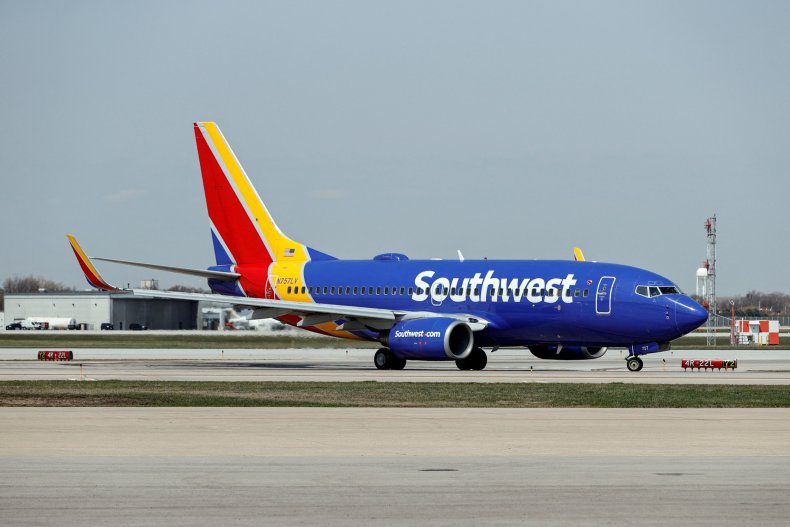 A former pilot for Southwest Airlines was sentenced to one year of probation and fined $5,000 for a federal charge of committing “lewd, indecent, or obscene” acts during a flight.

On August 10, 2020, after the plane reached cruising altitude, Haak, of Longwood, Florida, “got out of the pilot’s seat, and while still in the cockpit of the plane, intentionally disrobed and viewed pornographic media on a laptop computer,” according to federal prosecutors in Maryland.

The statement from the Department of Justice added that “Haak further engaged in inappropriate conduct in the cockpit” while the first officer continued her in-flight duties. He and the first officer had never met prior to the flight.

A Southwest Airlines spokesperson said that Haak had left the airline before the incident was brought to the company’s attention.

The incident is not the only challenge that Southwest Airlines has faced recently. On May 23, a Southwest flight attendant was struck in the face by a passenger, identified as Vyvianna Quinonez, 28, on a flight from Sacramento to San Diego.

Southwest Airlines spokesman Chris Mainz told CNN that the passenger was “repeatedly” ignoring standard in-flight procedures, such as tray tables and seatbelts, “and became verbally and physically abusive upon landing.”

The passenger was arrested on felony battery resulting in serious injury, after allegedly knocking out two of the flight attendant’s teeth.

The incident sparked Southwest Airlines’ recent decision to further halt the distribution of alcoholic beverages on flights. Southwest’s head of in-flight operations, Sonya Lacore, wrote in a memo that “based on the rise in passenger disruptions in flight, I’ve made the decision to re-evaluate the restart of alcohol service on board.”

The airline had intended to resume its alcohol service in June and reported waiting until at least July, due to the uptick in aggressions it has seen on flights.

Mainz reported that Quinonez has been permanently restricted from “ever flying on Southwest Airlines again, and she has been advised this decision is final.”

“Unfortunately, this is just one of many occurrences,” Montgomery told ABC News.

The Federal Aviation Administration reported in a news release that it has recieved nearly 2,500 reports of unruly behavior by passengers since the beginning of the year.

Newsweek reached out to Southwest Airlines for comment on Haak’s plea agreement and its decision to pause alcohol services.