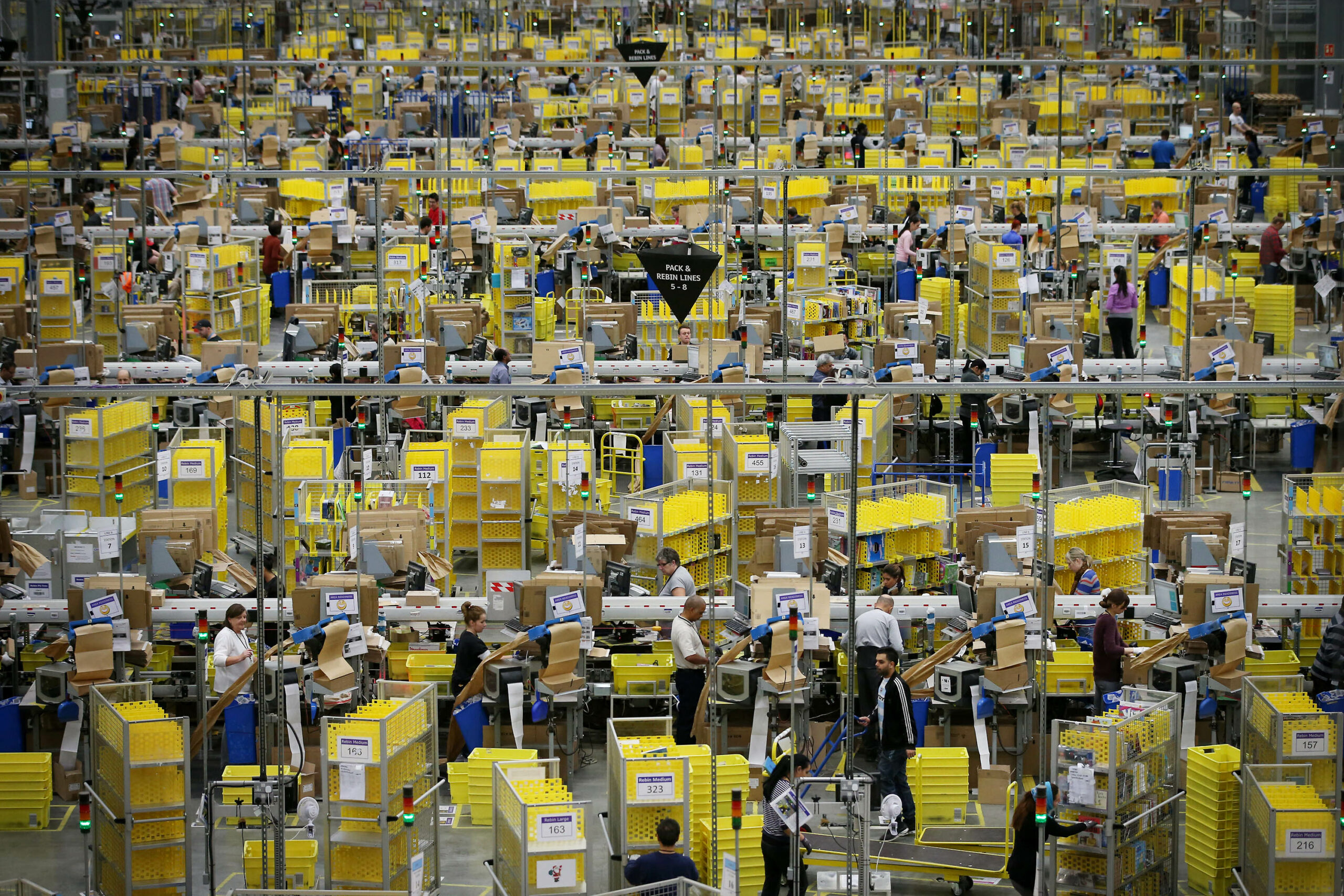 Before I finished this article I was stressed. It was the end of the winter holidays, but I still decided to take up a freelance job. I could have chosen to sit on a beach by the Oslo Fjord, go to the cinema or simply sit by the tomato plants on my balcony. Still, I took on an assignment that required many hours of work. The stress I felt as the deadline approached created a familiar drill in my stomach. I slept less, became more impatient and less present around others. The sun was shining outside, my bank account had enough money, but there I was anyway, labouring in the light of a computer.

Like most people, I feel a curious pull towards this activity we call “work”. When I am not sleeping, showering, cooking or eating, I spend most of my time working. I like to have free hours but not too many. In jail, prisoners who are put in solitary confinement beg to get out for work. They would rather do laundry and mop floors with convicted robbers and killers than twiddle their thumbs.

Most lottery winners do not stop working when they get rich. According to a study published in the Harvard Business Review, the more money people make, the more they work. In the US, 62% of those with the highest incomes work more than 50 hours a week. Over a third of those work more than 60 hours, and one in 10 works 80 hours a week. Meanwhile, their plush gardens and swimming pools lie empty, and their luxury cars gather dust in the garages.

Is it in our very nature to want to work as much as we can? Perhaps evolution has made us automatically appreciate those who work hard and look down on those who put their feet up. Perhaps we are predisposed to being diligent.

In a new book, Work: A History of How We Spend Our Time, social anthropologist James Suzman arrives at a different answer to why we work as much as we do, and often far more than needed.

Suzman reviews humanity’s long work history, from when the first groups of Homo sapiens began hunting and foraging on the savannas of Africa, to today’s automated society. He concludes that it is not natural for people to work all the time.

Humans have inhabited the earth for a little more than 300 000 years, and for the vast majority of it we have lived in a completely different way than we do today. Until about 10 000 years ago, when the agricultural revolution laid the foundations for urban society, most people lived as hunters and gatherers in small groups.

It was long believed that hunters and gatherers lived short and miserable lives. When the first Europeans went to the Kalahari Desert, they concluded that it must have been a bloody struggle to subsist on animals and plants. But when social anthropologists began to study and live among these groups in the 1960s – among nomads in the Arctic, Aborigines in Australia, Hadza tribes in Tanzania – they discovered something surprising. Life for hunters and gatherers was not a struggle. Surveys showed that hunters and gatherers ate varied and nutritious food. In fact, in many cases they ate 10% more calories than what an average person requires today.

Because hunters and gatherers did not have access to modern hospitals, infant mortality was high by today’s standards. But those who survived their 15th birthday could still expect to live until they were well over 60 years old. In other words, hunters and gatherers likely lived longer than most people in agricultural societies.

The most striking thing, however, was not life expectancy but the quality of life. Field studies showed that hunters and gatherers obtained all the food they needed with very limited effort, and enjoyed more “leisure” than most people at the start of the industrial age. The Ju/’hoansi, who lived in the Kalahari Desert until the middle of last century, spent only about 15 hours a week acquiring the resources they needed to live, and roughly the same time caring for relatives at home.

Fifteen hours a week, that’s hardly more than a worker during the industrial revolution worked in a day. While children and adults worked until their lungs collapsed in coal mines in Europe, the Ju/’hoansi sat around the fire and told stories, danced, sang and played games.

Through the majority of our history as a species, we have prioritised our lives differently than we do today. Even today’s accepted standard – about 40 work hours a week, in addition to childcare and housework – appears unnecessarily tedious from a historical perspective.

If it is not natural to work as much as we do today, perhaps it is still necessary in today’s modern society?

The warehouse workers in Amazon’s department store, the garbage collectors in the landfills in Rio and the textile workers in Bangladesh have little choice but to work long hours. Because workers’ incomes are low, while the factory owners reap most of the profit, the world’s poor have to struggle all day long to support their families.

But the higher up the ladder we get, the harder it becomes to explain why we work so hard. In a famous article from 1930, the leading economist of the time, John Maynard Kenyes, predicted that in 100 years modern society would have solved the problem of economic scarcity. Keynes therefore estimated that by 2030, his grandchildren would not have to work more than 15 hours a week, like the Ju/’hoansi, thanks to growth in capital, productivity and technological advancement. The future would be an age of “leisure and abundance”.

Keynes was right about one thing: the modern world became more productive. If anything, Keynes underestimated how much richer and more productive the world would become. However, Keynes was wrong when he claimed that these advances would also lead to everyone working less. Even though it takes fewer and fewer human hands to produce what our populations need, today most of us work just as much as we did in the 1970s. Why?

Even if our bank accounts are in the black right now, most of us keep working because we fear that if we stop, our needs or our families’ needs will not be covered in the future. Particularly in societies with little or no welfare state protection, everyday life is precarious, even for those not at the very bottom of the economic ladder. People work to stay afloat.

Yet many members of the middle class do not work just to get what they need. They also work to acquire everything they want. The middle class desire for more stuff is ingrained in the very structure of capitalism. For our economies to keep growing, consumers must always want more. We now live in a hunter and gatherer society where needs are covered, but where the hunt continues. Another holiday home, another international flight, an apartment with a view.

Yet the expectation of increased growth and consumption is only part of the explanation for why the most privileged of us go to work in the morning. Work provides more than just a paycheck – it also gives us a sense of being a valuable human being. This ideology of work is prevalent across the political spectrum. The constitution of the Soviet Union literally declared that “he who does not work, shall not eat”.

Keynes was unable to predict how the job would become the very axis around which life rotates in the 21st century. When we meet a stranger at a party, we automatically ask, “what do you do?” By this, we actually mean: “where do you stay between nine and five?” We pity those who do not have a good answer because the job has become our foremost identity.

It does not matter if you have one of the “bullshit jobs”, as described by the anthropologist David Graeber, where you attend meetings that no one pays attention to and write reports that no one reads. The sole aim is to participate in the ritual of work, even though it can be hell from nine to five.

In my part of the world, one must have a job to have a dignified life. It ought to be a job that sounds cool, where you work on “projects” and are terribly busy. Ideally, one should have a “career”. For the middle classes, it is no longer enough to work, we have to really love our jobs, and be busy all the time.

Part of this modern “hunt” is good. We rush to create new medicines and technology that make life easier to live. But a lot of the stress is unnecessary. In my home country Norway, private consumption has doubled since the year 2000. We buy more things, eat more meat and fly more. In order to continue these lifestyles, our politicians claim that we must also work more. Their goal is to get as many people as possible into waged work, for as long as possible.

Yet something is shifting about how we think about work in modern society.

In the trade union movement, it has become common to discuss the possibilities of reducing working hours to share the jobs that exist. Moreover, the fact that people work a little less does not necessarily mean that we produce less. Iceland has experimented with a shorter working week for 1% of the country’s employees. The results, which came in last summer, are surprising: not only do people become healthier and happier when they work less, but they produce as much as before. In some cases, productivity goes up when working hours go down. People work less, but use their time better.

The new conversation about work is about more than just working less. The Covid-19 pandemic has forced us to rethink what valuable work really is. Many have noticed that it was precisely the occupational groups with the lowest wages and lowest status – cleaners, transport and care workers – who prevented society from collapsing when the pandemic ravaged the worst, while the rest of us had to be at home.

Unfortunately, the rule of thumb is that the less “bullshit” your job is, the more likely you are to be paid poorly and treated poorly at work. Underpaid nurses ran from house to house to help the elderly while marketing consultants sat on the porch and attended Microsoft Teams meetings. Why should it be like this?

The time has come to rethink how we organise our work.

What should be the characteristics of valuable work in the 21st century, both the type that happens in an office and outside it? How should we work in an age where corporate fossil fuel extraction and private consumption is ruining the planet?

Policy developers and centrist politicians are discussing solutions to these problems that seemed utopian only a few years ago, from the four-day working week to universal basic income and public ownership of technology.

Depending on the outcome of these debates, the future could be less like the hell that our most vulnerable workers endure, and more like the paradise Keynes dreamt of for his grandchildren.

The fact that someone might still choose to sit indoors and write online articles while the sun is shining – well, that would be their own choice.

This is an abridged and edited version of an article first published on OpenDemocracy.Net