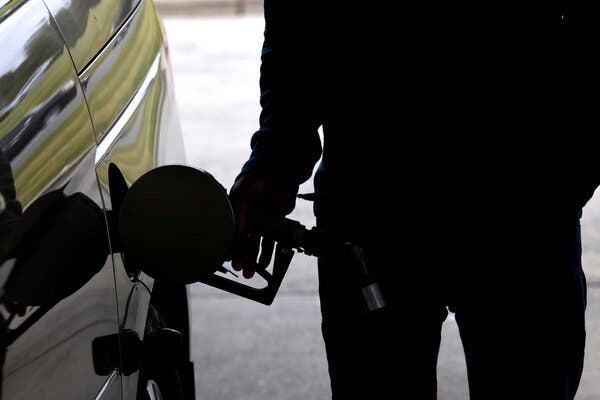 With oil futures rising to levels not seen since 2018, officials from the Organization of the Petroleum Exporting Countries and allied producers like Russia are expected to meet by teleconference Tuesday to decide on output in the coming months.

The group, known as OPEC Plus, is still adjusting to a market that collapsed a year ago when the pandemic took hold of the global economy, forcing a huge cutback in petroleum output. Most analysts forecast that the oil ministers will probably stick close to a program of gradual easing of curbs agreed in April.

Analysts say that even with these modest additions in production, the oil market is likely to be tight as increased economic activity leads to more petroleum consumption, burning off the glut that built up in the early months of the pandemic.

Oil prices were rising on Tuesday. Brent crude, the international benchmark, hit $71 a barrel while the U.S. benchmark, West Texas Intermediate, gained as much as 3 percent, to more than $68 a barrel. Both prices were the highest since October 2018.

OPEC ministers are watching the indirect talks between Iran, a member of the cartel, and the United States that could lead to an easing of sanctions and a surge in Iranian crude onto the world market. OPEC may figure that the outcome of the talks is still unclear and a major increase in Iranian oil output, if it comes, is months away.

Stocks, commodities and bond yields all rose on Tuesday amid evidence of a strengthening global economic recovery. In the data, there are also signs that manufacturers are struggling to keep up with demand, which could increase inflationary pressures.

U.S. stock futures rose, with the S&P 500 set to open half a percentage point higher when markets begin trading after the long weekend. The yield on 10-year Treasury notes rose 2 basis points, or 0.02 percentage points, to 1.62 percent, the highest level in more than a week.

Most European stock indexes were higher. The Stoxx Europe 600 index climbed 1.1 percent, extending its record high. All sectors were higher with energy and mining stocks among the biggest gainers.

A measure of manufacturing activity in the eurozone climbed in May to a record high, according to IHS Markit, and the unemployment rate for the region fell slightly to 8 percent. The annual rate of inflation in the euro area rose to 2 percent in May, according to the first estimate by the European Union’s statistics agency, reaching the European Central Bank’s target for the first time since November 2018.

The increase in manufacturing output is another sign that the eurozone economy is rebounding strongly in the second quarter, Chris Williamson, an economist at IHS Markit said.

“However, May also saw record supply delays, which are constraining output growth and leaving firms unable to meet demand to a degree not previously witnessed,” he added.

Later on Tuesday, data on U.S. manufacturing activity will be released by the Institute for Supply Management. In China, the manufacturing sector reported the strongest increase in new work for five months in May though there are also reports of supply delays and higher purchasing costs.

Oil prices climbed higher before a meeting of the Organization of the Petroleum Exporting Countries and its allied producers including Russia. Analysts expect the oil producers to continue gradually increasing production quotas. West Texas Intermediate, the U.S. crude benchmark, rose 2.5 percent to $68 a barrel, and Brent crude, the global benchmark, increased 1.9 percent to $70.63 a barrel.

House prices in Britain rose nearly 11 percent in May from the year before, according to data from Nationwide Building Society, one of the country’s biggest mortgage providers. It’s the fastest growth in house prices since 2014. The average house price is now 242,832 pounds ($344,445).

Dave Ramsden, a deputy governor at the Bank of England, said he and his fellow central bankers were closely watching the housing market and other indicators to assess whether the current jump in inflation would be transitory. He said policymakers were going to “guard against” the risk that demand outpaces supply leading to a more sustained pick up prices. “If it is not temporary we know what to do about that,” Mr. Ramsden told The Guardian newspaper, adding policymakers would increase interest rates.

As the pandemic hampered factory operations and created chaos in global shipping, many economies around the world were bedeviled by shortages of a vast range of goods including electronics, lumber and clothing.

The shortages reflect the disruption of the pandemic combined with decades of companies limiting their inventories, The New York Times’s Peter S. Goodman and Niraj Chokshi report.

Over the last half-century, Toyota has captivated global business in industries far beyond autos. It pioneered so-called Just In Time manufacturing, in which parts are delivered to factories right as they are required, minimizing the need to stockpile them. Companies have embraced Just In Time to stay nimble, allowing them to adapt to changing market demands, while cutting costs.

But the tumultuous events of the past year have challenged the merits of paring inventories, while reinvigorating concerns that some industries have gone too far, leaving them vulnerable to disruption.

The most prominent manifestation of too much reliance on Just in Time is found in the very industry that invented it: Automakers have been crippled by a shortage of computer chips — vital car components produced mostly in Asia. Without enough chips on hand, auto factories from India to the United States to Brazil have been forced to halt assembly lines.

But the breadth and persistence of the shortages reveal the extent to which the Just in Time idea has come to dominate commercial life. This helps explain why Nike and other apparel brands struggle to stock retail outlets with their wares. It’s one of the reasons construction companies are having trouble purchasing paints and sealants. It was a principal contributor to the tragic shortages of personal protective equipment early in the pandemic, which left frontline medical workers without adequate gear.

Just In Time has amounted to no less than a revolution in the business world, but the shortages raise questions about whether some companies have been too aggressive in harvesting savings by cutting inventory, leaving them unprepared for whatever trouble inevitably emerges.

No pandemic was required to reveal the risks of overreliance on Just In Time combined with global supply chains. In fact, experts have warned about the consequences for decades.

Let’s say you’re thinking about becoming a digital nomad this summer, making the most of your company’s work-from-home policy as borders reopen before the bosses require you back in the office. The streets of Rome and the foothills of Iceland’s glaciers are appealing, but have you thought much about the logistics of keeping up with your job, or about the tax consequences?

As tempting as it all is, the reality can be complicated, experts say.

“The tax system globally right now is not prepared for what the work force is going through,” said David McKeegan, a co-founder of Greenback Tax Services, an accounting firm for U.S. expatriates. “I think at some point we’ll see a system where people are asked on the way in or out if they were working and countries will try and get some more tax revenue from this very mobile work force.”

Here is a look at how working remotely from abroad could affect Americans’ take-home pay, addressing questions such as: