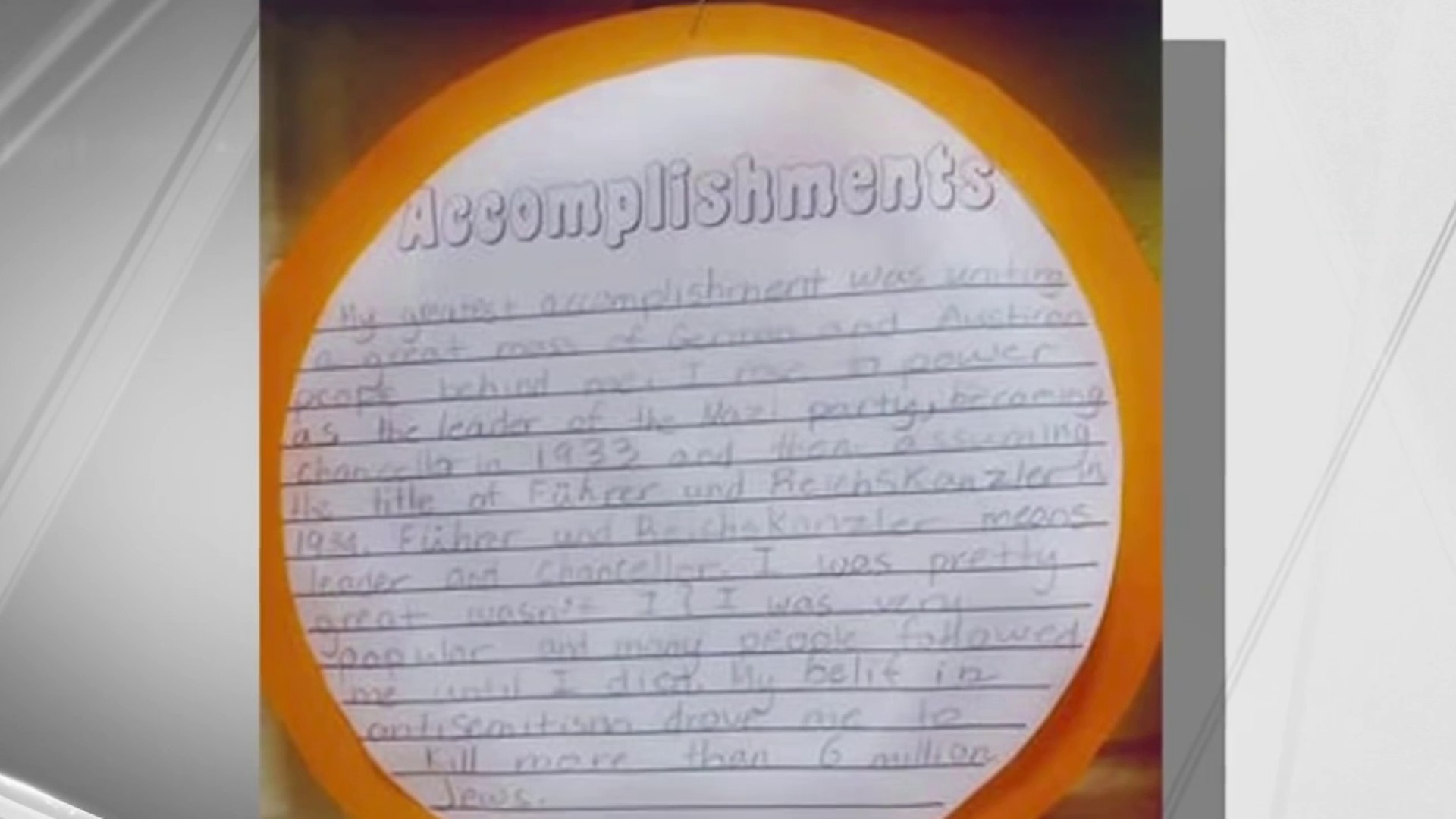 A New Jersey elementary school student’s assignment about Adolf Hitler has sparked an investigation after the report that appeared to glorify the Nazi leader was put on display.

The assignment completed last week by a fifth-grade student at Maugham Elementary School was met with outrage from parents who say the teacher failed by allowing the student to praise Hitler for his “accomplishments.”

The report, referring to Hitler, said “I was pretty great, wasn’t I?” It also noted his unification of Germans and Austrians, saying “I was very popular” with only one reference to the antisemitism that drove the dictator to kill more than six million Jewish people.

Reactions from community members have been strong, especially in light of recent antisemitic attacks. They say they are outraged and some are calling for the teacher’s dismissal.

“The teacher failed to recognize the profound impact this can have on students, family members and others in our community who could perceive this project as condoning or even glorifying the atrocities of one of the most evil individuals in the world history,” said Jordan Shenker, CEO of the Kaplen JCC on the Palisades.

It’s unclear if any actions were taken but the Tenafly Board of Education is reviewing the situation, according to the Tenafly Public Schools Superintendent Shauna DeMarco.

“In the meantime, we are committed – as always – to cultivating a positive school culture that has no room for hate, prejudice, bias, or oppression. We are proud of our District’s actions and policies regarding diversity, equity, and inclusion and are committed to ensuring adherence to these guiding principles,” DeMarco said, adding that an update will be provided this week.