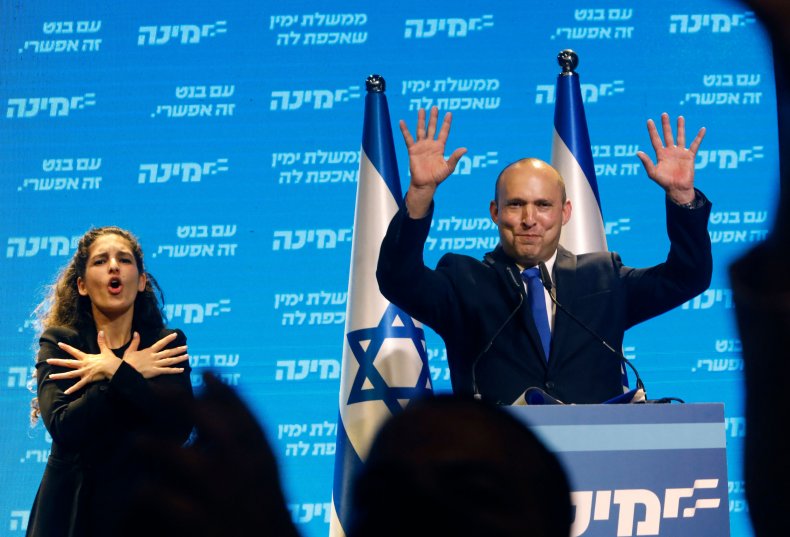 Israel could soon have a new prime minister as the country’s political parties continued negotiations on government formation on Monday ahead of a deadline this Wednesday.

The leader of the opposition, Yair Lapid, has successfully negotiated a power-sharing agreement between his Yesh Atid party and the right-wing Yamina party, led by tech millionaire Naftali Bennett.

Under the terms of the deal, Lapid and Bennett would take alternating turns as prime minister over a four-year term with Bennett assuming the office first. However, they will need the support of other parties in order to form a government.

He also has close ties to the U.S. Bennett was born in Haifa, Israel to parents from San Francisco, California and he speaks fluent English.

Bennett spent some time in North America with his parents during his childhood and in 1999 he formed a start-up company and moved to New York, according to Reuters.

Bennett went on to sell his business, an anti-fraud software company called Cyota, to U.S.-based security firm RSA in 2005 for $145 million. He currently lives in Tel Aviv with his wife, a dessert chef named Gilat, and their four children.

Bennett previously served as a senior aide to Prime Minister Benjamin Netanyahu between 2006 and 2008, when he was in opposition. Following his own entry into electoral politics in 2013, Bennett served in a variety of ministries, including a period as Minister of Defense in 2019 and 2020.

Upon his election to the Israeli parliament, known as the Knesset, Bennett was legally required to renounce his American citizenship along with five other new members who also had dual citizenship, according to The Times of Israel.

On Monday, Yair Lapid told a meeting of Yesh Atid that Israel “may enter a new era” amid ongoing government formation talks. He has found what many believed to be an unlikely ally in Bennett as part of efforts to oust Netanyahu from power.

Netanyahu been prime minister since 2009 and previously served in that role from 1996 to 1999. He is perhaps the most recognizable Israeli leader of the modern era but he could soon find himself out of office.

However, with a Wednesday deadline looming, there is still room for Lapid and Bennett to fail. The Knesset has 120 seats. Any new government will therefore require a 61-seat majority.

Preliminary agreements have already been reached with some parties, including the Labor Party, Meretz, and Yisrael Beteinu, a hardline party led by Avigdor Lieberman.

Lieberman said on Monday that his party had been the first to reach an agreement with Lapid, according to Haaretz.

“We wanted to drive the coalition talks forward,” Lieberman told a party meeting. “Once we shook hands, it was over. We’ve agreed on all the issues.”

The coalition may also need to bring on board Arab members of the Knesset from the Joint List or United Arab List. Israel has had four general elections in two years. If no agreement can be reached by the deadline, it will likely be heading for a fifth.