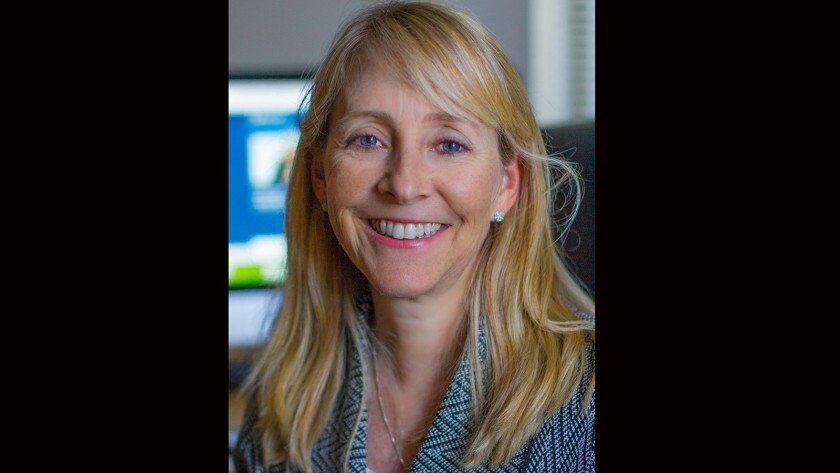 A mother accused in a massive college bribery scandal is asking a federal judge to dismiss the case, saying the paramilitary-style arrest at her La Jolla home more than two years ago triggered a life-threatening cardiac injury that now puts her “at mortal risk” if she testifies in her own defense at trial, according to a motion filed Friday.

The U.S. Attorney’s Office has not yet filed a response to the motion in court.

Kimmel, who once owned KFMB stations in San Diego as part of her family-owned Midwest Television Inc., now lives in Las Vegas. She is charged with conspiracy to commit mail and wire fraud; conspiracy to commit federal programs bribery; and conspiracy to commit money laundering. She is accused of paying $475,000 in bribes to get her two children into Georgetown University and the University of Southern California through a “side door” as athletic recruits for sports they didn’t play, according to court records.

The architect of the scheme, Rick Singer, operated a for-profit college counseling and preparation business in Newport Beach and paid a stable of administrative officials and athletic coaches at top-notch schools around the country to guarantee spots for the children of certain wealthy clients, authorities say.

The investigation documented at least $25 million in bribes, according to prosecutors.

The Kimmel family was awakened at 6 a.m. by loud banging and yelling and federal agents at their door dressed in tactical gear, her Boston-based attorney, Robert Popeo, writes in the latest filing.

Told she was under arrest, Kimmel, seated on the sofa, experienced shortness of breath and told agents her heart was racing out of control, the motion states. Her husband informed them of her history of coronary issues, which includes a 2008 open-heart surgery. She declined an offer of an ambulance.

Her condition worsened as she waited in the back of a vehicle, handcuffed, while agents ignored her requests for water or a bathroom and her complaints of nausea and thirst, her lawyer says. When she was finally permitted to begin the process of being booked into federal custody, the jail staff directed agents to take her to a hospital due to “obvious medical distress,” Popeo states.

Kimmel was hospitalized for five days after suffering a stress-induced cardiac event known as Takotsubo cardiomyopathy, or TC, which had also exacerbated a pre-existing problem with a leaky heart valve.

At discharge, the attending physician noted that Kimmel “remains ill with moderate risk morbidity or mortality due to a life-threatening condition,” the motion states, citing a doctor’s sworn affidavit.

The next day, she made her first appearance in San Diego federal court, and nearly two weeks later traveled to Boston to appear in front of a judge there. She pleaded not guilty.

Kimmel’s attorney argues that the aggressive posture during the arrest was an unreasonable seizure violating the Fourth Amendment and that indifference to Kimmel’s medical condition violated her due process rights under the Fifth Amendment.

The risk that she may suffer another cardiac event at trial violates her Fifth and Sixth Amendment rights, Popeo claims.

“The government’s misconduct has had a lasting impact of constitutional dimension,” Popeo writes. “Mrs. Kimmel is sicker and weaker than she would have been, and runs a demonstrably greater risk of severe illness and death if she attempts to undergo the rigors and stresses of trial — especially if she attempts to exercise her constitutional right to testify in her own defense.”

Popeo argues that Kimmel’s testimony will be crucial to her defense.

“One of the key issues at trial will be her subjective state of mind — did she lack specific intent to commit the underlying crimes because she believed that she was making legitimate payments through Rick Singer to Georgetown and USC?” he asks.

According to the complaint, Kimmel and her husband — who was not charged in the case — were recorded on a wiretap with Singer discussing their son’s admission, afraid the teen might find out he was accepted as a track athlete. Investigators also traced funds from her family’s charitable foundation that were donated to Singer’s foundation and the USC’s Women’s Athletics Board, according to the complaint.

A trial date has been set for September.