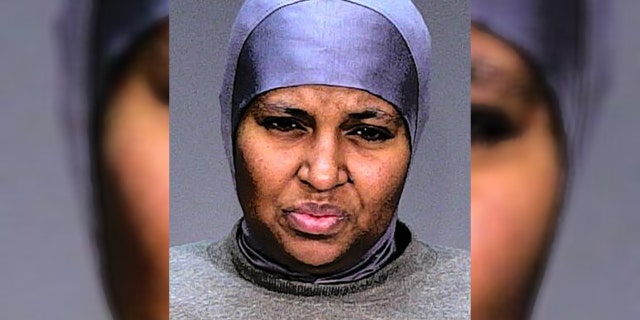 A Minnesota mother is facing charges of attempted murder after prosecutors say she attacked two of her three children with an unspecified object, resulting in both youngsters being hospitalized.

Details of the case against the suspect, identified as Sadiyo Ibrahim Mohamed, 32, of Woodbury, were spelled out in a “probable cause” statement issued by authorities in Washington County.

One of the children required emergency surgery after suffering a skull fracture, brain bleeding, broken ribs, a lacerated kidney and other injuries, the statement said.

After her arrest, the woman claimed to have been diagnosed with bipolar disorder and to have been off her medications for a couple of months. She claimed to be suffering from paranoia and hallucinations in recent days and believed her children had been “playing games on her,” according to the statement.

She blamed the alleged attack against the children on her medical condition and claimed she had been hospitalized in the past for mental health reasons, the statement said.

According to the statement, police in Woodbury – located just east of St. Paul – received a 911 call around 12:45 a.m. Wednesday about a woman chasing after a screaming child. When the officers approached the woman, she appeared to be “staring off into the distance” and repeating a phrase in a non-English language.

The woman, later identified as Mohamed, was handcuffed and placed inside a patrol car – and then handcuffed again after she managed to slip her arms free, the statement said.

The child heard screaming was 6 years old and appeared to have a broken arm, according to the statement.

Officers then heard witnesses alerting them about a 5-year-old child lying on the ground nearby. That child was found to be bleeding from a head wound and from other, lesser injuries.

Police also found an object lying in a pool of blood that authorities described as “a long skinny piece of wood or similar type of object.”

A third child was found unharmed inside the woman’s home, authorities said.

All three children were transferred to the care of the Washington County Child Protection, the statement said.