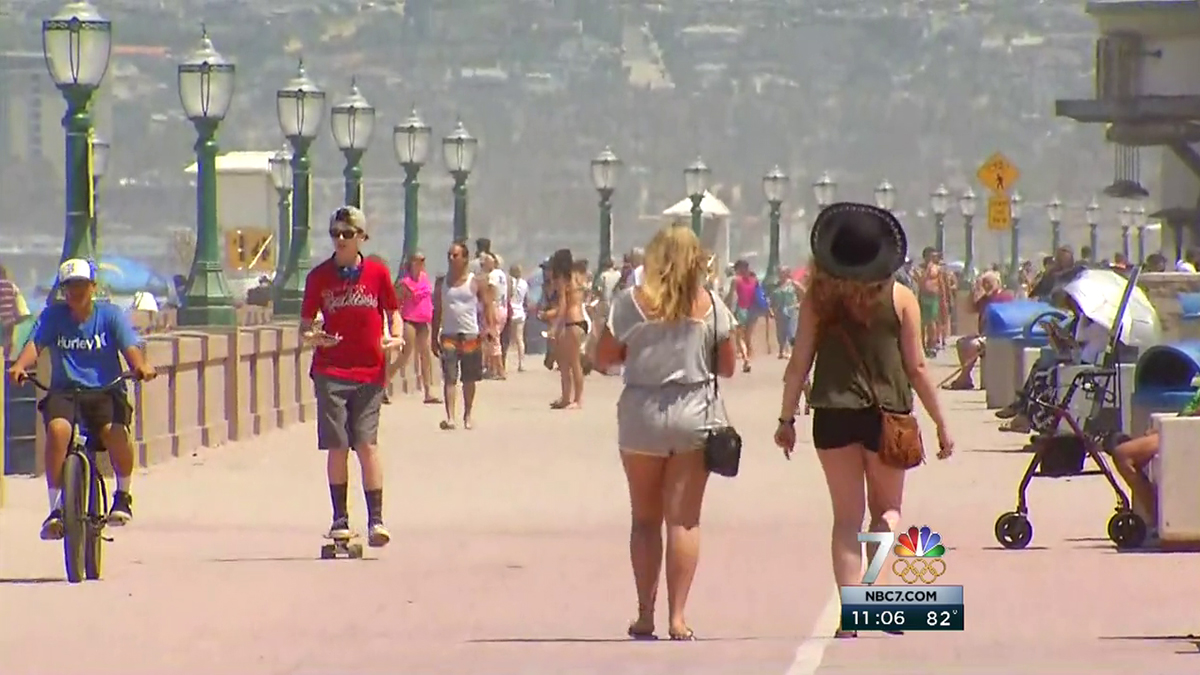 This Memorial Day weekend already looks a lot different from a year ago, and that’s evident at the airport, on the roadways and at our beaches.

“This year, people are having a good time. I see people actually out and about enjoying themselves,” San Diego visitor Michael Tinio said.

Tinio and his family are among the 37 million people AAA estimates will travel this holiday weekend. Though the pandemic isn’t over, many restrictions have been lifted and air travel isn’t as scary as it once was.

Of those 37 million expected travelers, three million will be getting to their destination by plane. Travelers still have to wear a mask and middle seats will most likely be full. Many are eager to have a good time over the first “holiday” weekend under relaxed rules and more widespread vaccination.

“I got my shot so I am good,” tourist Brittany Thomas said. “It’s more so how other people feel about it.”

Thomas arrived two hours early to the airport for her flight from Sacremento to San Diego. She expected longer lines and full planes and wasn’t disappointed.

“We only have one life to live, so I am happy to see people traveling and enjoying themselves,” she said.

The other 34 million holiday travelers will hit the road. Besides the heavy traffic, analysts say you can expect gasoline prices to be the highest for a Memorial Day weekend in seven years.

Compared to last year, a gallon of ags is about $1.08 higher right now.

“They’re high. It’s a bit painful,” Margot Lapenta told NBC 7 as she filled up. After pumping money into her gas tank, Lapenta is excited about using a little bit of wind energy this weekend.

‘I will probably go to the beach. My friend owns a sailboat, so hopefully we’ll go sailing on the bay,” she said.

Even the locals are excited about getting out and experiencing energy they’ve missed for so long. It’s almost as if they’re tourists, too.

you see fewer face coverings on the beaches  and significantly more faces.  San diegans are staycation folk and rightfully so.

“I just love it here, so I am just going to be basically being a tourist here,” San Diego resident Kathylee Valdez said walking Ocean Beach Pier.

The 37 million travelers AAA expects this weekend is a 60% increase over last year when the economy was shut down.