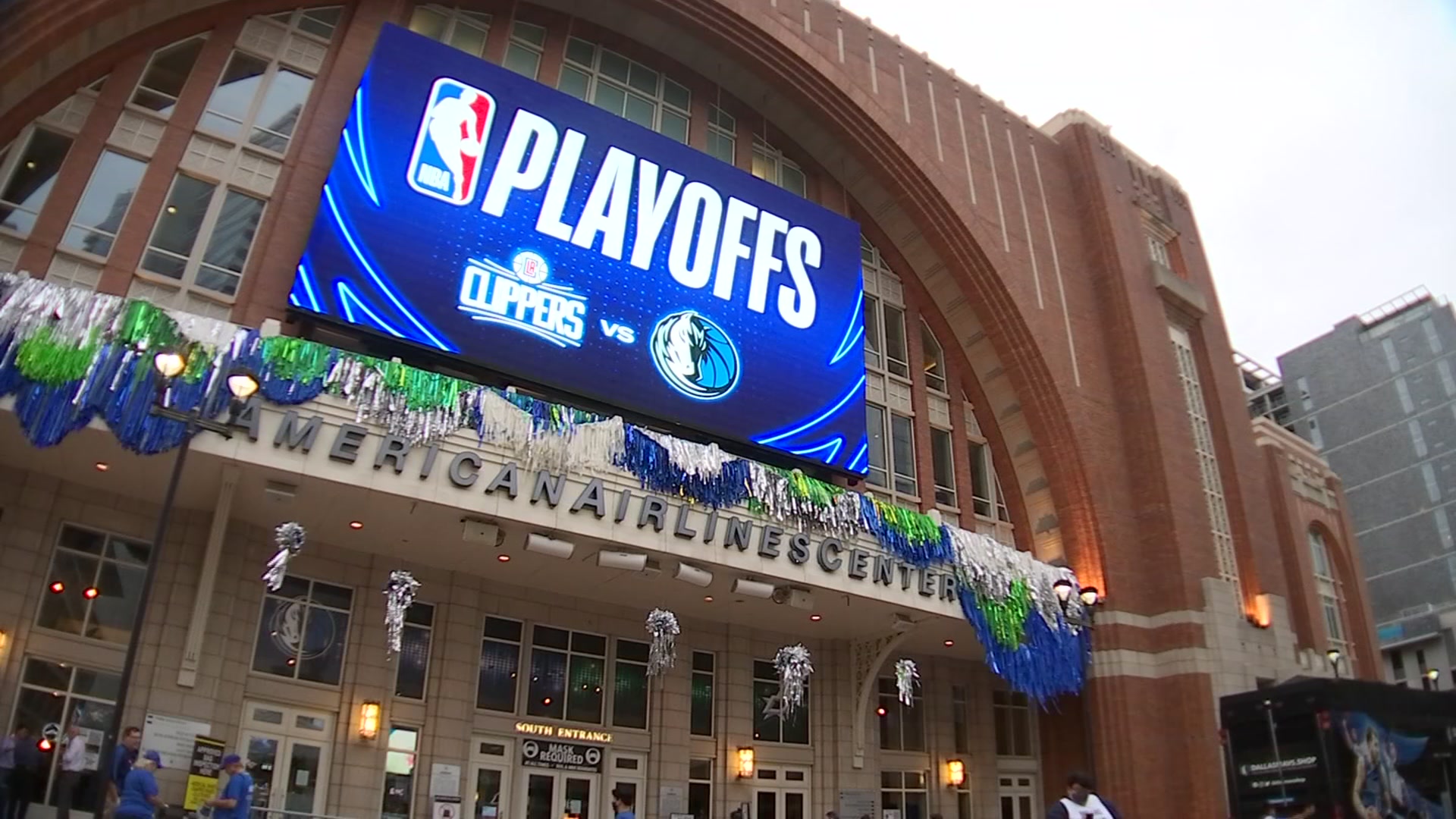 This playoff season could not have come at a better time for Dallas Mavericks fans. Not only is there excitement around getting closer to a championship, but around this time last year, many said they weren’t sure when they’d be back inside an arena.

Mavericks fans from all over say they’ve waited long enough for this moment. One fan traveled from Las Vegas to make up for last year’s missed opportunity.

“I was supposed to come down here last year for a game during the pandemic. I had the ticket bought, the hotel booked, everything like that against Houston and then boom the NBA season got canceled,” he said.

Tried and true fans like Regina Trevino say attending home games is a family tradition; one that was hampered by COVID-19.

“Every year we come to plenty of games. We’ve taken the kids to the games and everything,” said Trevino.

It was a perfect opportunity to take advantage of the partnership between the Mavericks and the City of Dallas. Together, they offered walk-up COVID vaccinations on the Plaza in front of the American Airlines Center.

Ultimately, the hope is for a repeat of ten years ago when the Mavs beat the Miami Heat to bring home the championship.

Overall, fans have high expectations and a sense of appreciation for the home team after hard year.