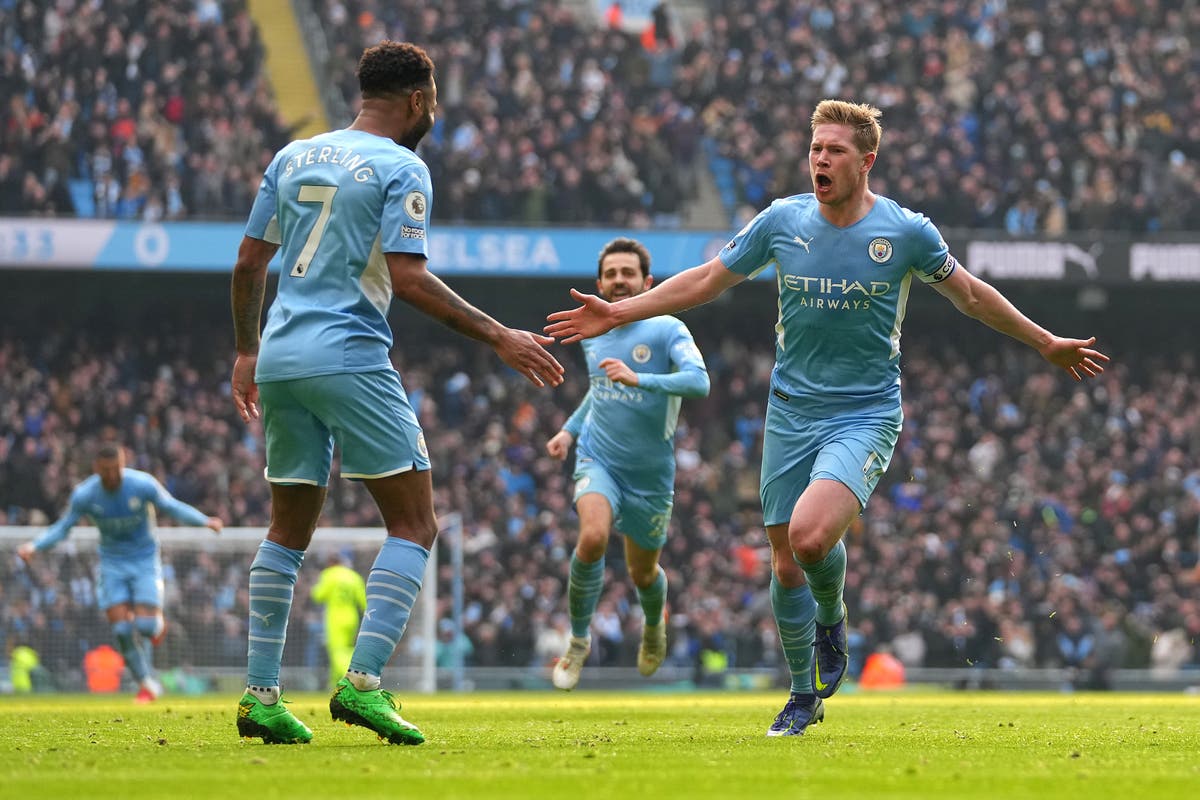 The home side were on top throughout the match but struggled to find the breakthrough until De Bruyne’s wonderful second-half strike finally gave his side the lead.

It took City’s winning run in the league to 12 matches and while Liverpool, who are 14 points behind, have two games in hand, Pep Guardiola’s side continue to look unstoppable in their defence of the title.

Marcos Alonso was shown a yellow card just seven minutes into the match, as he hauled down Sterling after the winger burst past him.

There were very few moments for Chelsea to get excited about in the first-half, but space did open up for Romelu Lukaku after he shrugged off John Stones. The Belgian drove into City territory, but rather than shooting he decided to pass it through to an offside Hakim Ziyech.

Chances were at a premium, and the only big one of the half came as Grealish was presented a huge opportunity by Mateo Kovacic, who was caught on the ball. The City man had only Kepa Arrizabalaga to beat, but the Spaniard made a great save to keep it goalless.

Chelsea failed to register a single shot in the first-half, but they had three in the opening minutes after the break.

Lukaku was played clean through on goal and really should have scored, but Ederson saved his effort. The rebound fell to Hakim Ziyech who blazed over, and a minute later Alonso had a wayward effort from range.

City continued to probe and patient in possession, and Sterling went close for the home side but he dragged an effort wide of the far post.

With 20 minutes remaining, Kevin De Bruyne picked up the ball and kept his balance really well as he skipped past N’Golo Kante, who just tried to hack the Belgian down. De Bruyne then sent a brilliant curling effort from outside the box around Thiago Silva and beyond Arrizabalaga to give City the lead.

There was no sign of Chelsea getting back into it late on, with Foden blazing over when he could have doubled the lead, as City cruised to yet another win and even with 16 games remaining this season, it looks difficult to see how they don’t lift the Premier League trophy in May.