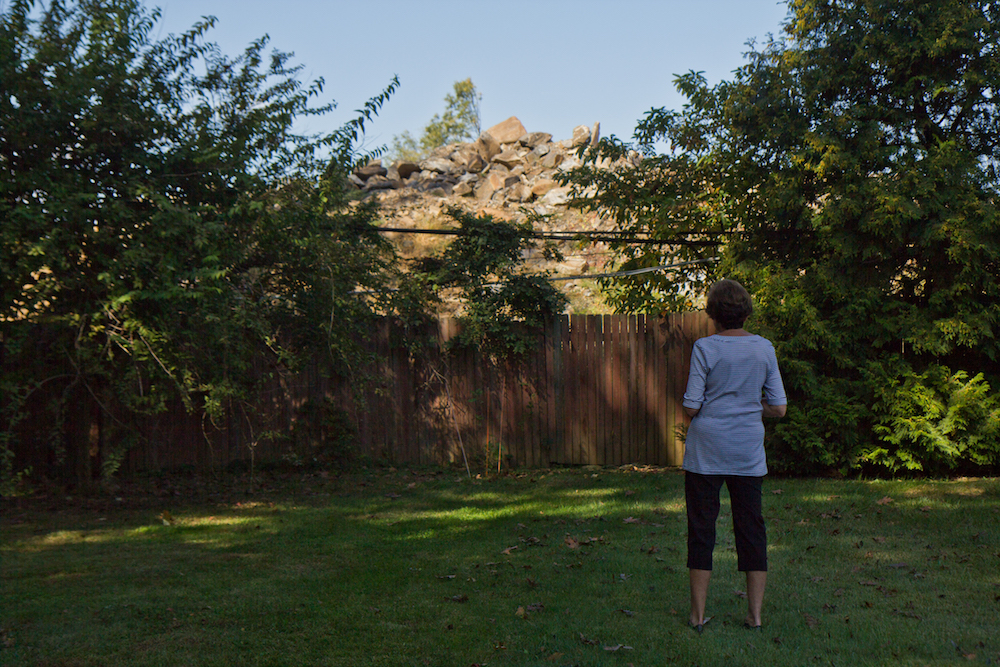 A small group opposed to the Lower Merion School District’s plan to clear 13 acres of woodland and hundreds of trees in Villanova for new middle school athletic fields gathered Thursday to issue a public rebuke of local officials and demand that they find another site.

“A lot of the neighbors have very, very grave concerns about the nature of how all of this occurred, how the school district came to this conclusion. And ultimately, for all of us, a big, big issue is safety,” said Andrew Abramson, who lives across the street from where a field entrance would be.

Because the area has narrow streets and no sidewalks, members of the community anticipate hazards from traffic. Along with the safety concerns come fears of environmental degradation.

“Lower Merion is losing all of their green space. We cannot afford to lose one more tree. These are magnificent, magnificent trees, and the neighbors are very concerned about what will happen to our neighborhood,” said Ann Gelfond, whose backyard is adjacent to the ongoing construction of a new middle school.

The Thursday morning gathering had been intended as a precursor to a meeting of the township Zoning Hearing Board Thursday night at which the various parties planned to testify. But that portion of the zoning meeting was postponed shortly before the small rally began, due to procedural issues stemming from ongoing litigation.

Resident Shawn McMurtry said she doesn’t think the district has the students’ best interests in mind.

“We need to have sustainability at the forefront of every project,” McMurtry said.

Another resident, Abe Haupt, said he has worked extensively on environmental causes and called the district’s plan “reckless” and “destructive.”