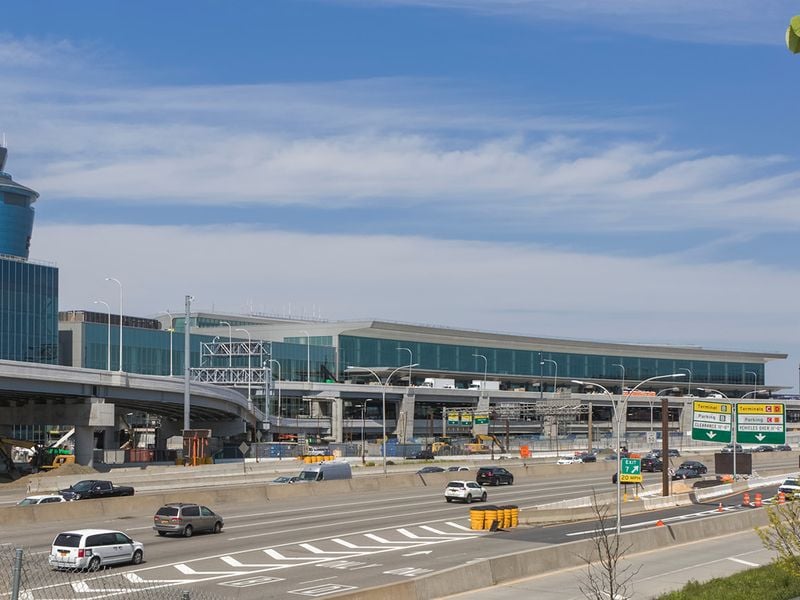 Proponents have argued the initial plan—an elevated line in Willets Point, Queens, linking LaGuardia with the subway and the Long Island Rail Road—is the best one to accomplish Hochul’s goal.

“I don’t think there are any alternatives,” said Tom Grech, CEO of the Queens Chamber of Commerce, an AirTrain supporter. “To this day I believe this is the best choice that causes the least environmental damage, least impact on private property and the most efficient use of the funds that have been made available.”

Opponents of the plan such as Riverkeeper, a local environmental organization, argue that the initial review process was biased and that various options must be considered in a fair and impartial manner

“We’ve never taken a position on which options are the best ones that we should look at,” said Michael Dulong, senior attorney at Riverkeeper. “We want to see a meaningful, credible and transparent process to review them.”

As the two sides go back and forth, here are the top alternatives that have been floated by interested parties to connect Midtown with the beleaguered Queens airport:

The Riders Alliance, a nonprofit transportation group, has suggested the Port Authority would be smarter to invest in expanding existing bus routes, such as the M60 and Q70, that already bring commuters to LaGuardia. The Riders Alliance argued dedicated bus lanes are a low-cost upgrade that would create minimal disruption.

Aside from concerns about possible congestion and increased carbon emissions, the Federal Aviation Administration concluded there is not enough room in the existing roadways around the airport to build enough new bus lanes to transport riders.

“A dedicated bus lane would not be possible at the airport due to physical space limitations,” the FAA noted in its summary. “There is no room to construct a new dedicated non-public road to all LGA terminals, nor is it practical or feasible to dedicate an existing lane for bus service.”

Extension of the N-W subway line

An extension of the NW subway line has been discussed as far back as 20 years ago. Proponents of the N-W subway line extension, such as Sen. Jessica Ramos of Queens, say it will serve parts of Astoria and East Elmhurst that are transit deserts.

In all cases, engineers say, the extension of the NW line either above or below ground requires years of costly construction through neighborhoods in Queens and means the destruction of public and private property.

“We go back to the fact that people will not want to deal with losing lots of homes,” said Carlo Scissura, president and CEO of the New York Building Congress, a group of construction professionals that support the AirTrain plan. “No matter what, it’s a disruptive operation.”

Non-rail modes of transportation were also proposed and reviewed by the FAA during a consideration of alternatives. Setting up a series of ferries to cross the East River and Flushing Bay Promenade to connect Manhattan’s East Side with Queens is an idea advanced even by AirTrain supporters.

“We should do ferries, no matter what,” said Scissura, who advocated for ferries in conjunction with the AirTrain. “We’re a water-born city. It should be ‘Let’s do the ferries now, in the next six months to a year, and then let’s figure out the mass transit.’”

Two criticisms of the ferry system: It wouldn’t be as timely as a 30-minute direct rail link, and it would prove to be unpopular. The FAA noted in its review that a 2013 Citywide Ferry Study conducted by the Economic Development Corp. found only 2% of passengers accessing the airport daily would use such a service.

Increasing the city’s helicopter service to include trips to LaGuardia Airport is another non-rail option that has been advanced. Manhattan has three heliports: West 30th Street, East 34th Street, and downtown near the South Street Seaport.

But increasing helicopter service across the city is considered both controversial and expensive.

“People will fight it because they don’t want the noise,” said Scissura, who also mentioned cost concerns. “Will it be $7 dollars to get on a helicopter from Midtown? No.”

Blade, a private company that provides helicopter service to the airport, currently charges $195 per seat.

Opponents of the AirTrain have long argued that the project interferes with communities and ruins the park that runs along the Flushing Bay Promenade. Instead, one suggested alternative is opening the Grand Central Parkway, the main artery to the airport, to allow more cars the room to arrive on time.

But the FAA concluded any expansion of traffic lanes would not speed up travel times to the airport because traffic volumes and congestion would remain a problem on an expanded parkway, one built in 1933.

Scissura noted construction on widening the road would have an impact on surrounding communities and insisted the idea, like the other alternatives, has its downsides.

“Everything has been studied already,” he said. “It’s not like no one ever looked at these five things. People looked at it and studies were done, and the FAA said yes to the AirTrain.”