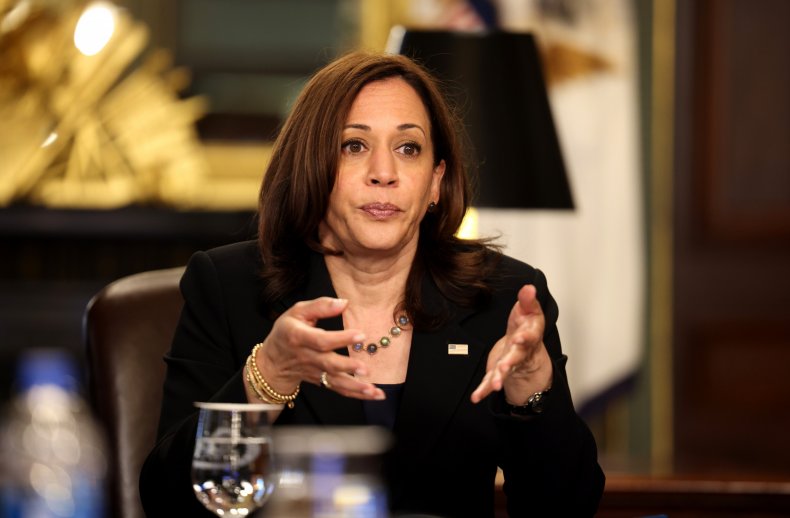 Vice President Kamala Harris has strongly criticized a Texas bill that will introduce new restrictions on voting in the Lone Star State and which is part of a wider push by Republicans to tighten election rules.

Harris took to Twitter on Saturday to condemn the proposed legislation, which is expected to be passed into law, and echo comments made by President Joe Biden.

The Texas bill would eliminate drive-thru voting and 24-hour voting locations, limit Sunday voting to before 1 p.m. and grant greater access to partisan poll watchers, among other measures.

The bill has already passed in the Texas House of Representatives and is expected to be approved by the GOP-controlled state Senate and signed into law by Republican Governor Greg Abbott.

“It’s yet another assault on our democracy. Congress needs to pass the For the People Act and the John Lewis Voting Rights Advancement Act.”

“We need to make it easier for eligible voters to vote. Not harder,” the vice president said.

She was referring to two Democratic bills aimed at expanding voting rights protections that have already passed in the House but face an uphill battle in the evenly divided Senate.

Biden also criticized the proposed law in similar remarks in a statement on Saturday.

“Today, Texas legislators put forth a bill that joins Georgia and Florida in advancing a state law that attacks the sacred right to vote,” the president’s statement said.

“It’s part of an assault on democracy that we’ve seen far too often this year—and often disproportionately targeting Black and Brown Americans.”

“It’s wrong and un-American. In the 21st century, we should be making it easier, not harder, for every eligible voter to vote,” Biden added. “I continue to call on all Americans, of every party and persuasion, to stand up for our democracy and protect the right to vote and the integrity of our elections.”

The Texas bill is part of a slew of Republican efforts to tighten voting laws in the aftermath of former President Donald Trump’s defeat in the 2020 election and the surprise victory of two Democrats in Georgia Senate special elections in January.

Republicans have pushed for stricter voting laws in at least 14 states, including Arizona, Florida, Georgia, and Iowa. The Brennan Center for Justice reports that 389 bills have been introduced that aim to restrict voting since Trump’s defeat.

Biden previously compared a new Georgia elections law to the racist laws of the Jim Crow era. That law, passed in March, limited ballot drop boxes and reduced the length of runoff elections, among other measures. Critics charged that the law’s aim was voter suppression and would disproportionately affect Black voters.

“This is Jim Crow in the 21st Century. It must end. We have a moral and Constitutional obligation to act,” Biden said at the time.

Newsweek has asked the White House and Governor Greg Abbott for comment.