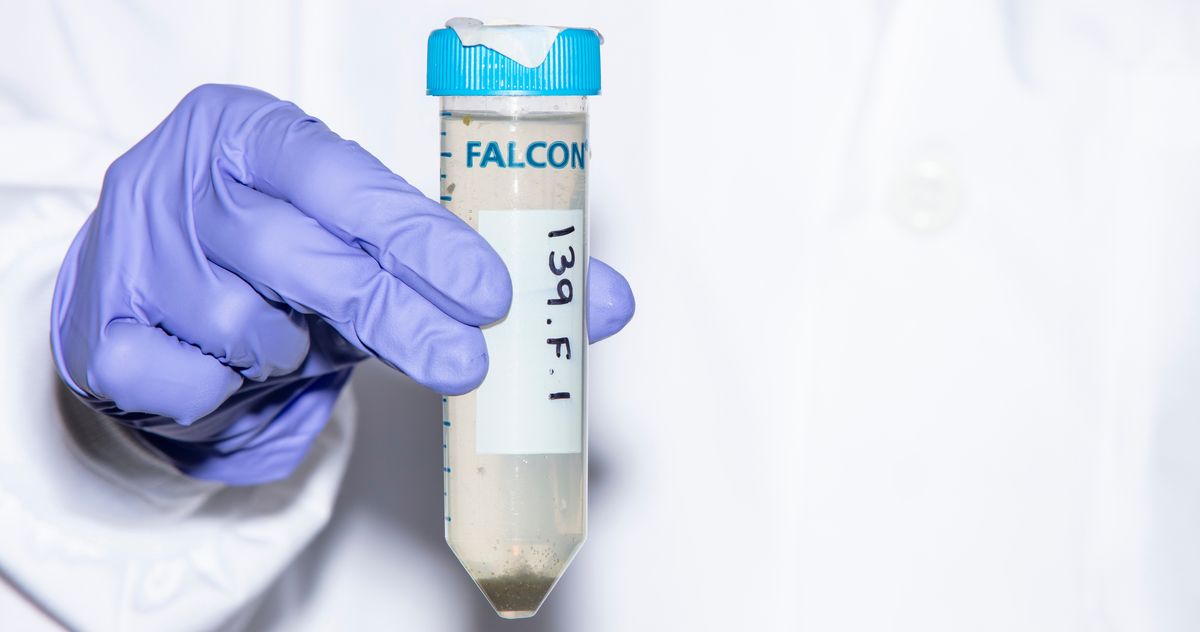 Not everyone gets tested for COVID-19, but everyone poops. That’s the premise behind wastewater epidemiology, one of the areas of research that has been pivotal in understanding the pandemic. With the virus detectable in the stool of asymptomatic and presymptomatic people, using sewage as a population-level testing sample can help predict where and when cases will surge or plummet three to seven days before nose-based testing methods reveal a curve starting to rise or taper off.

Dr. Mariana Matus, the co-founder of the first company to detect the coronavirus in wastewater, Biobot Analytics in Cambridge, Massachusetts, explains how the process works. Clients such as the state of Massachusetts and Miami-Dade County take regular samples from their treatment plants and overnight them to the company’s lab, which runs a PCR test to determine the level of the virus in the water and does genetic sequencing to determine which variant is prevalent. All this can be done with about 15 milliliters of wastewater, or about half an ounce.

So with the seven-day average of COVID cases rocketing toward 1 million, it’s striking that Biobot Analytic’s data suggests a national undercount. “From summer 2020 to fall 2021, we saw a consistent correlation between wastewater concentration and clinical counts of cases,” says Matus. But that correlation broke in December, when the more transmissible Omicron variant began to dominate in the U.S. At the moment, Matus estimates that “there’s the most undercounting of cases at least since the summer of 2020,” when sewage monitoring of COVID began to be implemented at scale. While the company cannot quantify exactly how large the undercount is, Matus says that “however much we were undercounting before Omicron, we are now undercounting five times more.”

Matus cites three reasons for the expanded gap between the data from the toilet and that from the testing center. First is the difficulty accessing PCR tests in areas where there is high demand, even though we are testing more than at any other point during the pandemic. Second, because of the difficulty of getting PCR tests — and the increasing ease of finding rapid tests — millions of Americans are isolating after testing positive at home, which means their case is not being logged in their state’s official COVID reports. Third is the less severe nature of Omicron in many vaccinated patients: People who may be carrying the virus but are asymptomatic or have mild symptoms may “not think about taking any sort of test,” she says.

For those following the Boston-area wastewater data, the trend we’re seeing is not unique to Boston: https://t.co/har8c6dLbU pic.twitter.com/XK0vJudeq9

With COVID ICU admissions threatening the all-time record and the daily average of deaths pushing 2,000, such an extreme surge may soon rid Omicron of its reputation as the less dangerous variant at the population level. But there appears to be some good news from the sewer. While Matus says COVID in the wastewater is at a “record high,” the levels are sharply declining in Boston, where the company launched and the cases have only just peaked. After a confounding winter, there’s a light at the end of the sewer pipe.

While wastewater epidemiology has quickly become a recognized field in public health, only a few years ago it was an object of humor at MIT, where Matus did her Ph.D. in computational biology. “Most people in my lab laughed about it,” she says. “They didn’t know how to think about it. They thought it was funny but not really promising.” Bathroom jokes aside, colleagues in her lab had concerns about the scale of the project and the possibility that the amount of variables in municipal wastewater could make getting accurate results impossible. But it had worked in other countries, most notably in Israel, where public-health officials tracked and isolated an outbreak of polio in 2013. And by tracing the levels of a virus known as PMMV — which is trouble for bell peppers but harmless in the human gut — the team found a control to measure the precise signal they were looking for in all that noise.

Together with co-founder and architect Newsha Ghaeli, Matus started the company in 2017 to prove their concept of commercializing data from sewage, setting up camp at a manhole in Cambridge that caught waste from bustling Central Square. Their initial focus was to track the other dominant public-health crisis of the past decade: opioids. But as COVID hijacked research budgets throughout the field, Biobot switched over to tracing the pandemic, becoming the first team in the country to detect SARS-CoV-2 in wastewater in March 2020. The initial process essentially involved PCR-testing samples of sewage; but as of late last year, the company figured out how to use DNA sequencing to detect mutations, and it is now able to track individual variants.

While the method is not a cure-all — the level of virus a person sheds in their stool fluctuates considerably, and there’s no way it diagnose an individual with COVID — it has already been proved valuable both as a pandemic response and as a start-up investment. After setting up a wastewater monitoring program for the Department of Health and Human Services last summer, the firm is now contracted throughout the country. After hooking up with Y Combinator, it closed a $4.2 million seed round in April and scored $20 million more in October.

With the national prevention strategy moving toward living with the virus, Matus sees wastewater testing as a crucial part of a future when COVID is endemic and “people are getting tested less, so that data source becomes less trustable.” And with genomic sequencing now possible, she says the “holy grail would be able to identify and flag completely new threats that nobody knows about yet before we know about them.” Though it took a few months for wastewater epidemiology to become a tool to track COVID, it appears we’ll be looking to the sewers right away to understand the next pandemic.