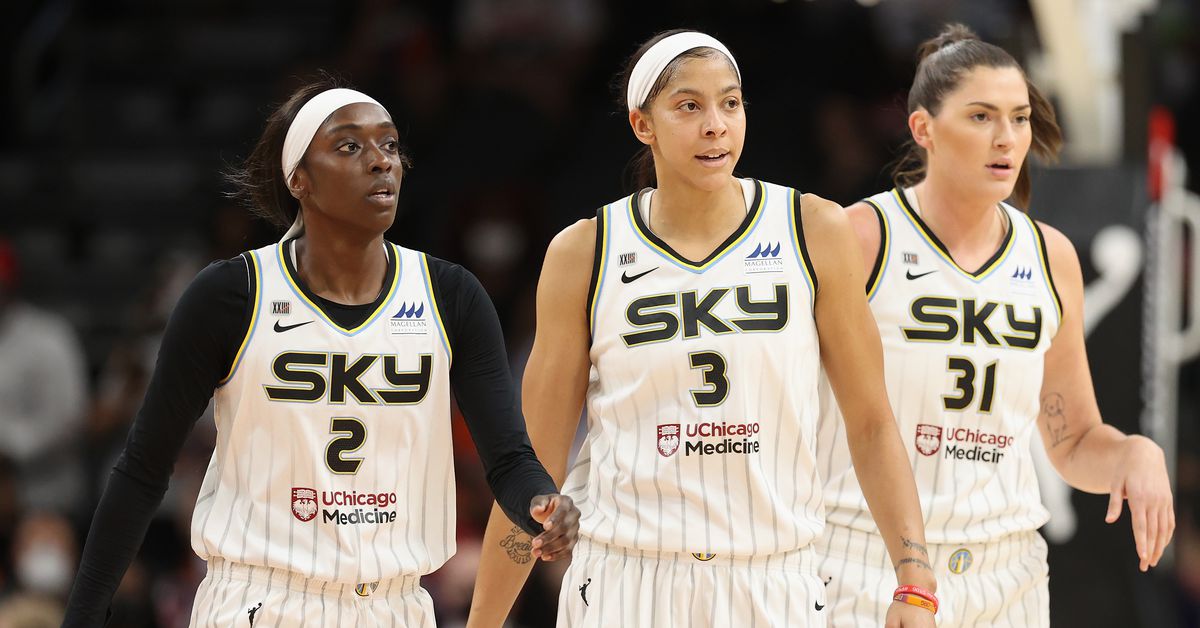 Sky star Candace Parker is the type of person who needs to see things for herself to believe them. So when she heard Wintrust Arena had sold out for Game 3 of the WNBA Finals against the Phoenix Mercury, she had to investigate.

“There were no available tickets online,” Parker reported. “I went on Ticketmaster, and the resale value was amazing.

“It’s great for our fans, the city of Chicago and the WNBA.”

The Sky are back in the same place they were in the semifinals against the Connecticut Sun: playing at home in the third game of a best-of-five series that’s tied at one game apiece. It’s a must-win situation — they can’t afford to give the Mercury and star guard Diana Taurasi any more momentum.

After the Mercury’s 14-point loss in the Finals opener Sunday, Taurasi had a message about how her team would respond.

“We’ll be grimy and gutsy,” she said.

In Game 2, Taurasi was both. She had just six points through three quarters Wednesday, but by the end of regulation, she’d doubled that; she then poured in eight more in overtime to finish with 20. Her performance, combined with center Brittney Griner’s game-high 29 points and a double-double by guard Skylar Diggins-Smith, was more than the Sky could handle.

To get a win Friday night, the Sky don’t have to reinvent the wheel. They were as composed in Game 2 as in many of their other games this postseason. The difference was they missed easy looks, gave up a few key turnovers and failed to defend the rim late. In the fourth quarter, the Mercury shot 56.3%, with seven of their nine baskets, including four by Griner, coming in the paint.

The Sky still outscored the Mercury 50-40 in the paint, but they struggled to get to the basket in the fourth quarter, especially guard/forward Kahleah Copper, who went 7-for-14 for the night but got to the rim just once in the final 10 minutes of regulation. That contributed to the Sky’s lack of free-throw opportunities; they went to the line four times compared to the Mercury’s 11. That will be another key to the Sky winning Game 3; they were 11-for-11 at the line in winning Game 1.

Containing Griner is equally important. The Sky can’t afford to let her have another 29-point night. It’s nearly impossible to shut her down, but in Game 1, the Sky held her to 46.7% shooting and just six rebounds.

And that’s the next point of emphasis: outrebounding the Mercury and limiting their second-chance looks. The Sky had the rebounding edge in both Games 1 and 2 but gave up key second-chance rebounds late.

Lastly, the Sky need to get guard Allie Quigley going from three-point range. The Mercury don’t have the depth to keep up with her and Copper off the ball. If Quigley can continue her midrange success and also hurt them from behind the arc, it’s likely game over. She finished with 19 points in Game 2 but only went 3-for-12 from three-point range, where she’s shooting 26% this series.

With free agency looming and all but four Sky players set to become free agents, there’s pressure to win this title now. Game 3, while not an elimination game, will be critical.

“Throughout these playoffs, I don’t think we’ve gotten too high or too low,” Parker said. “Now we have to use [our home court] to our advantage.”