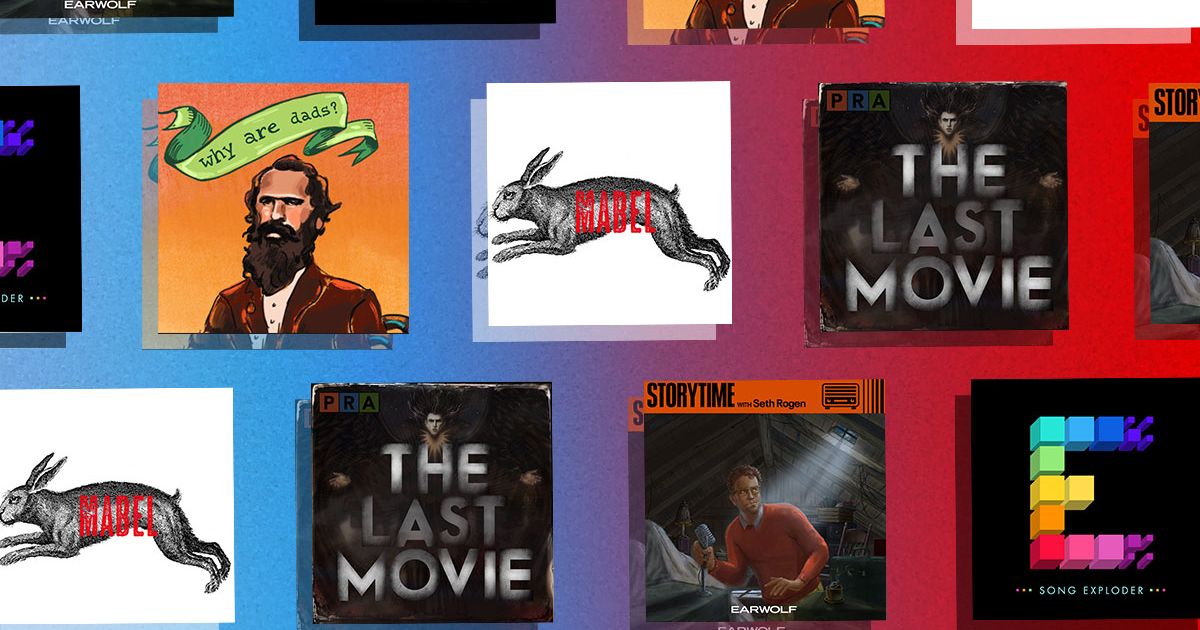 This article was featured in 1.5x Speed, New York’s podcast recommendation newsletter. Sign up here to get it weekly.

Hey everyone. This week, we blow up “God.”

As always, tell me what you’re listening to. You can reach me at [email protected] or find me on Twitter.

And hey, if you like this newsletter, consider forwarding it to that person in your life who says, “Podcasts suffer from a discovery problem.” Does it, though?

An intriguing departure from a beloved music podcast.
Available on all platforms. Listen here.

As longtime listeners of the music podcast can attest, this represents a departure from the standard formula. Song Exploder is fundamentally an interview show that minimizes the interviewer and emphasizes the music, with creator Hrishikesh Hirway typically building each episode with active participation from the artist. It’s a process that equally involves extracting music stems as it does the artist’s thinking of what went into them. Of course, Lennon died four decades ago, meaning that this episode marks Song Exploder’s very first posthumous study in the podcast’s seven-year existence.

Due to its special nature, the episode required an alternative approach, one that relies heavily on old interviews, archival tape, more narration from Hirway than usual, and secondary retrospection. For that last component, Hirway leaned on fresh interviews with Klaus Voormann, who played bass on the track and whose rich history with the Beatles meant he was able to provide valuable insight and memory that’s able to tie the narrative together.

As Hirway told me over email, this episode was made with participation by the John Lennon estate, particularly through Simon Hilton and Sam Gannon, whom he described as having an encyclopedic knowledge of the estate’s archives. He also told me that plans for this entry began back in February, when a publicist at Universal, Tim Plumley, reached out with the idea, which came as he was preparing to assist with the publicity of the recent 50th-anniversary reissue of John Lennon/Plastic Ono Band. Hirway was game, and brought back former Song Exploder producer Christian Koons to help with the episode, which ended up taking months to put together. “We accumulated stems, outtakes, interviews; whatever seemed relevant to this song,” explained Hirway.

When I asked if this experience made him want to produce more archive-driven episodes in the future, Hirway was skeptical. “No, I don’t think so, and not simply because it was a lot more work than usual,” he said. “If there were another circumstance where a generation-defining artist had made a song, and every take in the studio was recorded, along with the chatter between takes, and every interview was preserved, and all the home recordings were still intact … then I think I would be down. But most artists don’t have that kind of foresight or sense of posterity.”

He added, “These were very rare circumstances — maybe even unique.”

Not your average celebrity podcast.
Available on all platforms. Listen here.

On any given day, I’m prone to involuntarily remembering any of the countless instances in which I made an ass of myself publicly in a way that feels utterly irredeemable in the moment. Though they are probably just minor social infractions in reality, the memory is nevertheless potent enough to send me careening into a pit of melancholia and self-loathing, a state that can last for days.

The deafening melodrama of one’s subjective experience lies at the heart of Storytime With Seth Rogen, the new Earwolf podcast that serves as the actor-comedian-writer-ceramicist’s first major project in the audio business. The premise is conceptually simple: Guests are brought on to recount a great story from their lives — “great” being broadly defined — which the Storytime team then renders in a manner that feels emotionally true to the guest telling it.

“I will try to honor the story and its stakes in your life,” Rogen explained to me when we spoke recently about the show. “The story might seem low-stakes in the grand scale of the universe, but to the people experiencing them — even if the story is just, like, how you accidentally insulted someone — in your head, it could be as though you’re in the midst of Michael Clayton.”

The result is one of the more enjoyable shows I’ve heard all year, and certainly the most interesting entry in the bumper crop of celebrity-led podcasts that has been flooding the charts these days. What I particularly appreciate about the show is how it never seems to settle for the most obvious version of what it could be: The guests aren’t always famous (though many of them are, including Quinta Brunson, Ike Barinholtz, and Paul Scheer, among others), the path of each episode isn’t always expected, and the emotional arcs of each story aren’t always clean.

Crucial to the show’s approach is the involvement of Richard Parks III, of Richard’s Famous Food Podcast, as Storytime’s lead producer. I’ve written about my appreciation for RFFP before, and the way Parks’s technical control over his singular weirdness leads to a show that’s the podcast equivalent of an Adult Swim cartoon. Here, Parks’s skill set is applied to great effect, marrying his tendency to be a little too extra with Rogen’s stoner sensibilities to create something that’s in a class all on its own.

➽ Cheers to the end of an era. In a short dispatch that dropped Monday, You’re Wrong About co-host Michael Hobbes announced that he’s stepping away from the show. The choice, as he explained on the episode, was a personal one, a mixture of needing a creative reboot and the juice that can only come with new projects. He’s off to figure out what comes next, though he will continue to co-host Maintenance Phase with Aubrey Gordon. Meanwhile, regular You’re Wrong About listeners — like myself! — shouldn’t despair, as Sarah Marshall will continue anchoring the show with a series of guest co-hosts lined up for the weeks ahead. (Marshall, by the way, can also be found on a second show, You Are Good, a “feelings podcast about movies,” with Alex Steed.)

I’ll miss the Marshall-Hobbes era, but you gotta put yourself first. In any case, I’m excited to see what Hobbes gets up to next and where Marshall will take the show moving forward.

➽ Speaking of Maintenance Phase, I added that show, along with a few others, in the latest update of my Best Podcasts of 2021 (So Far) list.

➽ Finally, I wrote a longer review of Suspect, which I recommended in this newsletter a few weeks ago, where I dug a little deeper into what I feel is a disconnect between the raw quality of that show and the general stale feeling of the true-crime podcast genre …

This week’s submission comes from Emily S., who gives us two selections.

“I like the level of complexity, poetry, and theater in Mabel’s queer horror-meets-love story — especially considering that it’s written, performed, and produced by only two people. In this fictional world, faeries are real and quite evil, while stable things like houses and time are flexible. Two women fall in love via voice-mail recordings while inside the same house — but stuck in different dimensions. The combination of folklore and deep sense of unease sucks you into Mabel’s world entirely.”

“The Last Movie’s first season is fairly predictable ‘last thing you see before you die’ fare, but the second season gets interesting: Two podcast interns find an ever-changing clip of a film they can’t identify, and quickly learn during their search that responding to a strangely worded ad seeking cast and crew for a movie that was never released is the one action linking a number of missing people from different eras and locations.”

And that’s a wrap for 1.5x Speed! Hope you enjoyed it. We’re back next week, but in the meantime: Send podcast recommendations, feedback, or just say hello at [email protected].

1.5x Speed: A Weekly Newsletter of Podcast Recommendations and Reviews