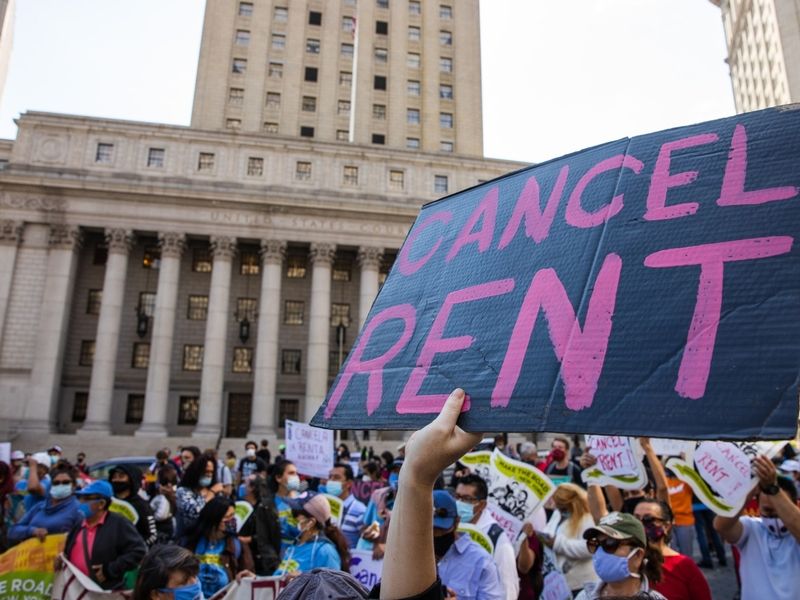 But there was little talk of extending the moratorium this time around, and Hochul confirmed that Jan. 15 would be its official end date on Tuesday. Longtime backers of the moratorium are now turning to what they characterize as more systemic, longer-term solutions for protecting tenants.

Good cause eviction is among the more high-profile issues advocates have already started to focus on. With few exceptions, the bill would ban landlords from denying lease renewals to tenants unless they have a good reason.

The state Senate held a Jan. 7 hearing on the proposal. Under the bill before legislators, tenants could be evicted if the landlord wants to use the space as his or her primary residence or if tenants do not pay rent, cause a nuisance or use the property for illegal activity. Rent increases would also be limited to either 3% or 1.5% of the consumer price index.

“I know in my district, some market-rate tenants who don’t have protections don’t complain for fear of losing their lease when it expires,” said Assemblywoman Linda Rosenthal. “That is what the good cause bill and effort is about, and that would protect tenants against frivolous evictions.”

Legal Aid supports good cause eviction as well, and the organization is also pushing to create a housing access voucher program that would essentially create a state section 8 program giving people subsidies to stay in their homes, according to Judith Goldiner, the attorney in charge of the Legal Aid Society’s civil law reform unit.

Advocates and legislators are also redoubling their focus on shoring up the state’s rent-relief portal, which just resumed accepting applications at 10 p.m. Tuesday following a court order. Tenants who apply for funding from the Emergency Rental Assistance Program are protected from evictions while their application is pending, although state officials say they have obligated all $2.4 billion of the program’s initial funding, and the additional $27.2 million approved by the federal government will not even be enough to cover the current backlog of applications.

“We have to make sure that money gets allocated and helps tenants that need it,” said state Assemblyman Harvey Epstein, “so there are solutions in the pipeline, and the goal is to not have people evicted because they couldn’t pay their rent during the pandemic.”