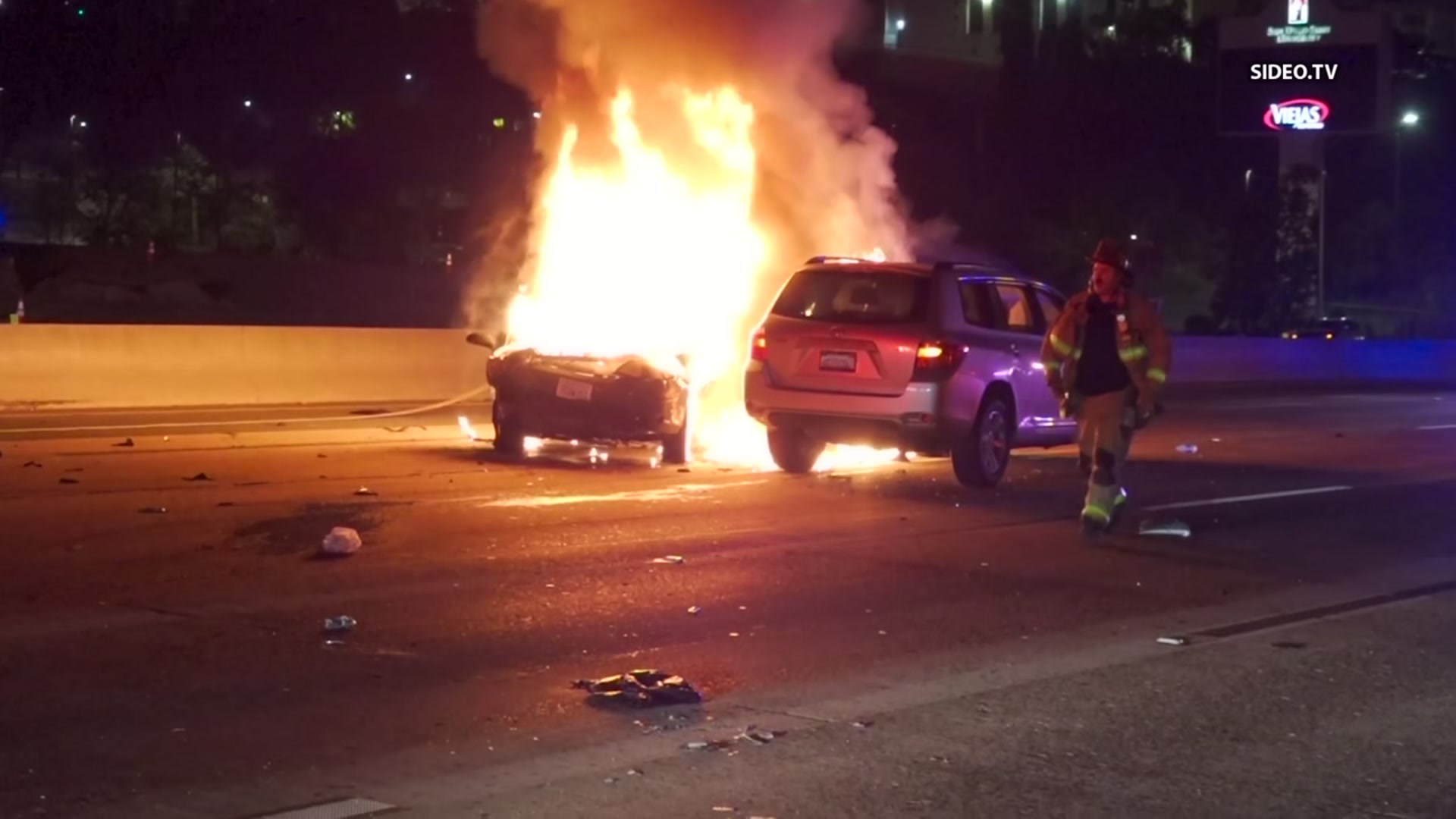 A group of good Samaritans bravely pulled a man out of a burning vehicle overnight after it caught fire while on Interstate 8 near the College Area.

The trouble began when an SUV stalled on the freeway at about 12:30 a.m. Tuesday for reasons still under investigation. Two other cars crashed into that vehicle, causing the SUV to produce smoke.

Several people saw the incident and then quickly stepped into action to save the driver of the stalled vehicle.

“We ended up grabbing his legs and pulled him out first and I ended up grabbing the backside of his torso with somebody else and we ended up carrying him off to the side because the vehicle was currently on fire while that was going on,” Nick Lehay recalled of the heroic effort.”

Thankfully, their efforts proved successful so Lehay said he returned to the vehicle to see if anyone else was trapped.

“I ended up coming back to see if there were more people in the car. I couldn’t see anything; the car was pretty much up smoke at that point.”

Authorities said at least three people involved in the crash were hospitalized with injuries. The extent of those wounds and those individuals’ conditions are unclear.

The investigation is ongoing.