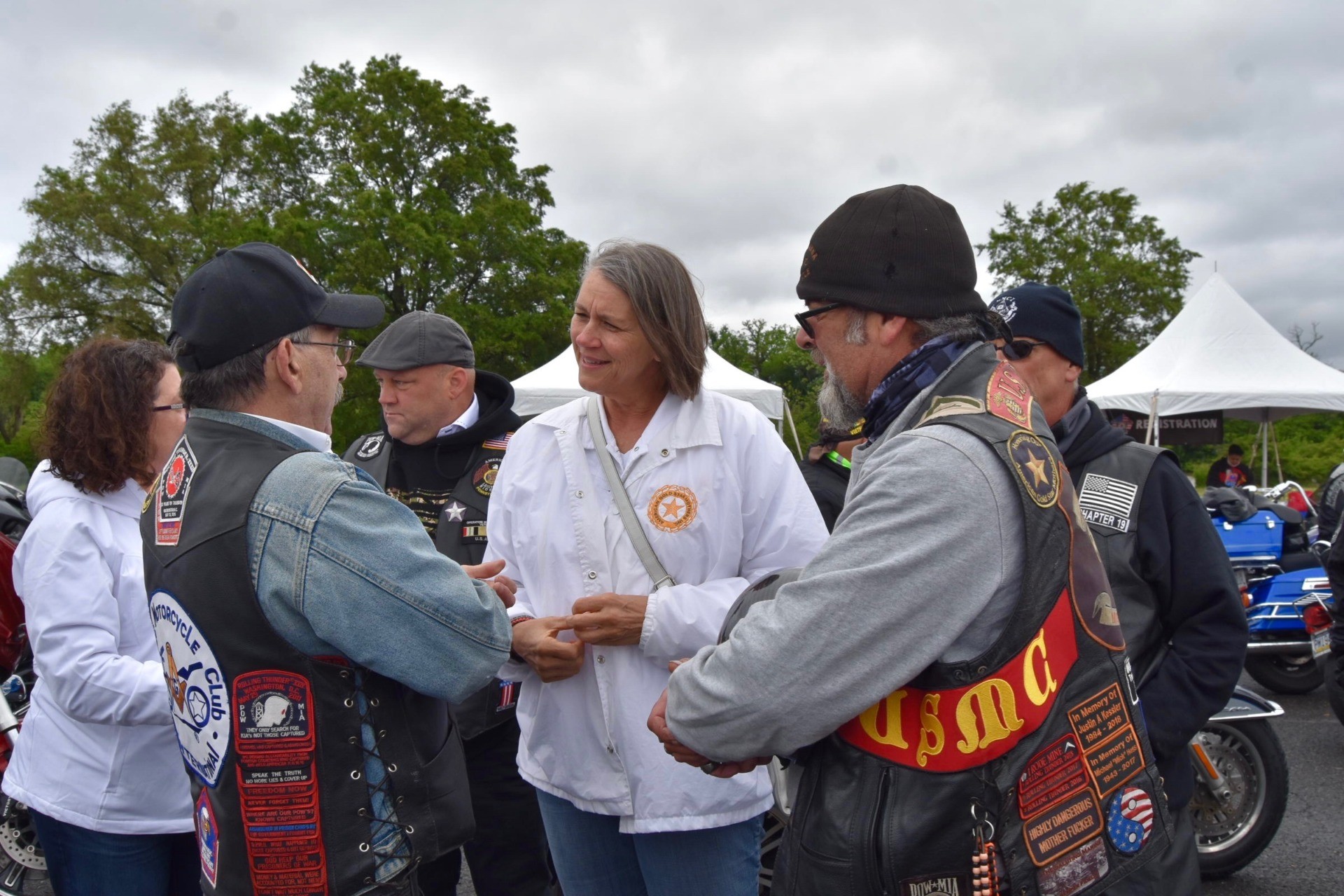 American Gold Star Mothers were the guests of honor at the Rolling to Remember event on Sunday, leading thousands of bikers as they rode by war memorials on the National Mall to honor fallen soldiers, those still missing in action or prisoners of war, and the military men and women who take their own lives.

Four of those moms — Pam Stemple, Teresa Bullock, Elaine Brattain, and Ginger Emerson — told Breitbart News they were thrilled to be honored but even more moved that Americans like those who took part in the event care about the sacrifices they and their lost loved one made.

Gold Star Mom Pam Stemple, right, and Teresa Bullock chatted with bikers on Sunday before taking a seat of honor on a bike for the Rolling to Remember event. (Penny Starr/Breibart News)

“Sometimes when you get to the point when you think, ‘Wow, are we the only ones who care?’ this happens, ” Brattain said.

Bullock wore her son’s dog tags and a button with a picture of her son, his wife, and their young child.

Veterans from across the country donated more than $4,000 to the organization, which works to support mothers who have lost children to military service.