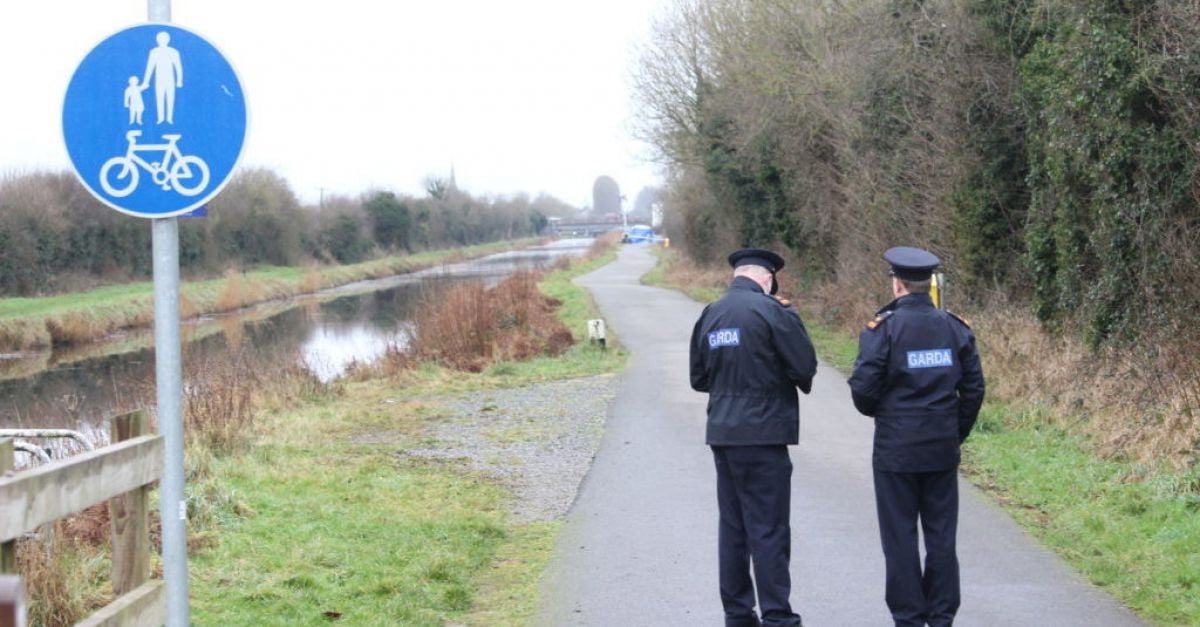 A Garda investigation into the killing of Ashling Murphy could go in “multiple directions,” according to former Assistant Garda Commissioner for Dublin Dr Pat Leahy.

Gardaí are continuing to hunt for the killer of the 23-year-old schoolteacher from Co Offaly, after releasing a man they had been questioning late on Thursday night, stating he was “no longer a suspect”.

Dr Leahy said investigations are not “linear processes” and that “around the clock” investigative activities always continue in such cases, even when a suspect is being questioned.

He told the Today with Claire Byrne show on RTÉ Radio that the murder investigation so far shows all of the hallmarks of a professional commitment to exploring all of the evidence and pursuing the truth.

A “wide net of Garda activity” is under way in relation to the killing, he said.

“Door to door enquiries will be conducted. You have forensic scientists working on this. You have telephone and CCTV analysts, scenes of crimes experts. Conferences will be taking place and they will be pursuing multiple lines. There will be total commitment on this from the investigating team.

“(Gardaí) won’t see their families for some considerable length of time because they will be totally and utterly committed to pursuing this and delivering justice for Ashling and her family and the community in Tullamore.”

Dr Leahy urged the public to come forward with information on the case, even if they believe it is minor in significance.

“No matter how insignificant it may appear to you, it may be just what is required to connect two other strands of information,” he said.

“Or if something just doesn’t sit right. There will be people who will notice activities that maybe a little bit out of ordinary. Come forward and talk to the gardaí and let them determine whether it is valuable or not. It is something very small that this investigation may turn on.”

Dr Leahy praised the people of Tullamore and Irish public for the support they have shown since the death of the school teacher, whilst extending his condolences to the family of Ms Murphy.

The murder of the 23-year-old in Tullamore on Wednesday has triggered widespread outpourings of grief and anger, with vigils planned in towns and cities across Ireland on Friday and over the coming days.

On Friday morning, gardaí issued a renewed appeal for witnesses and asked anyone with information about a “Falcon Storm mountain bike” with “straight handlebars and distinctive yellow/green front forks” to come forward.

On Thursday, gardaí promised to leave “no stone unturned” in bringing Ms Murphy’s killer to justice.

Ms Murphy, a primary school teacher in Tullamore, was killed on Wednesday afternoon while running along the banks of the Grand Canal.

Those who knew her described her as a gifted musician who was loved by her pupils.

Her death has sparked fresh conversations about the safety of women in Ireland, with many questioning how such an attack could happen in broad daylight.

Several hundred people attended a vigil in memory of Ms Murphy in Galway on Thursday night. Many in the crowd brought flowers and candles to the vigil.

Senior Irish politicians promised that justice would be delivered for Ms Murphy’s family and condemned violence against women.

“The entire country is devastated and shocked by the violent and barbaric killing of Ashling Murphy, a young woman in the prime of her life,” he said.

“There is no place in our society for violence, particularly violence against women. It cannot and will not be tolerated.

“The safety and security of women is at the core of our society’s values.”

Tánaiste Leo Varadkar expressed his condolences to the family of Ms Murphy.

He tweeted: “There must be zero tolerance for any violence against women.”

“Every effort is being made to make sure justice is served,” he added.

Dublin, Galway, and Belfast are among the locations where vigils have already been arranged, with the impact of the attack felt on both sides of the Irish border.

Superintendent Eamonn Curley told reporters that around 50 officers are working on the investigation as he appealed for witnesses to come forward.

He said gardaí do not believe Ms Murphy knew her killer and said he is likely a “male who acted alone”.

The murder scene remained closed off at the Grand Canal throughout Thursday as the murder probe continued.

Gardaí also confirmed a post-mortem examination has been completed.

My thoughts tonight are with the family of the young woman killed in a truly shocking crime, with her friends and with her community.
Please anyone with information, come forward to An Garda Síochána. The Gardai will investigate this awful crime and ensure justice is done.

The route along the Grand Canal is often busy and is a popular spot for walkers and joggers.

Floral tributes were left outside the school gates of Durrow National School, where Ms Murphy taught, as the local community reeled in the wake of the attack.

He told RTÉ radio Ms Murphy was a “bright light who put a smile on anyone’s face”.

He added: “Ashling was a shining light to the kids and a very professional and talented young teacher.

“She was an inspiration to so many, not just in our school but across the wider community of schools.”

A young woman can’t even go for a run along a canal pathway- at four o’clock in the middle of the day -only to be attacked & murdered 😰Sincere sympathies to her family. We need to urgently address why we live in a country where this can happen!

Dr Labhras O Murchu, from traditional music organisation Comhaltas, said Ms Murphy was “among the finest exponents of the concertina and fiddle and was also learning the uilleann pipes”, adding: “We know that she and her family are at the heart of her local community.

“She was a much-loved school teacher and had so much to offer in so many ways.”

Declan Harvey, Fianna Fáil councillor for the area, said: “I am devastated.

“I couldn’t sleep last night thinking of it all because it is a place I go all the time.

‘A mix of rage and sadness’: Hundreds gather at vi…

“She went there jogging, she does it regularly. I am lost for words.”

Mr Harvey said it is a route that he and his family often walk.

“It’s a lovely area and helps clear your head. It’s a very popular route that everyone takes. People walk their dogs, people with their kids and prams.”