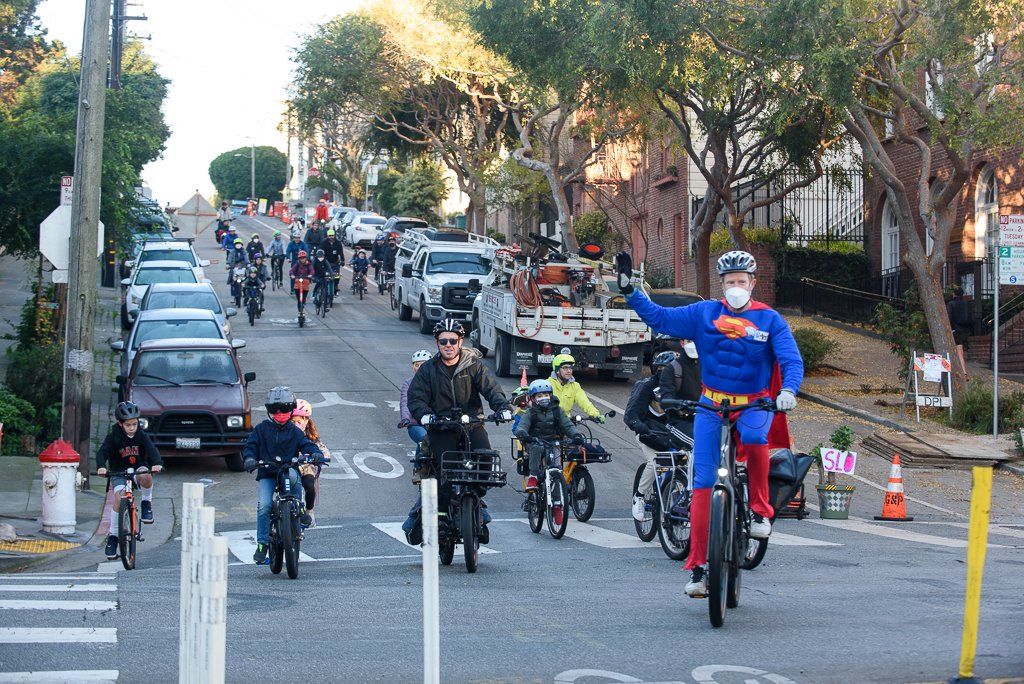 One dad’s vision has turned into a pedal-powered Critical Mass for kids, as the second iteration drew more than triple the number than last month’s morning bike meetup.

When SF dad Peter Belden started a monthly “Bike Bus” ride for kids heading to school in December, he told SFGate “There were almost 30 people in the bus, and I think the next one will be double or triple.” Well, that “next one” was this morning, starting at 7:30 a.m. at Eighth Avenue in Golden Gate Park.

And eyewitness accounts say Belden got more than double or triple those numbers. One rider tweeted that the meetup drew “over 100 kids, families, and supporters riding safely to school,” and the above video from the Page Slow Street Instagram account indicates there may have been more.

This concept seems to have started in Barcelona, which NPR reports is known as the “bicibús.” Those every-Friday rides spread to other cities in Spain, and apparently now to San Francisco as well.

And it is kind of a political advocacy move, as these are organized by KidSafe SF, who are vocal proponents of keeping JFK Drive car-free, the car-free Great Highway, and keeping Slow Streets.

There is not a specific announced date announced for a February Bike Bus, but the Page Slow Streets site says “there will be future events as well.“ They encourage interested riders of all ages to register with KidSafeSF for more information.