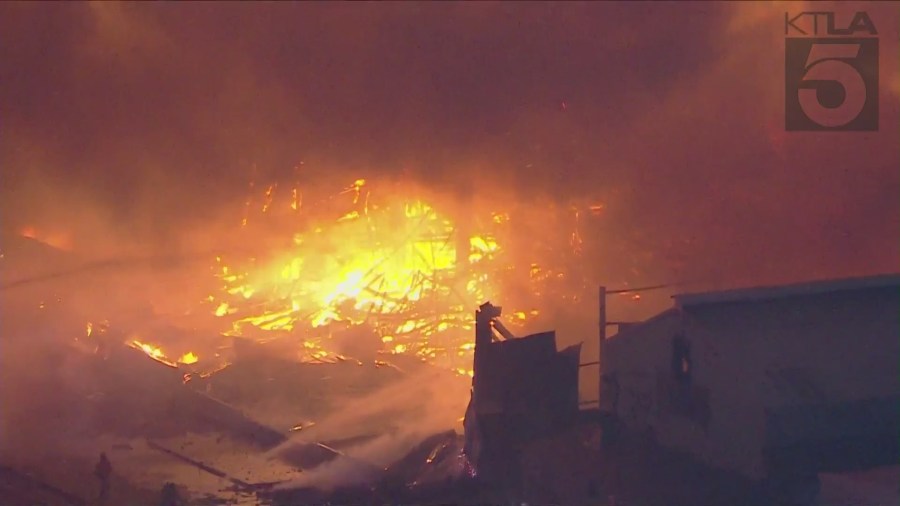 Firefighters were battling a blaze at a commercial structure in Huntington Park on Monday night, officials reported.

The fire was reported around 8:29 p.m. at a shoe factory located at Salt Lake Avenue and E. Gage Avenue, the Los Angeles County Fire Department reported.

Aerial video from Sky5 showed heavy fire and smoke could be seen emanating from the 200 X 200 commercial structure.

Several crews were seen fighting the fire from the ground and from a roof.

The cause of the fire was immediately unknown.

Check back for updates on this developing story.